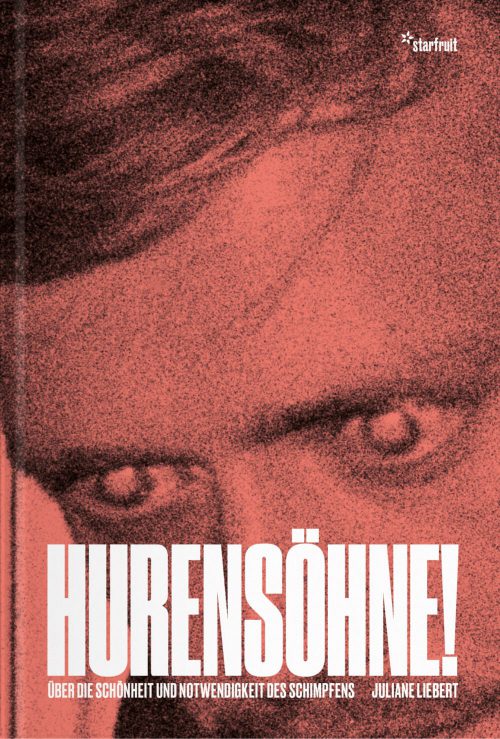 Juliane Liebert is an author and journalist with a special soft spot for pop, in the best tradition of a Clara Drechsler or Frieda Grafe, her texts always trigger unique, clever and surprising sparks. Liebert's essay “Hurensöhne! – Über die Schönheit und Notwendigkeit des Schimpfens” is a praise of coarse anger, an apotheosis of clever and creative insulting, an insulting that is both liberating and is (almost) always aware of its ridiculousness, misery and helplessness. Juliane Liebert's examination of poems, songs and texts a.o. by François Villon, Louis-Ferdinand Céline, Georg Kreisler, the Saporoger Kosaken, Sean Bonney or Ton Steine Scherben is not only analytical, but also an sympathetical. If it bursts the corsage of linguistic behaving in a tempest of unbound emotionality, it equally is an expression of anarchic power and protest against linguistic norms and social control.

Erman Aksoy's blow-up pictures (a fiery ear, an angry look, a bared tongue) are a visual counterpart. They fix moments of distorted facial expressions and gestures, moments of anger, disgust and confrontation. Photographic retinal attacks as an artistic reflection on the nature of abuse and rage. "Perhaps one should establish beautiful scolding as a language of love," suggests Juliane Liebert. "Scolding is the bowel movement of the soul," says the vernacular. So praise, praise or revile this book. Otherwise you will forever braise in the forecourt of hell, in a stinking toilet tub or as an expectoration in the gutter of the world's most miserable street! 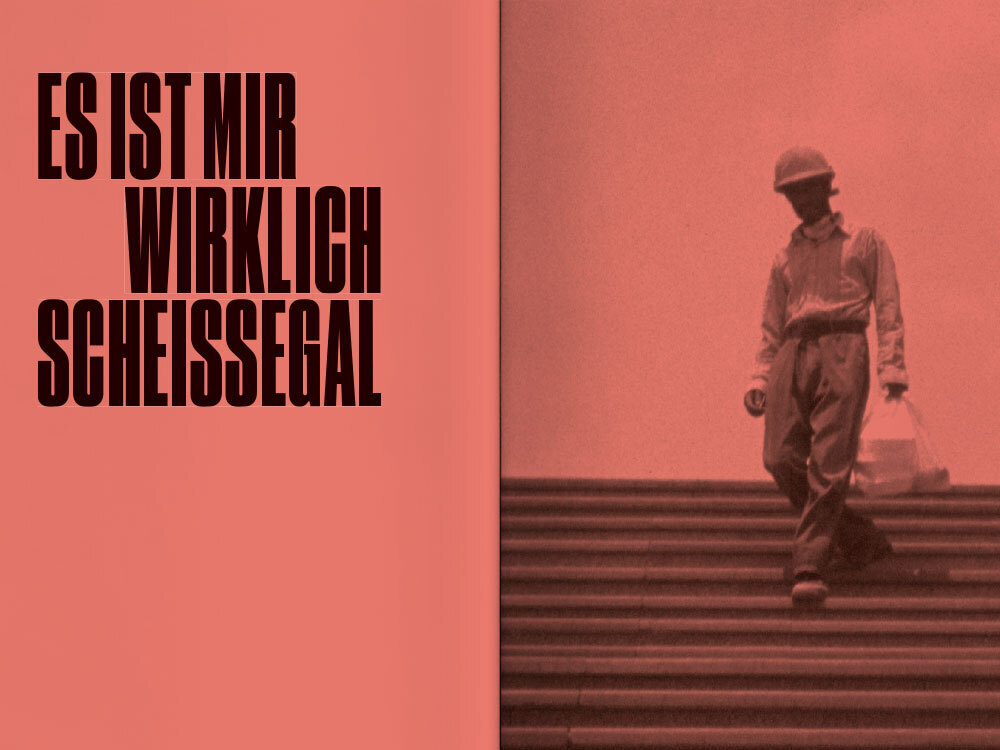 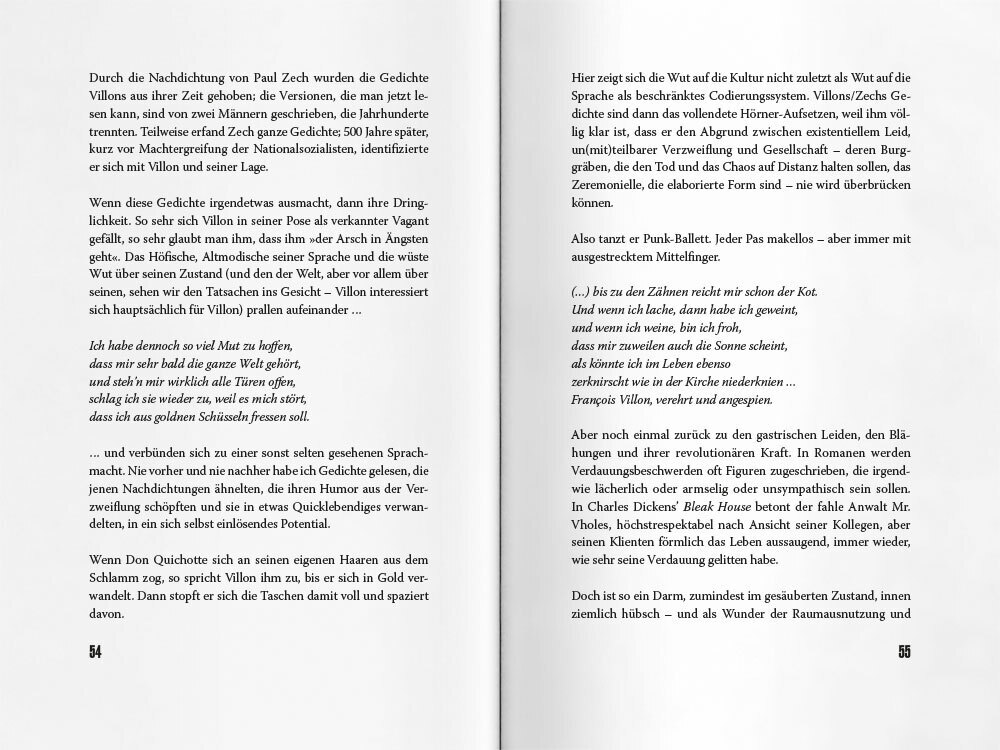 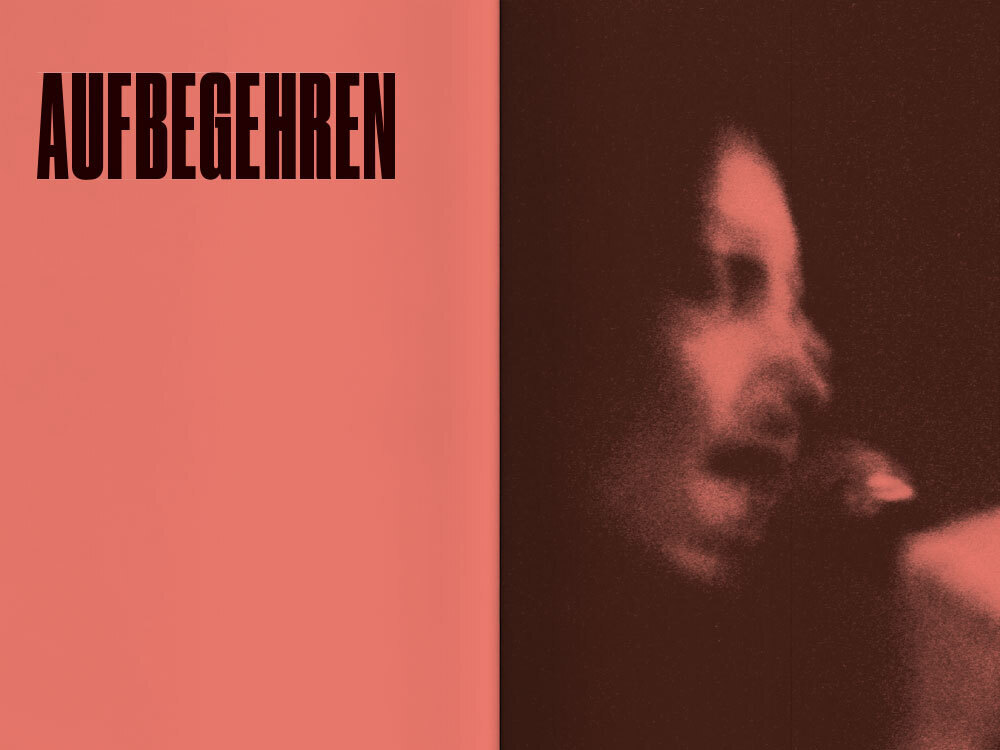 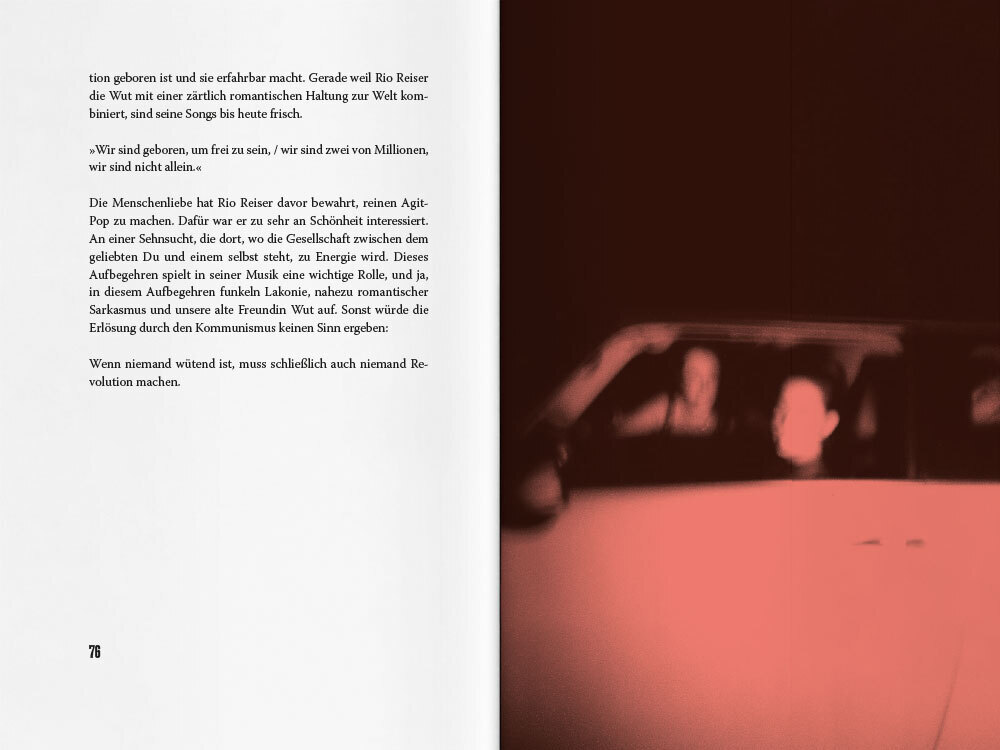 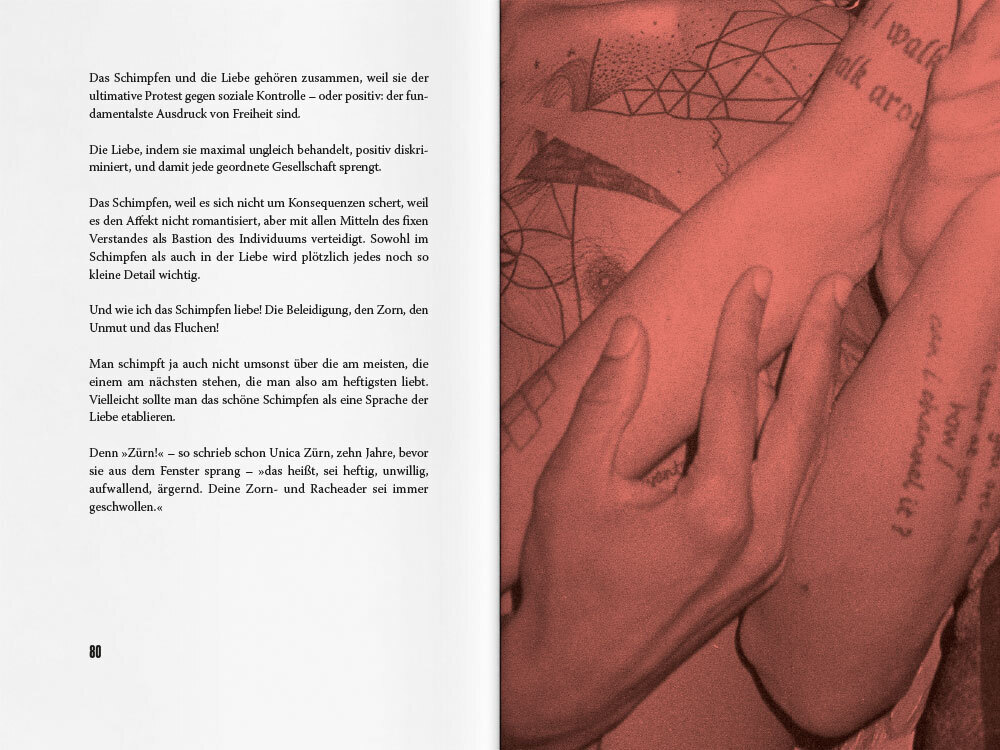 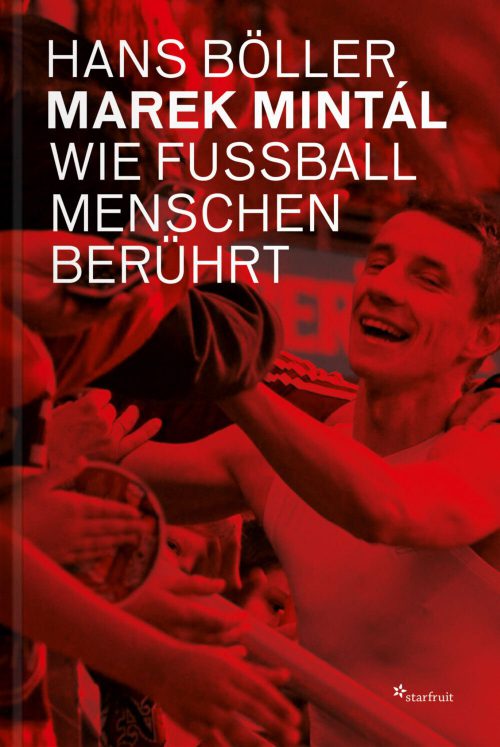 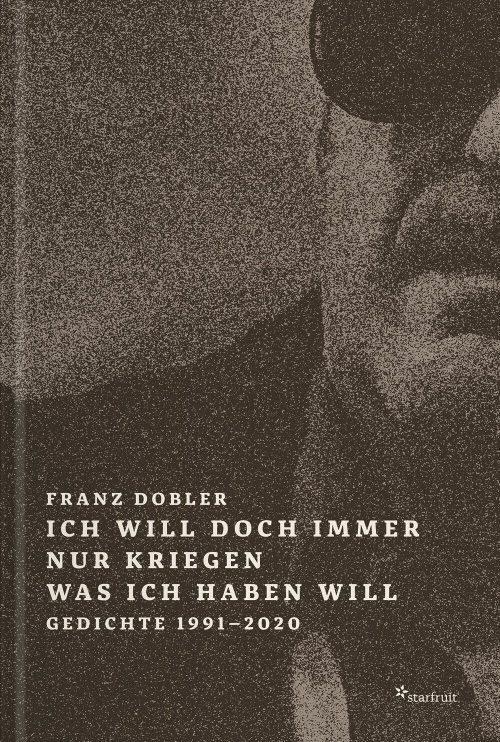