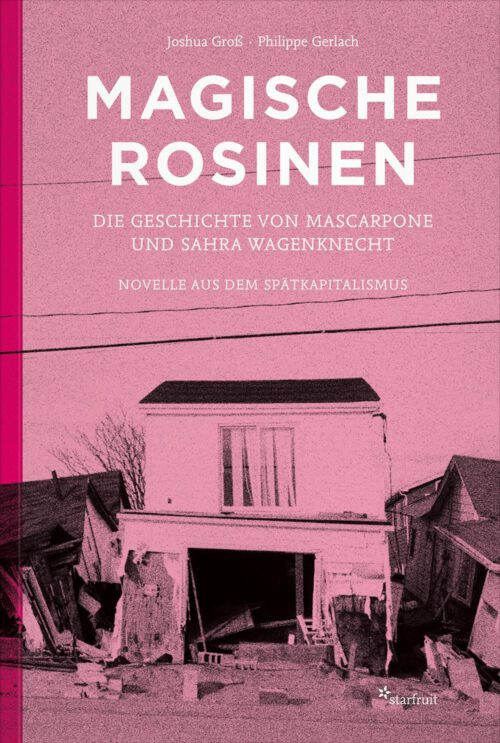 “One of the most impressive debuts of the last few years” is how Bayerische Rundfunk described Joshua Groß’s debut novel Der Trost von Telefonzellen (“The Solace of Telephone Booths”) – “a literary discovery”, announced the Nürnberger Nachrichten, while cultural blog apfelknecht.de declared it a “coming-of-beat novel”. It’s now followed by Joshua Groß’s second work, the novella Magische Rosinen (“Magic Raisins”), once again with photographs by Philippe Gerlach. Petty criminal music fetishist Mascarpone and the proud and defiant Sahra Wagenknecht, fearless champion of a radical social future, fall for one another and realise that utopia could absolutely become real. They set out in search of the magic raisins – a miracle formula to set the human mind free. Whether these magic raisins even exist is, of course, doubtful. In the words of Sahra Wagenknecht: “Nobody believes they exist, but everyone wants them.” The magnetism that binds Mascarpone and Wagenknecht takes them on a wild trip to New York, where there is a showdown between stubborn surf-musicians, wild revolutionaries and unrestrained villains. Magische Rosinen oscillates between critical contemporary issues and comic-like trash – it is an attempt to question the conditions of social change through exaggeration of content. Whilst Joshua Groß’s novella picks up on such things as underground myths, conspiracy theories, splatter, William S. Burroughs, surf music and criticism of capitalism, Philippe Gerlach confronts the observer with images of storm-ravaged American cities, which combine with Joshua Groß’s story in a way that is as inevitable as it is unostentatious. 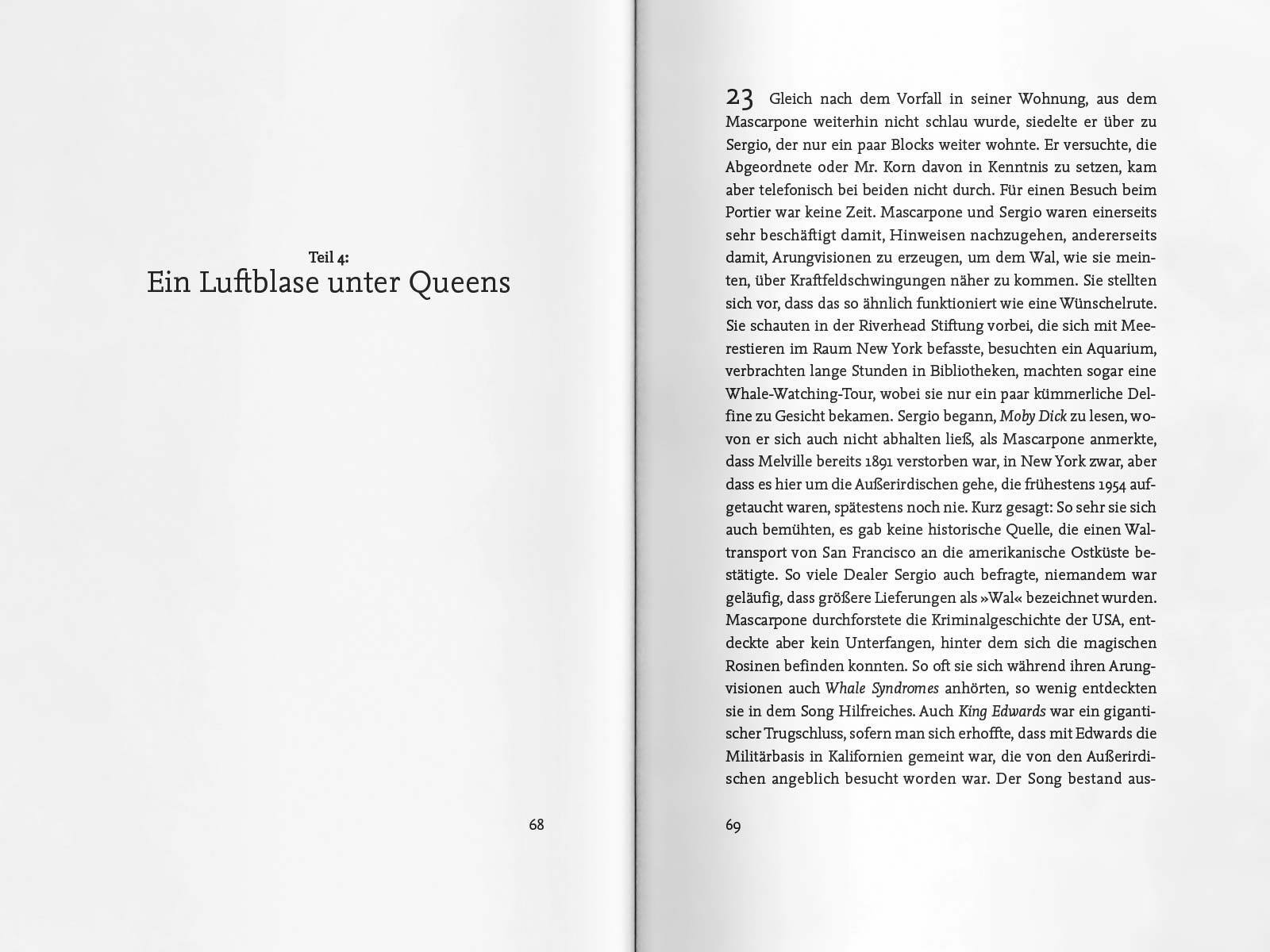 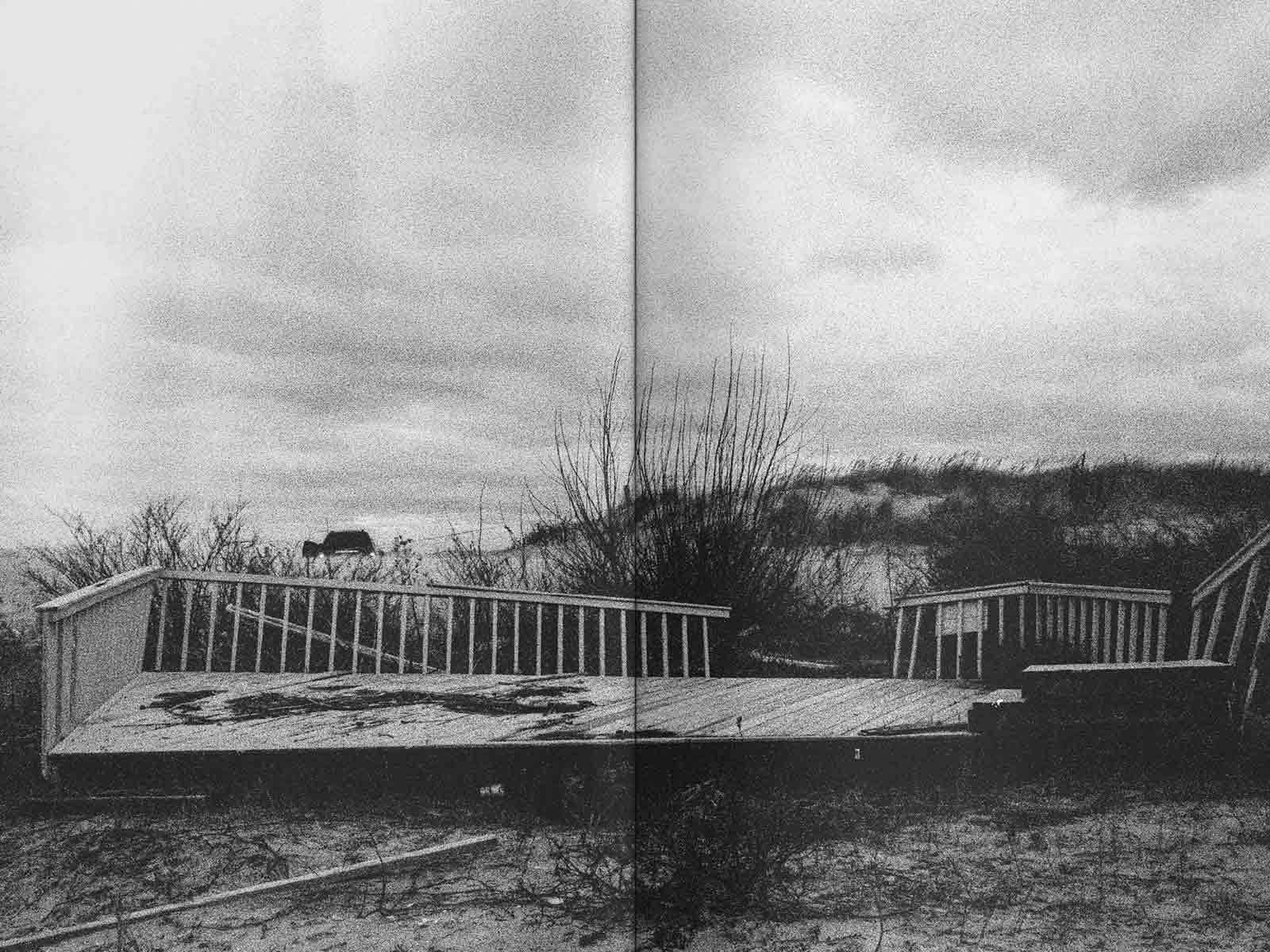 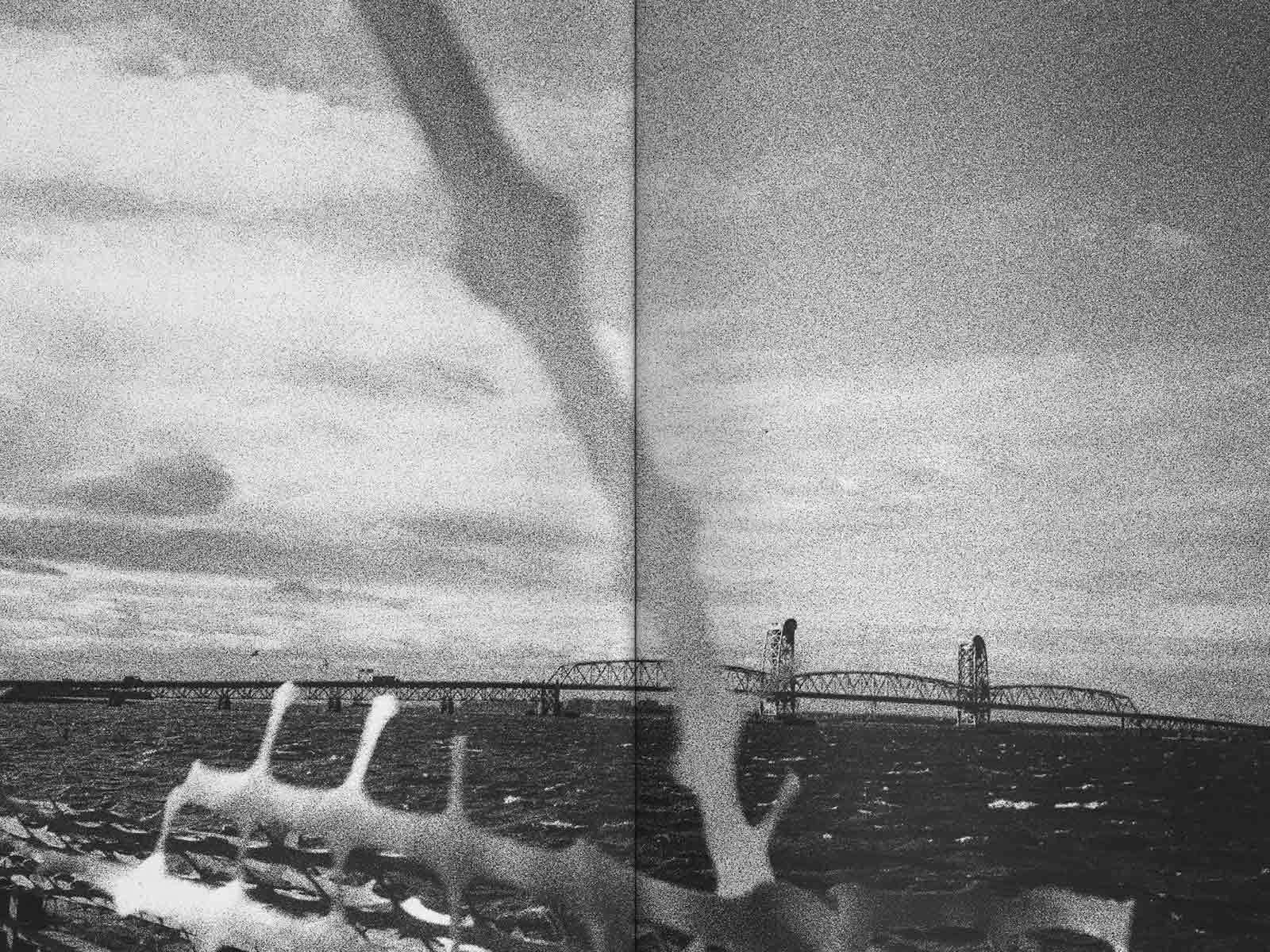 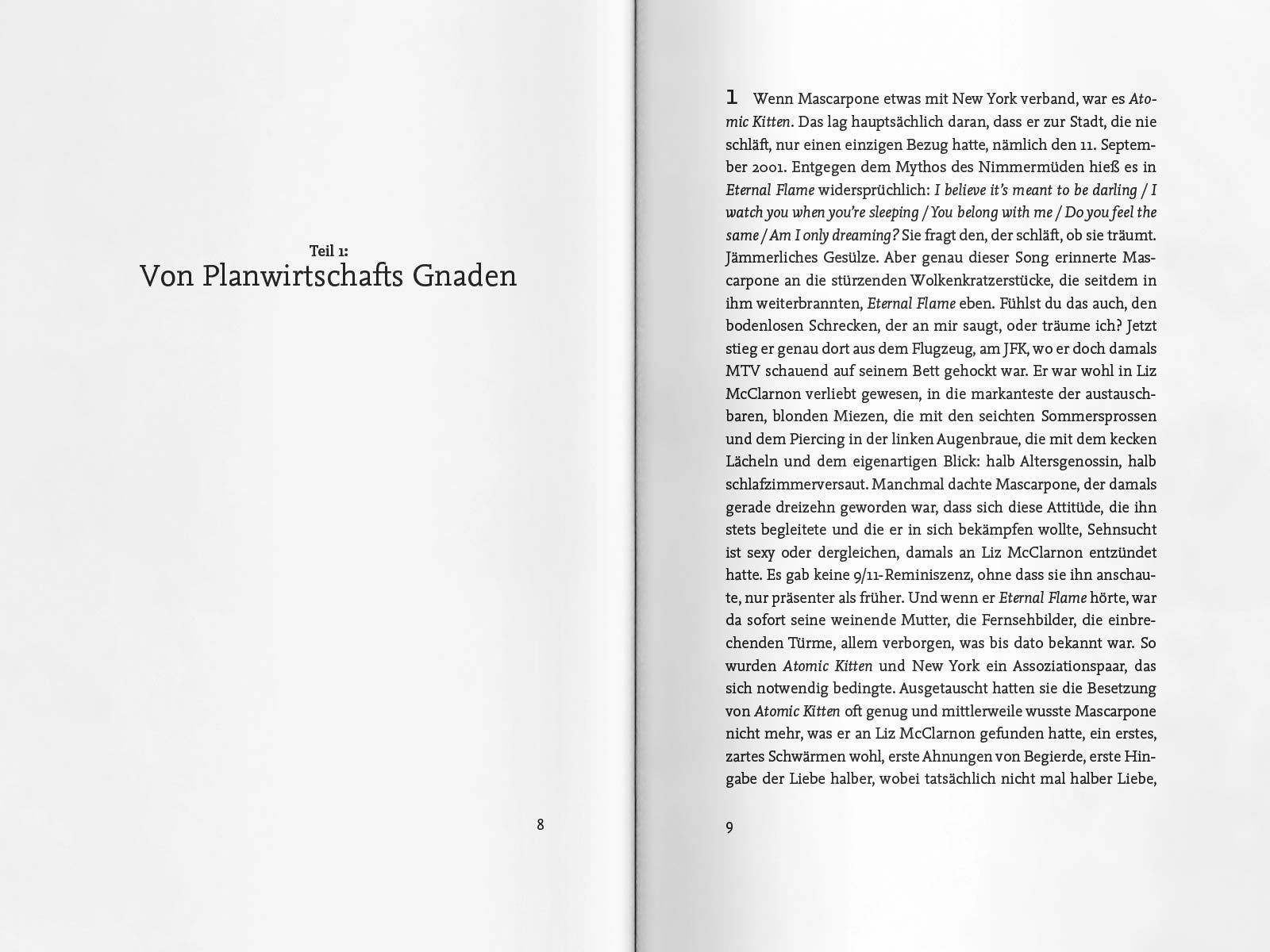 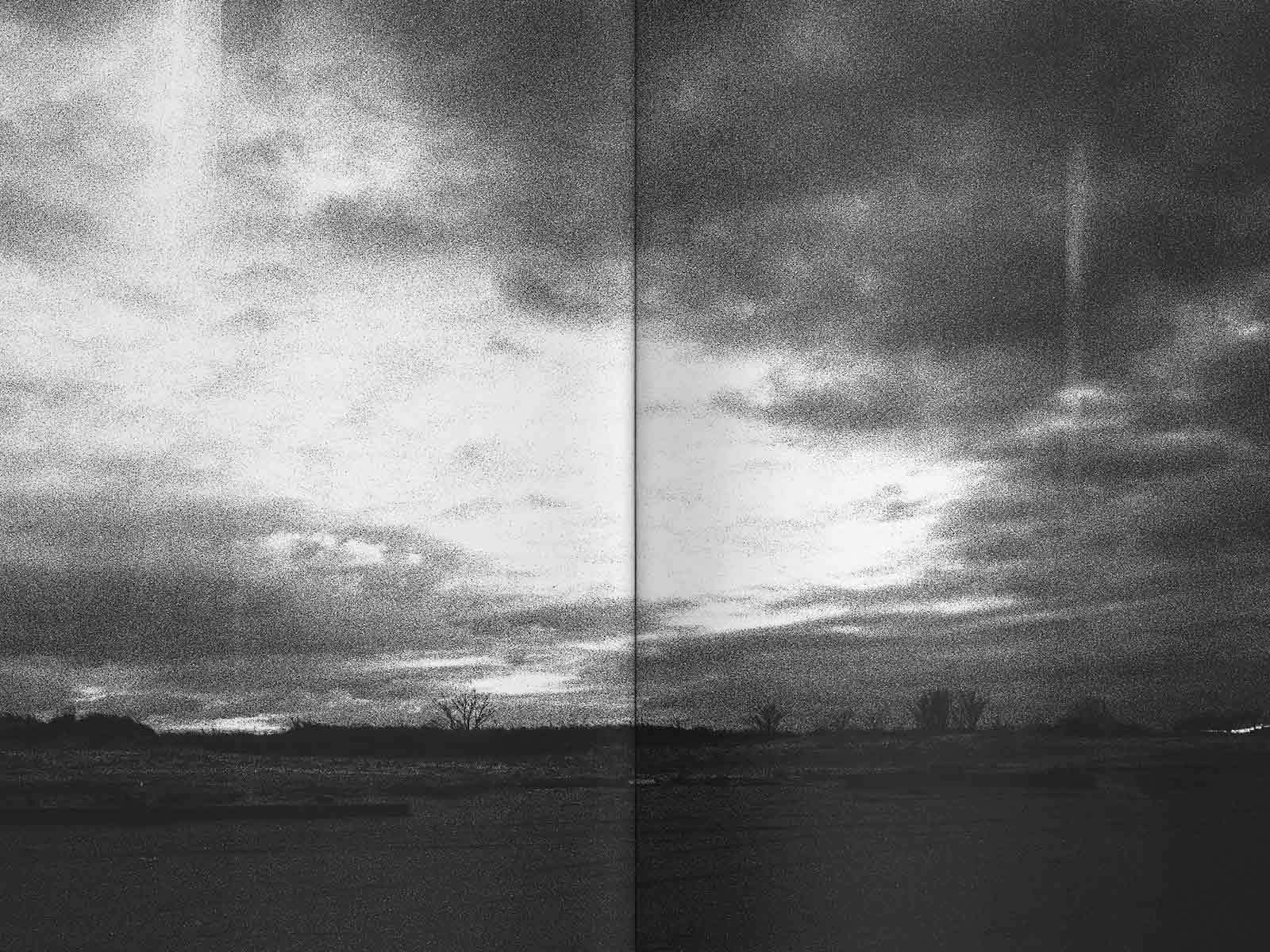