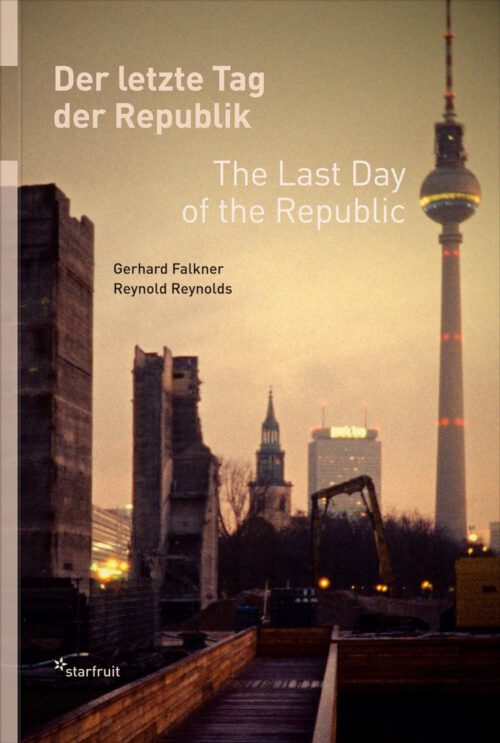 The Last Day of the Republic
Gerhard Falkner, Reynold Reynolds

This joint project between American video artist Reynold Reynolds and multiaward-winning German author Gerhard Falkner (awards include the Kranichsteiner literature Prize, the Peter-Huchel award and the August-Graf-von-Platen Prize) reflects the controversial and hotly discussed demolition of the Palace of the Republic, opened in East Berlin in 1976—then the seat of the »People’s assembly« and a symbol of the GDR, today the testimony to and symbol of a failed state. Reynold’s artfully edited demolition ballet film shows cranes and excavators, recalling primitive lizards, eating into the walls of the former representative building of the GDR at almost slapstick speed and under grotesque contortions. »A hole will remain in the air as big as a castle«: and just as the Palace of the Republic is removed layer by layer in Reynold’s film, lyricist Gerhard Falkner digs into the past in his poem written for this film, »Last Day of the Republic«. His poem of doom links the present day with ancient times and with memorable images and lays bare the obvious helplessness in dealing with more recent German history. this is also the subject of a detailed essay by architecture and film critic, Moritz Holfelder. 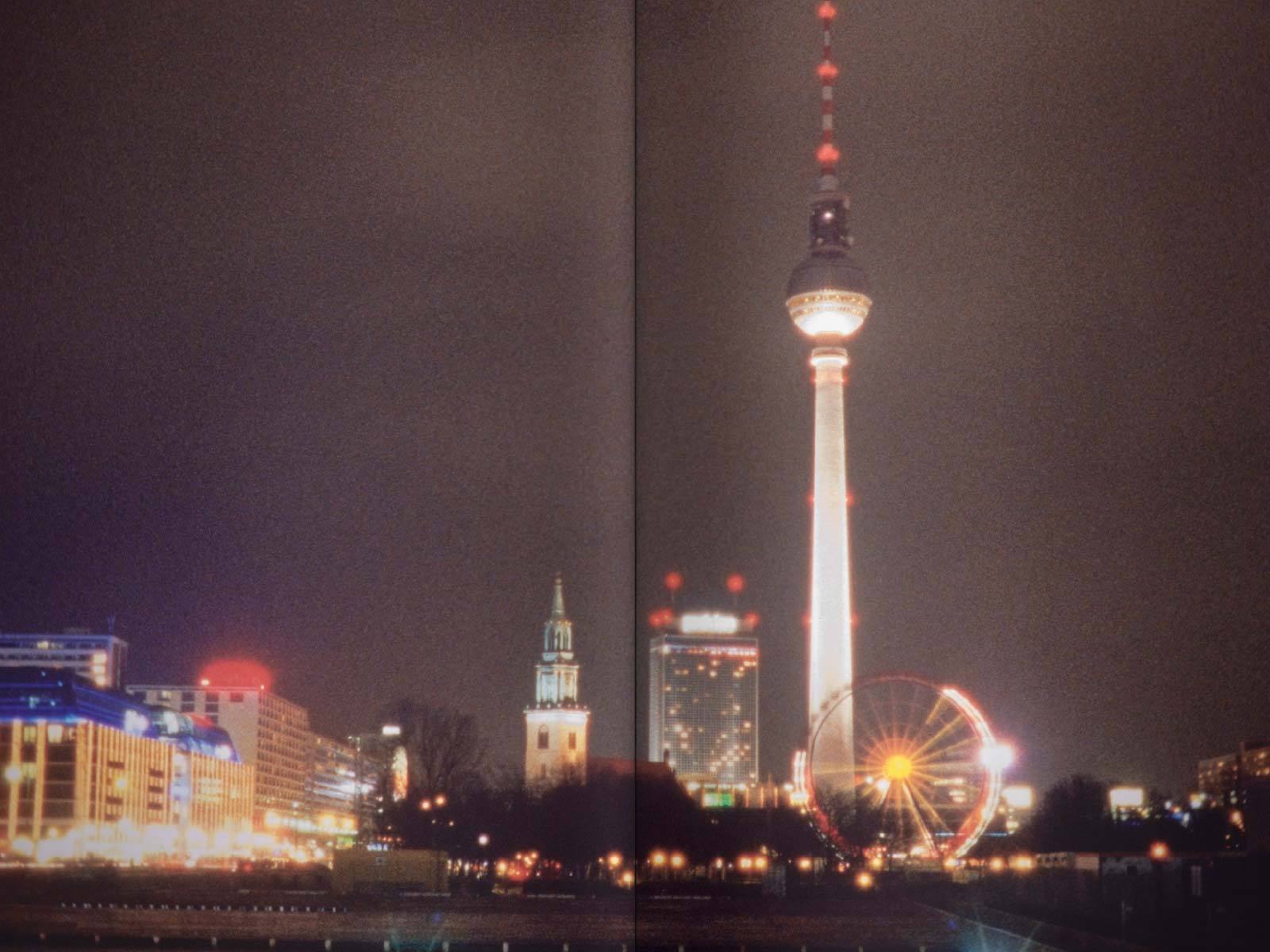 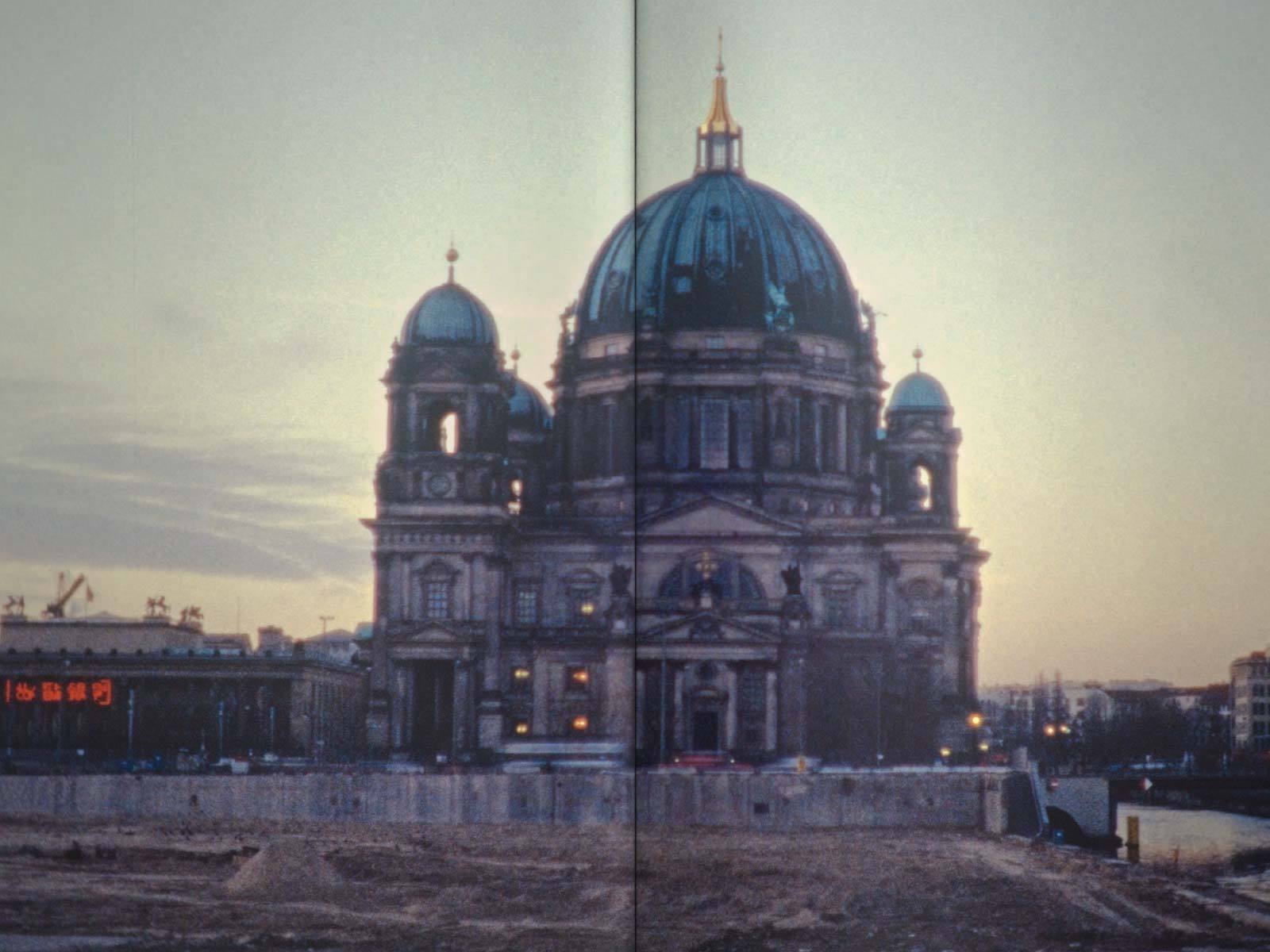 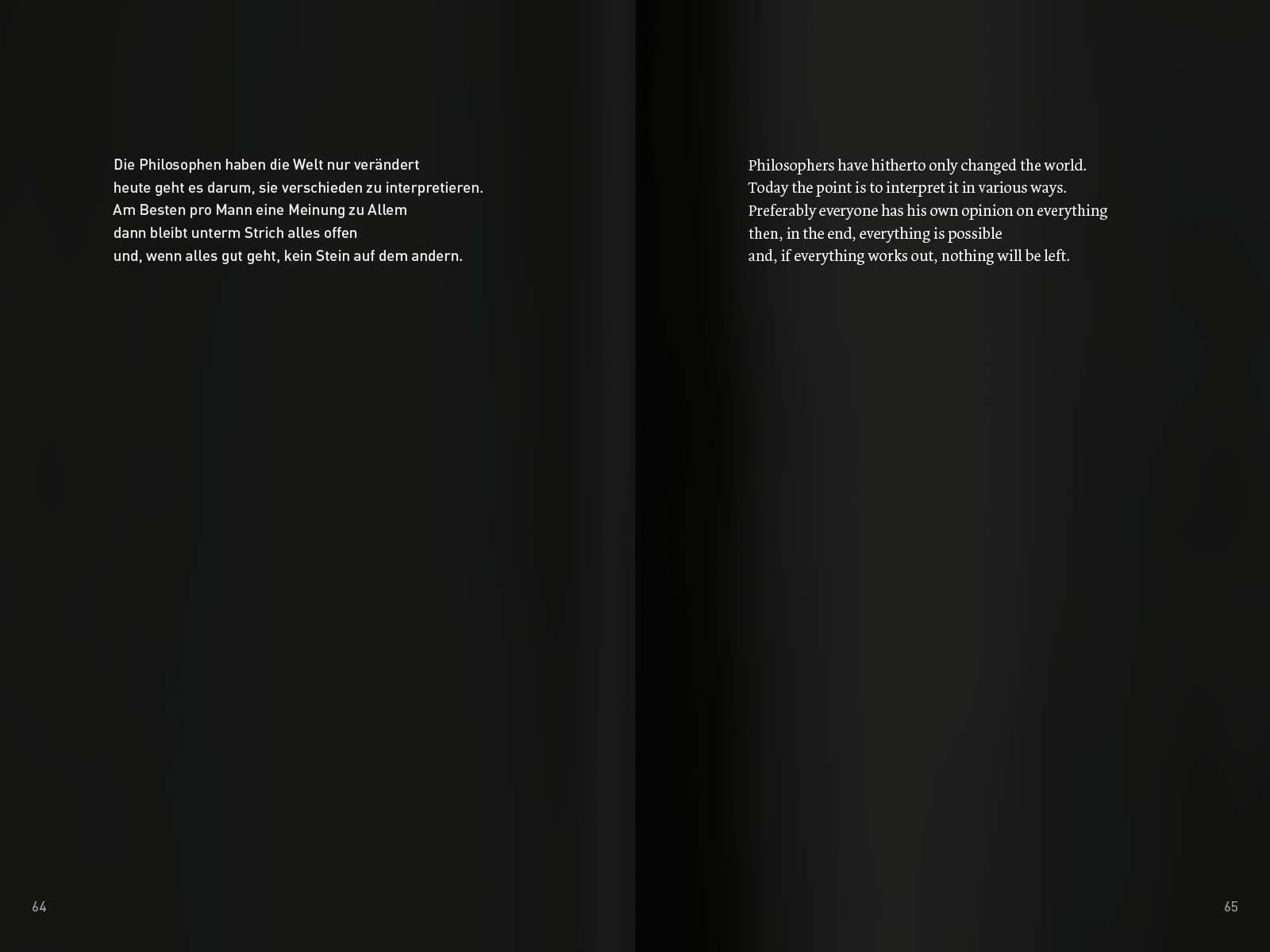 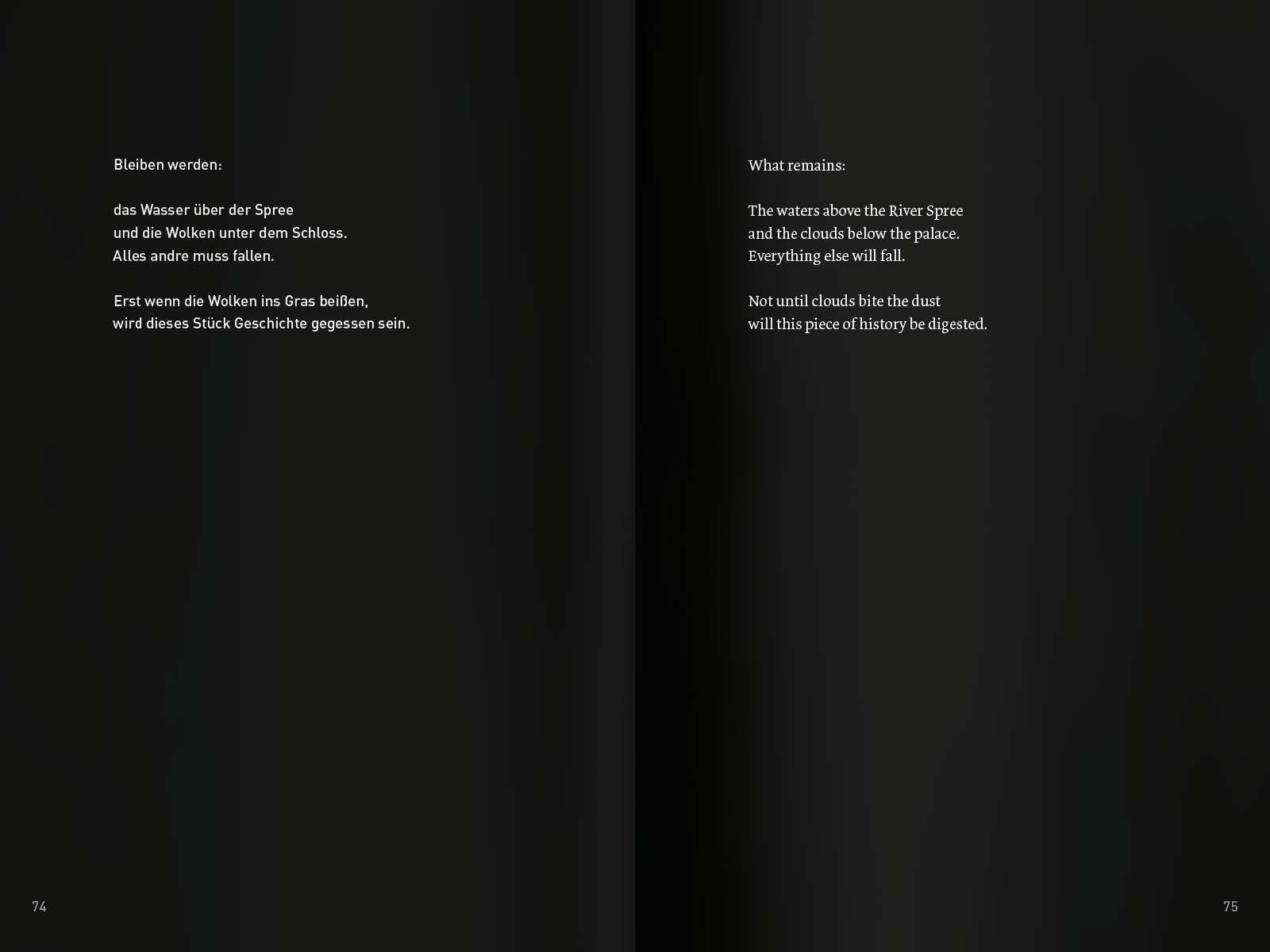 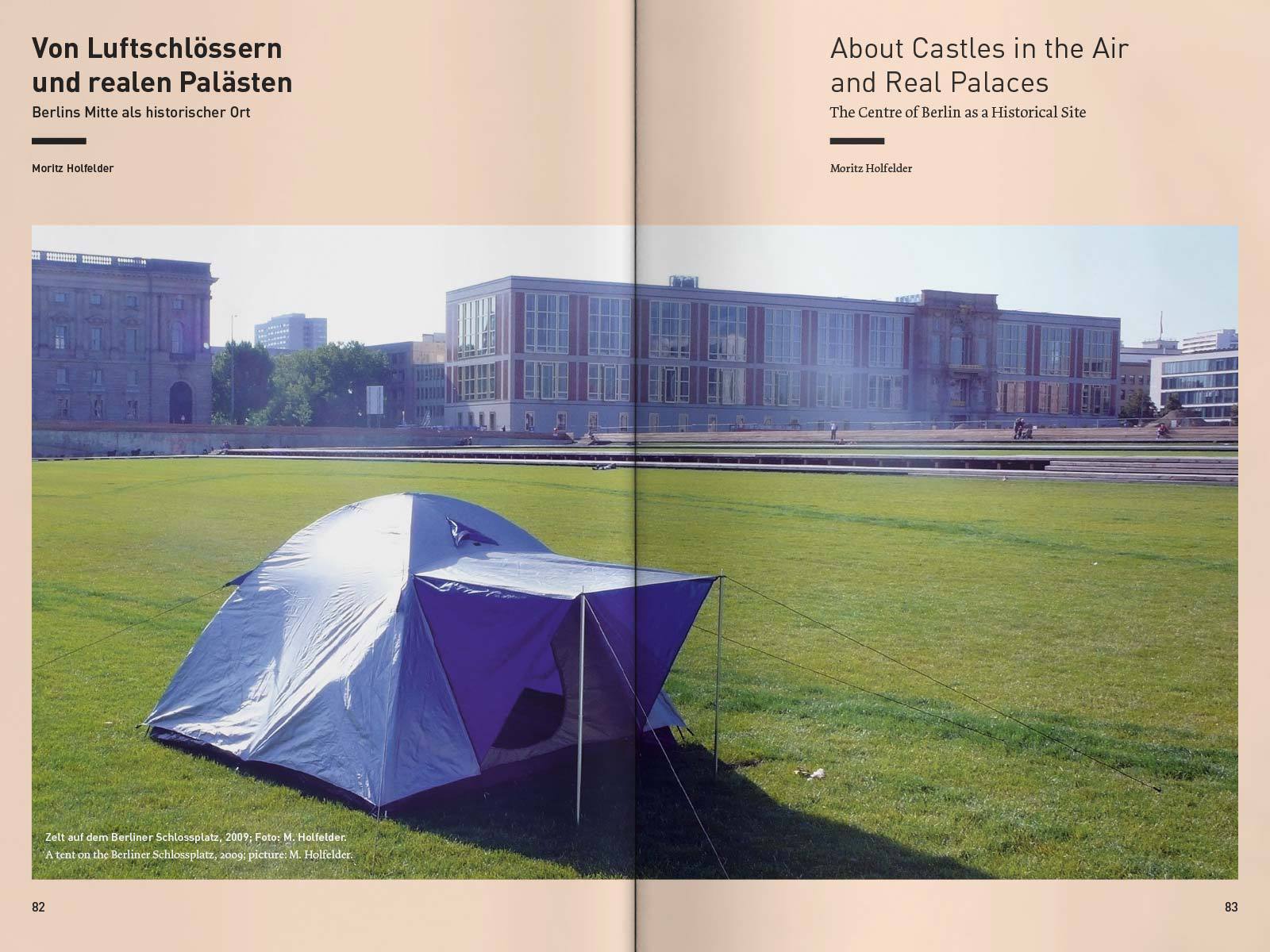 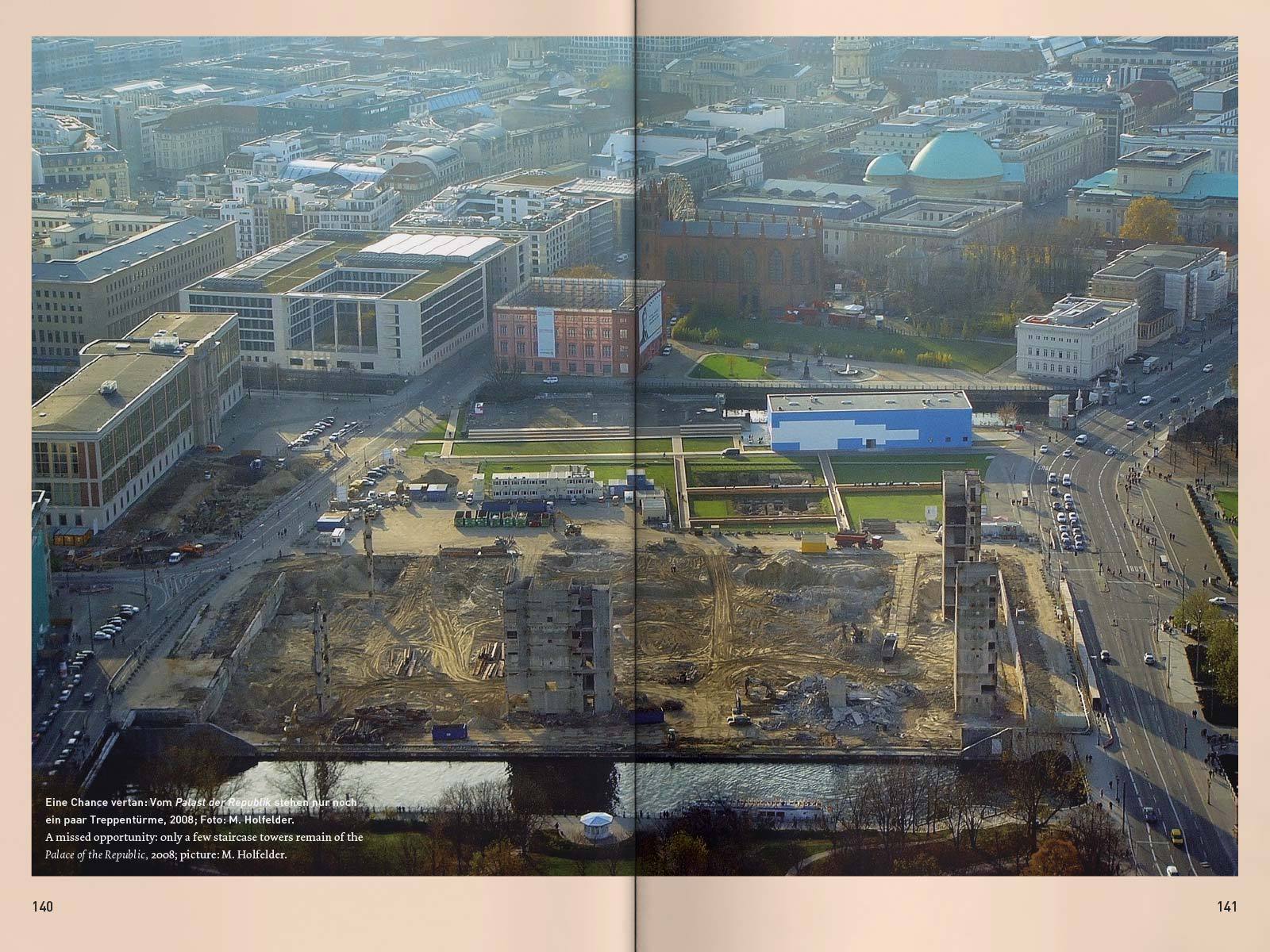 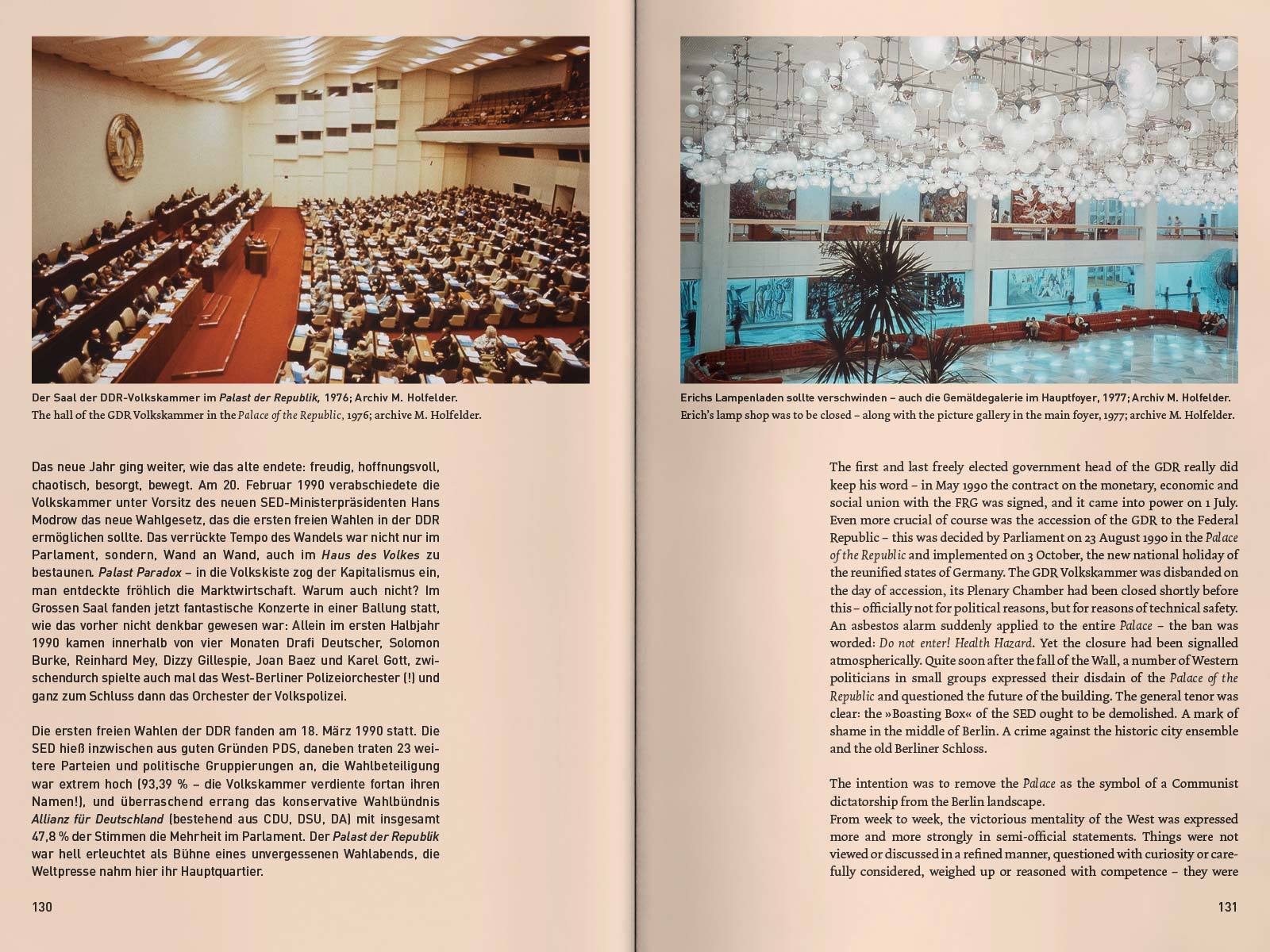 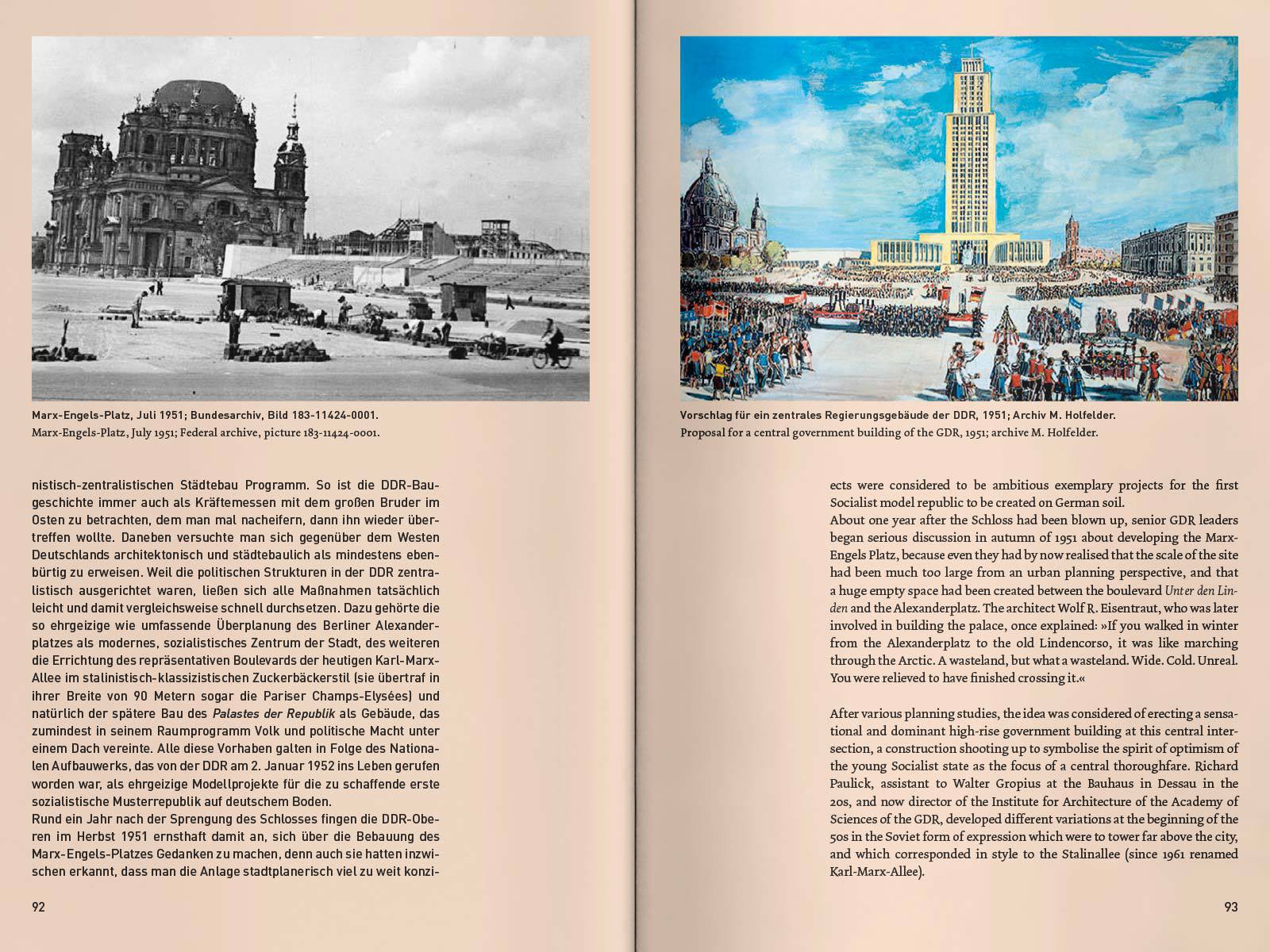 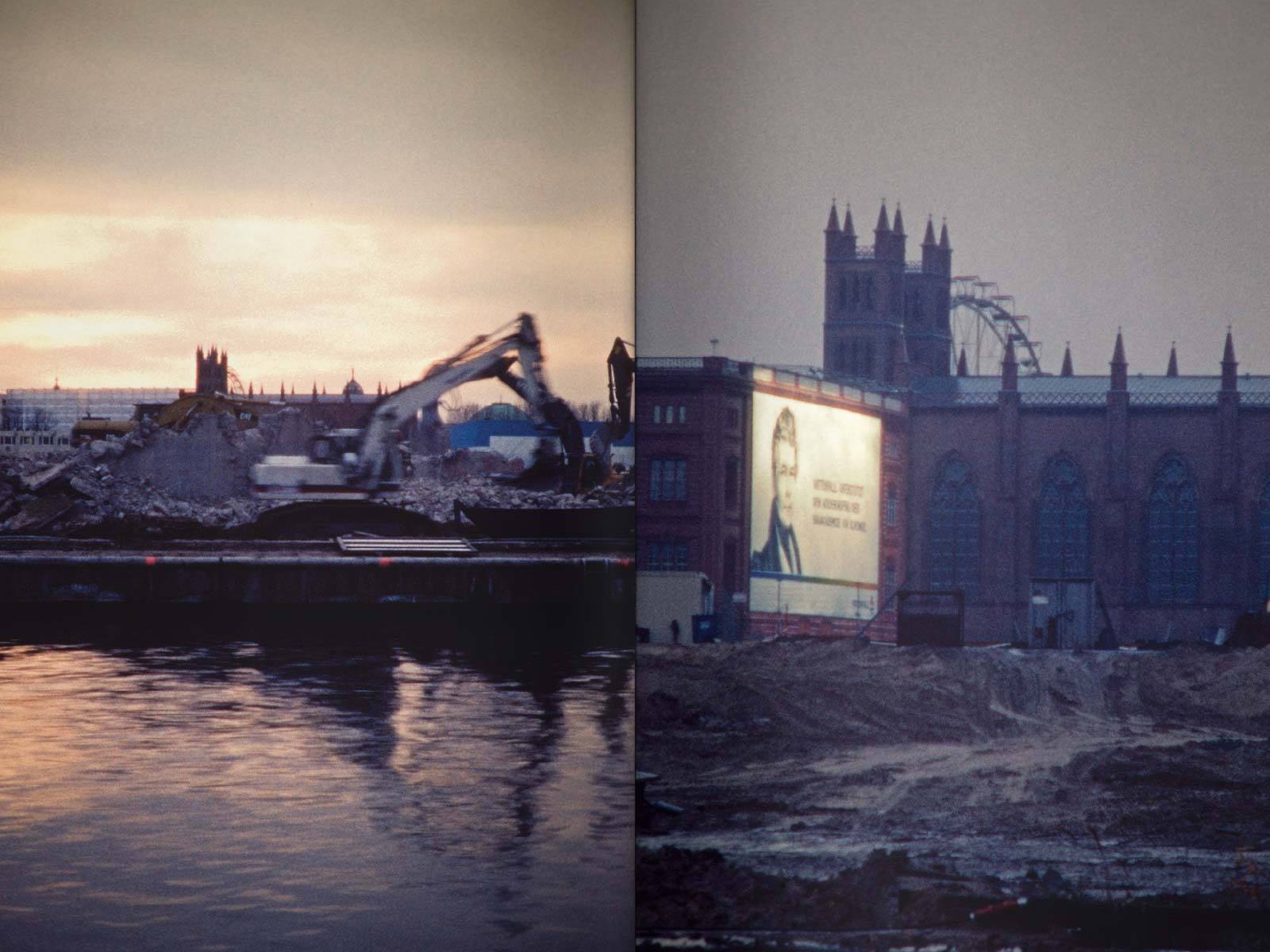 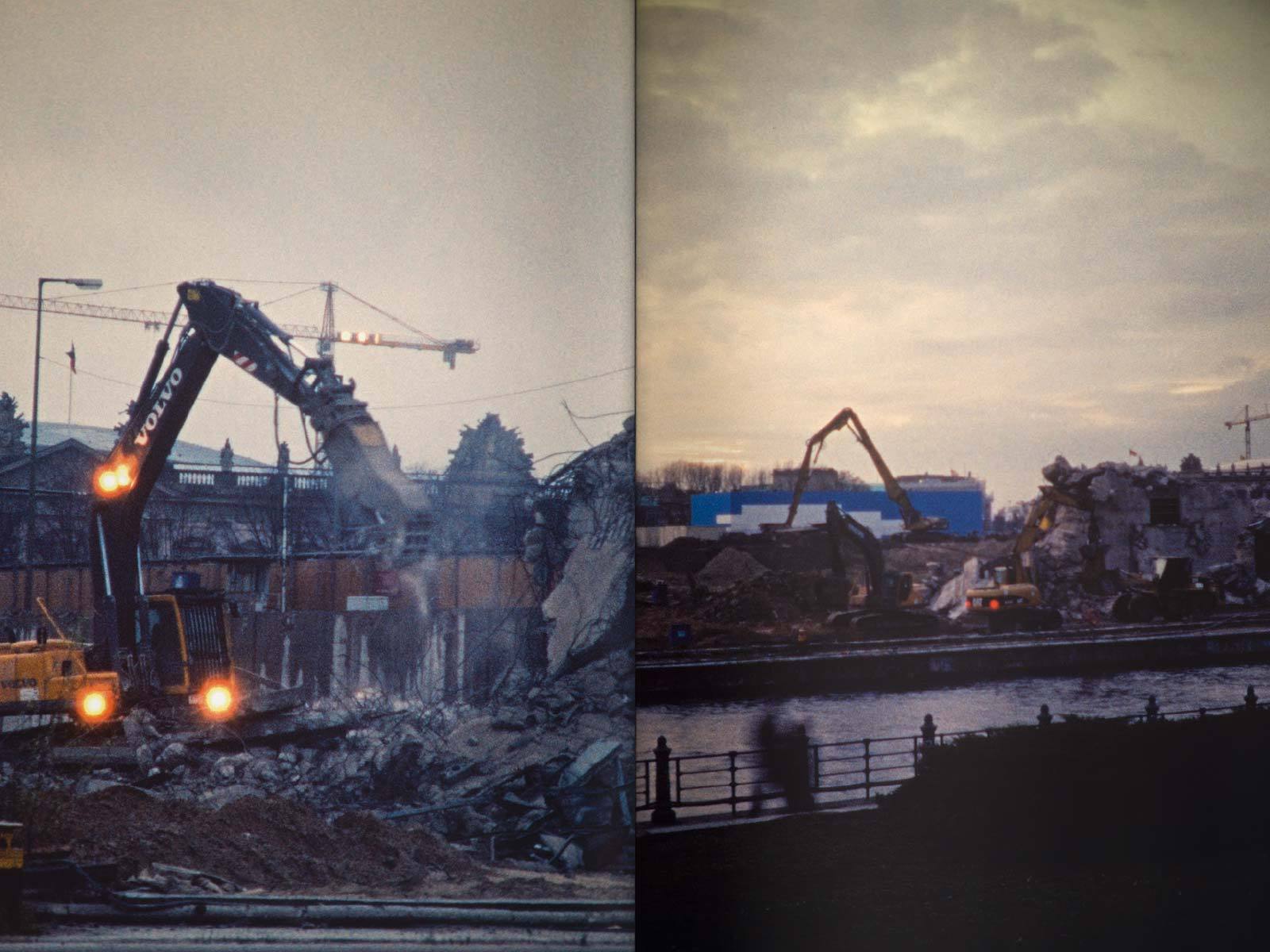 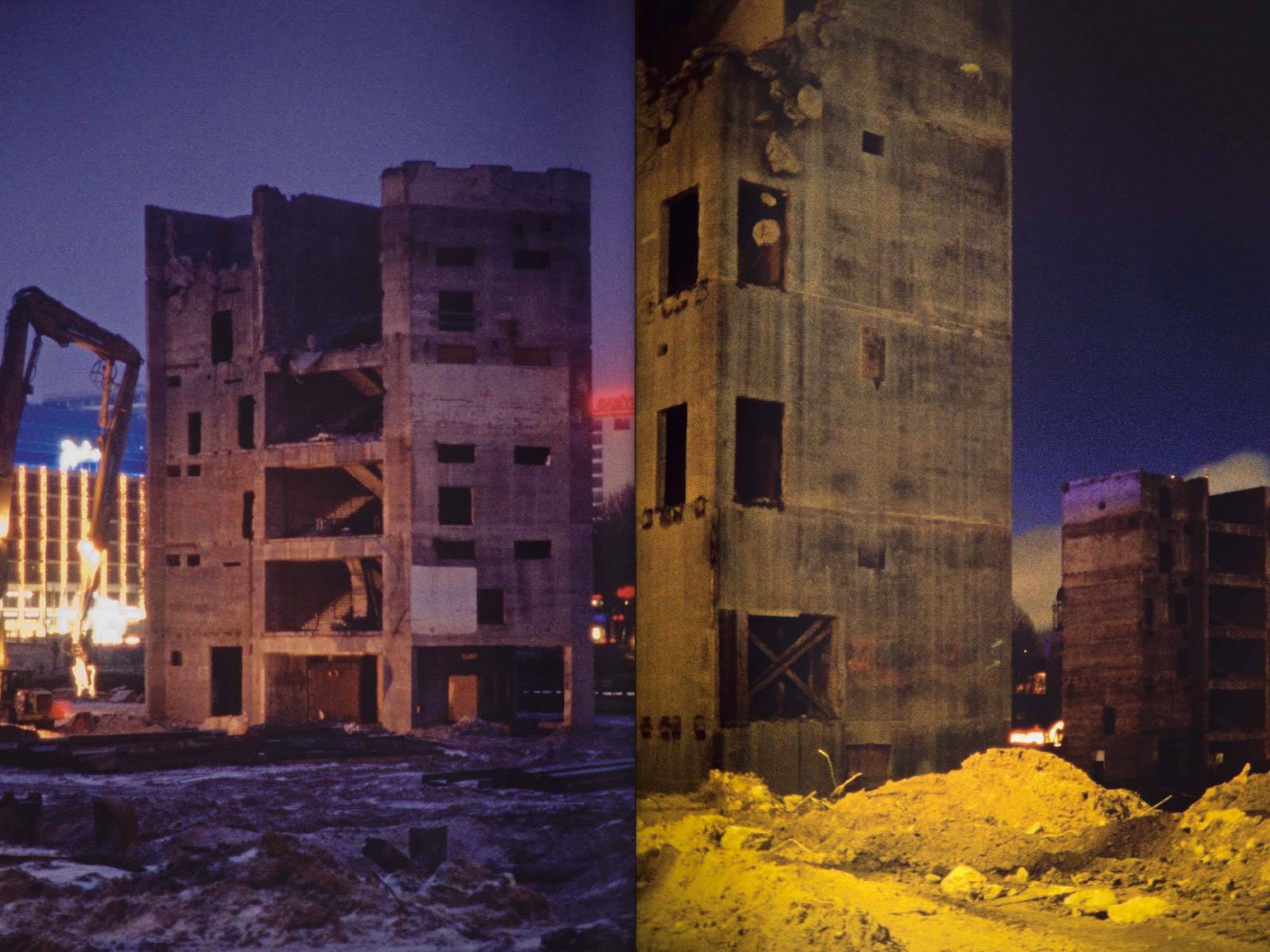 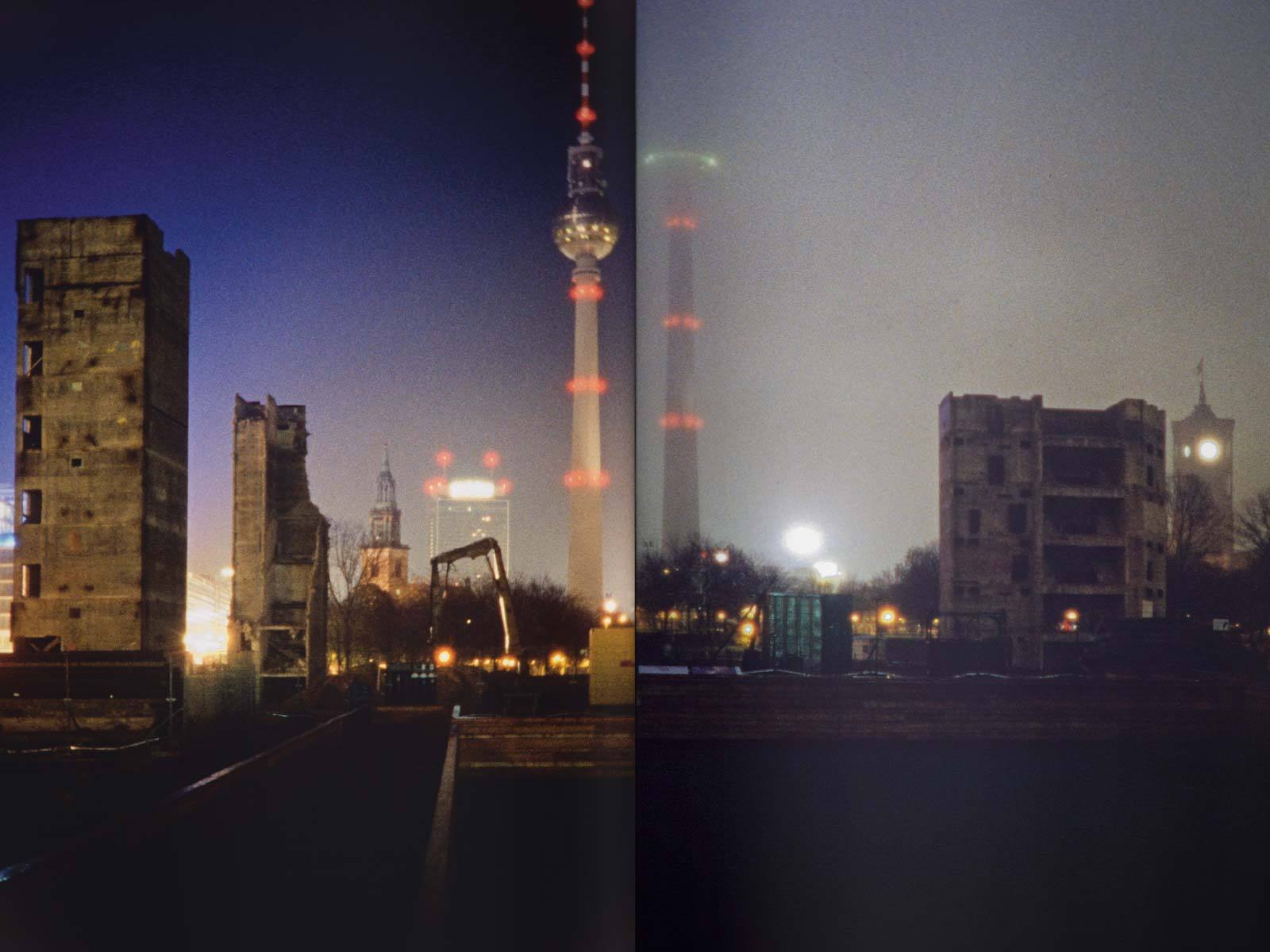 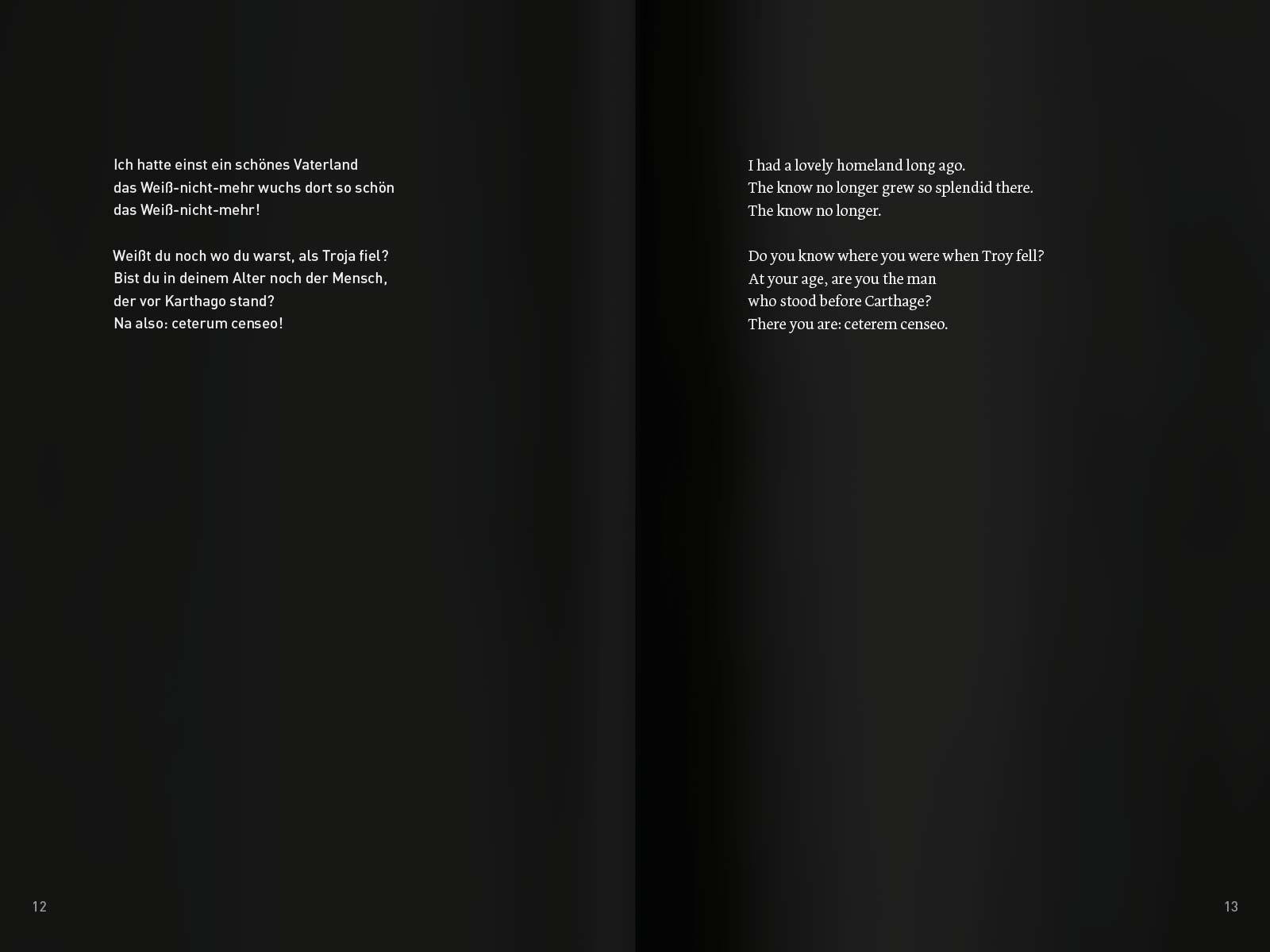 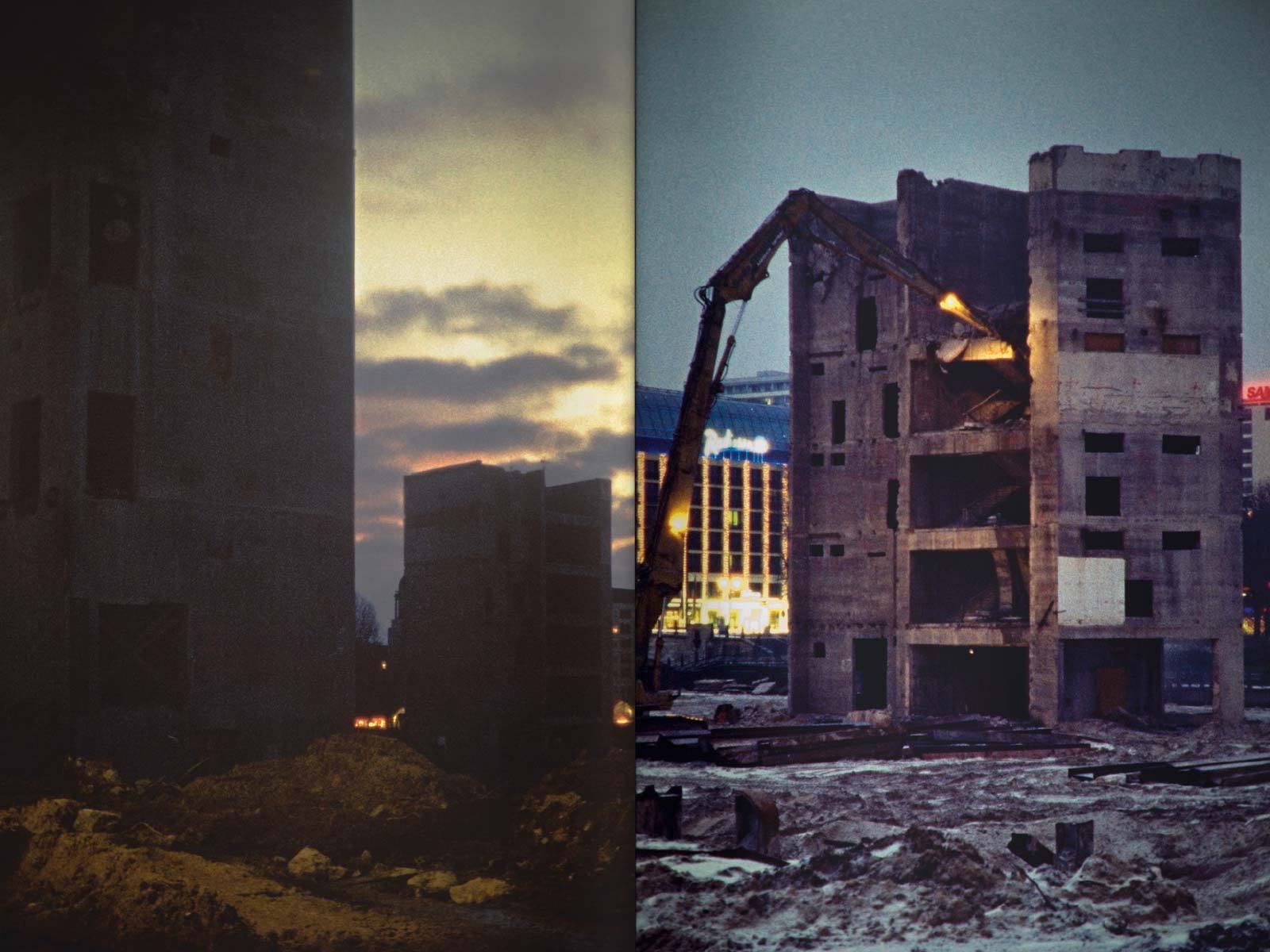 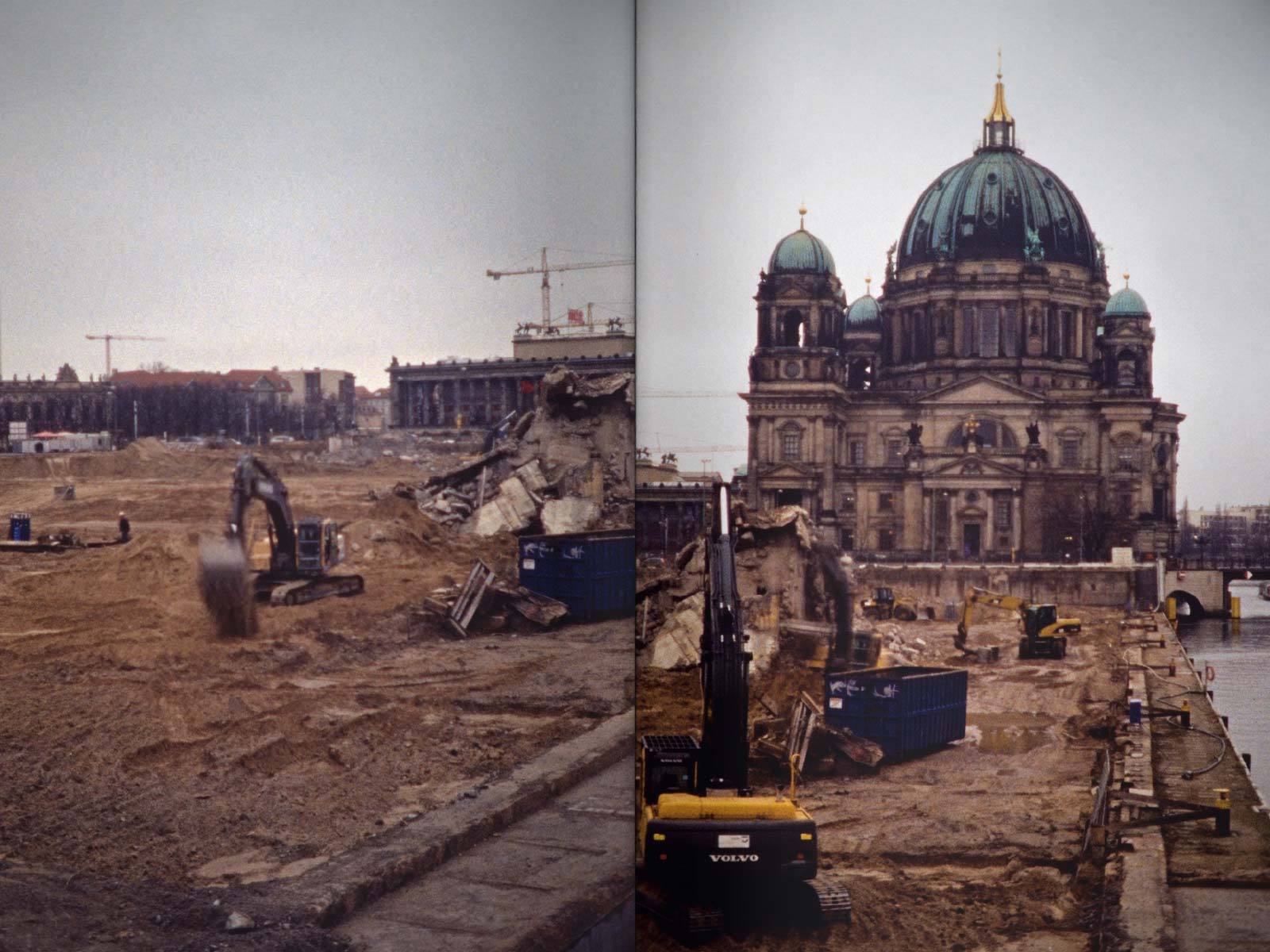 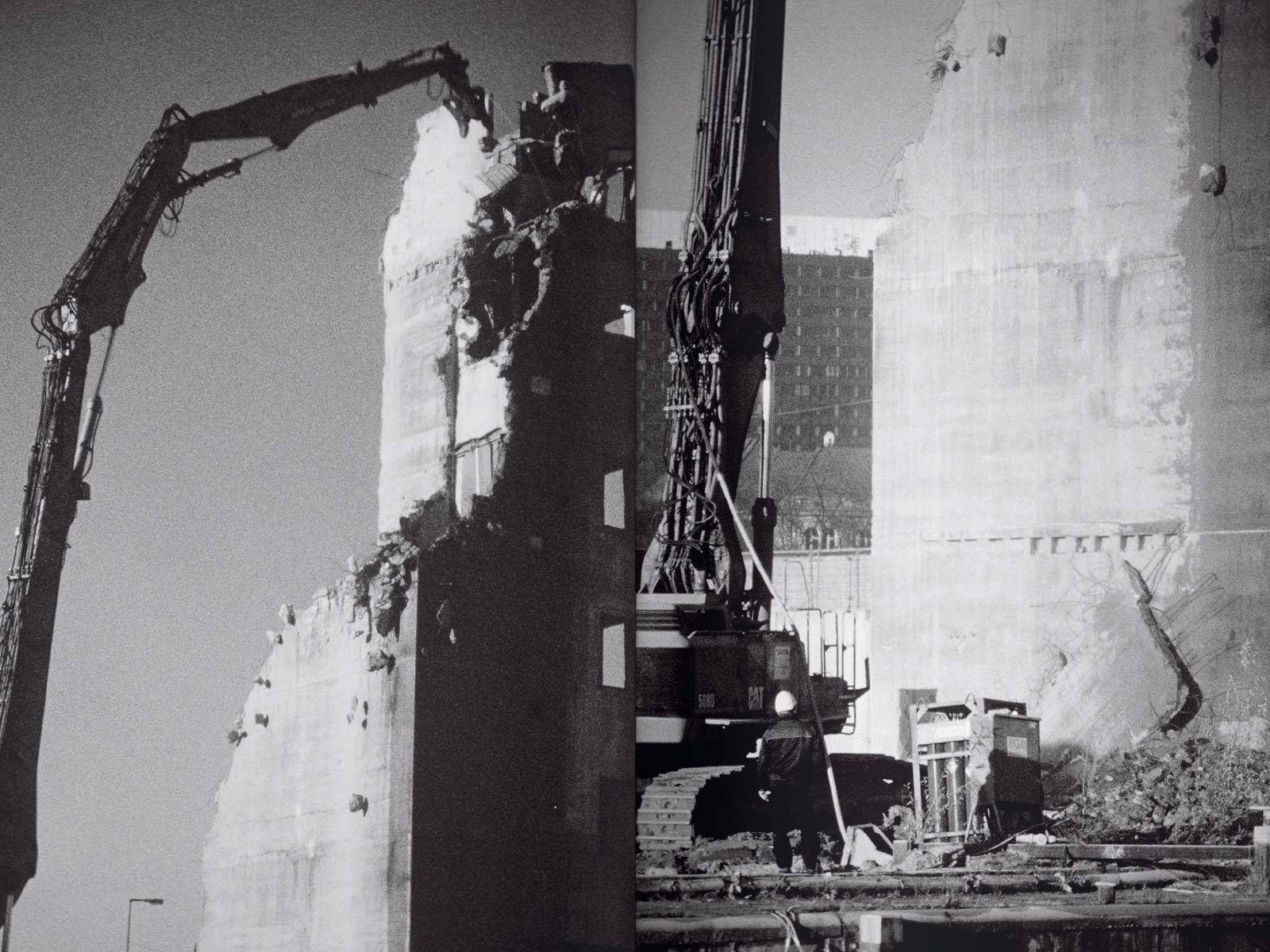 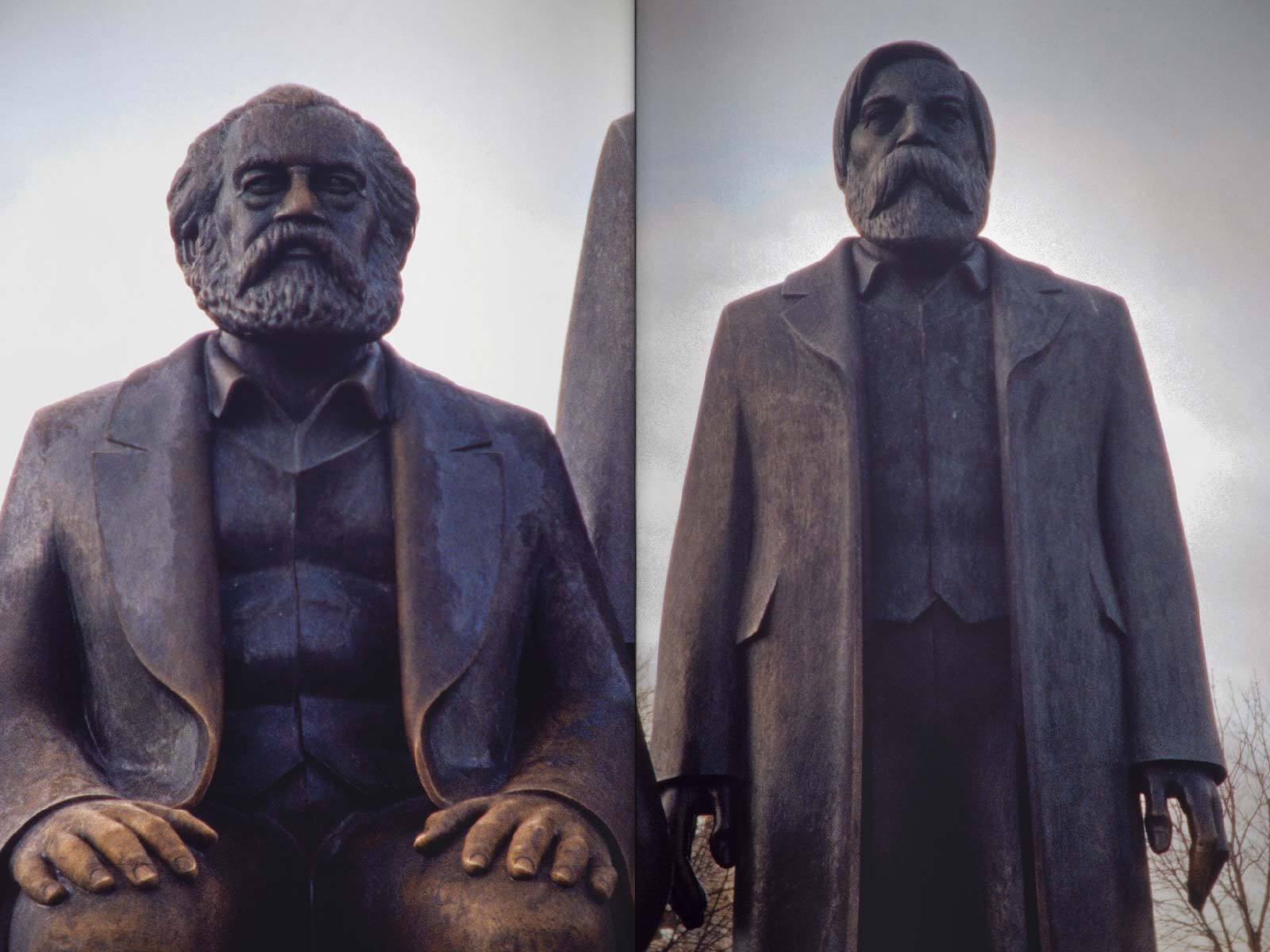