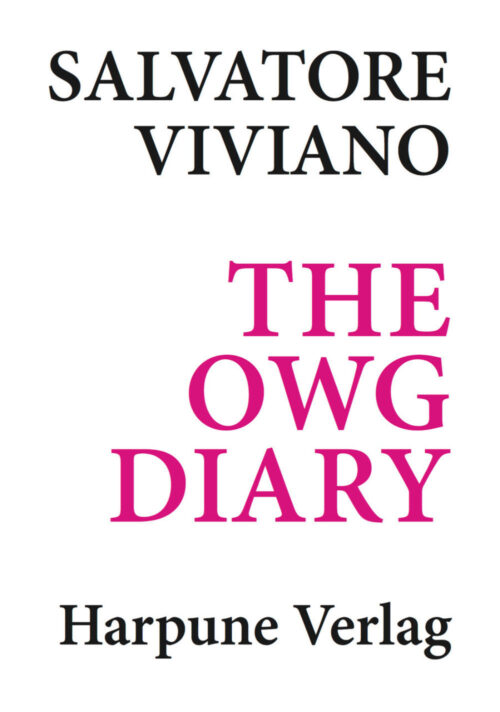 „If a gallery has a double bed instead of an office, you can bet there’s a diary under the pillow…" Salvatore Viviano (1980, IT) opened the One Work Gallery in Vienna in May 2014 and closed it in December 2017. During its three and half years of fervent activity, the gallery exhibited and presented more than 50 artists. The gallery, as its name suggests, showed one work at a time. The works were always visible through the big glass door, even when the door was locked. The light was always on, 24/7. The gallery had a double bed instead of an office, because comfort is mandatory.Salvatore used to say “I am an artist, and now I am also a gallery owner, gallery director, and gallery assistant. It’s kind of exhausting, especially because I have to deal with myself all the time. Actually, I should fire myself one day. No sooner said than done.” A lost and found diary, with stories, facts and visions about the three-and-a-half years of the gallery's life. A diary, a book about a gallery (the One Work Gallery), a town (Vienna), a world (the art world) and an artist (Salvatore Viviano). In addition to the book, a special edition of 30 numbered and signed calendars by Salvatore Viviano will be released. 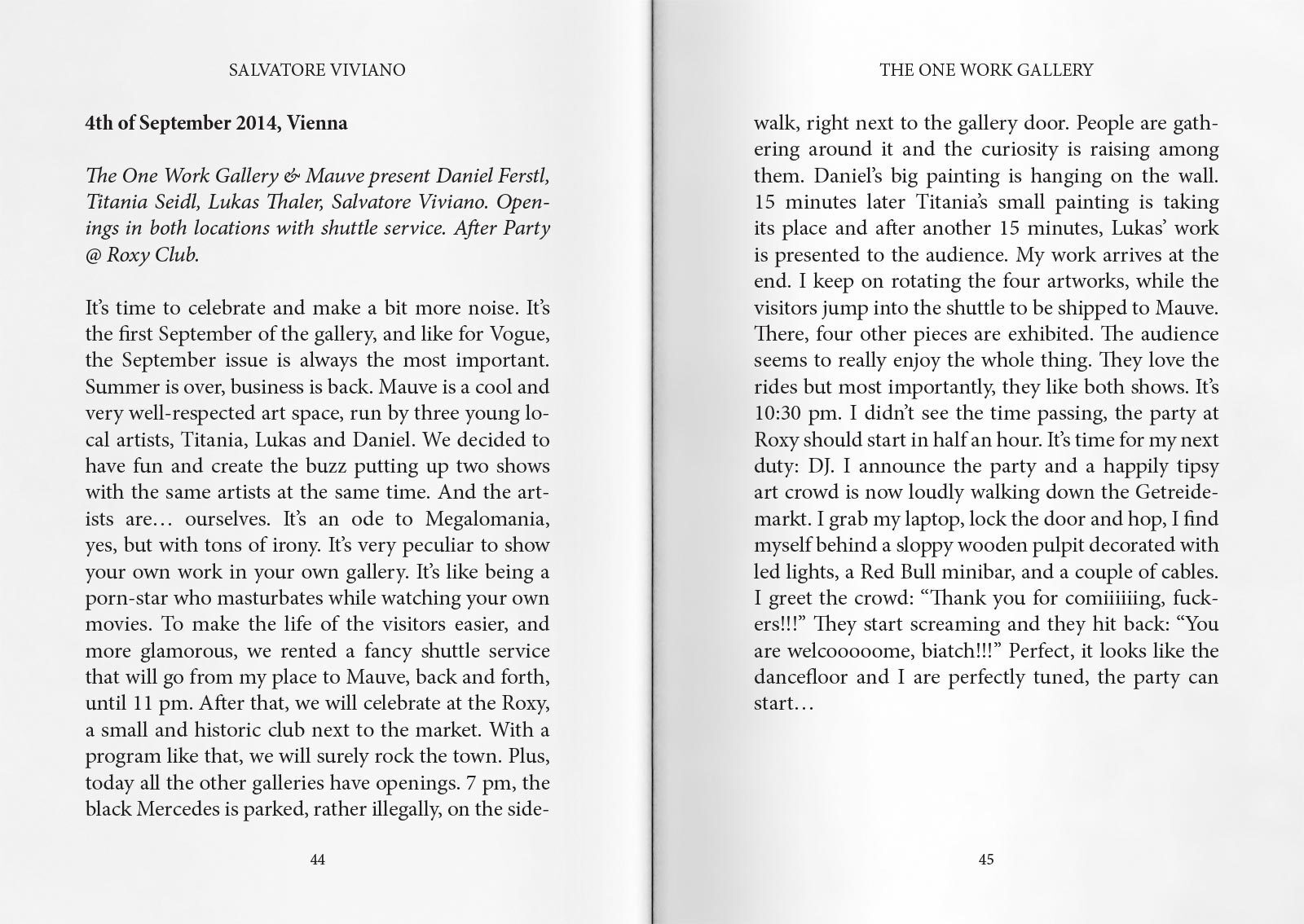 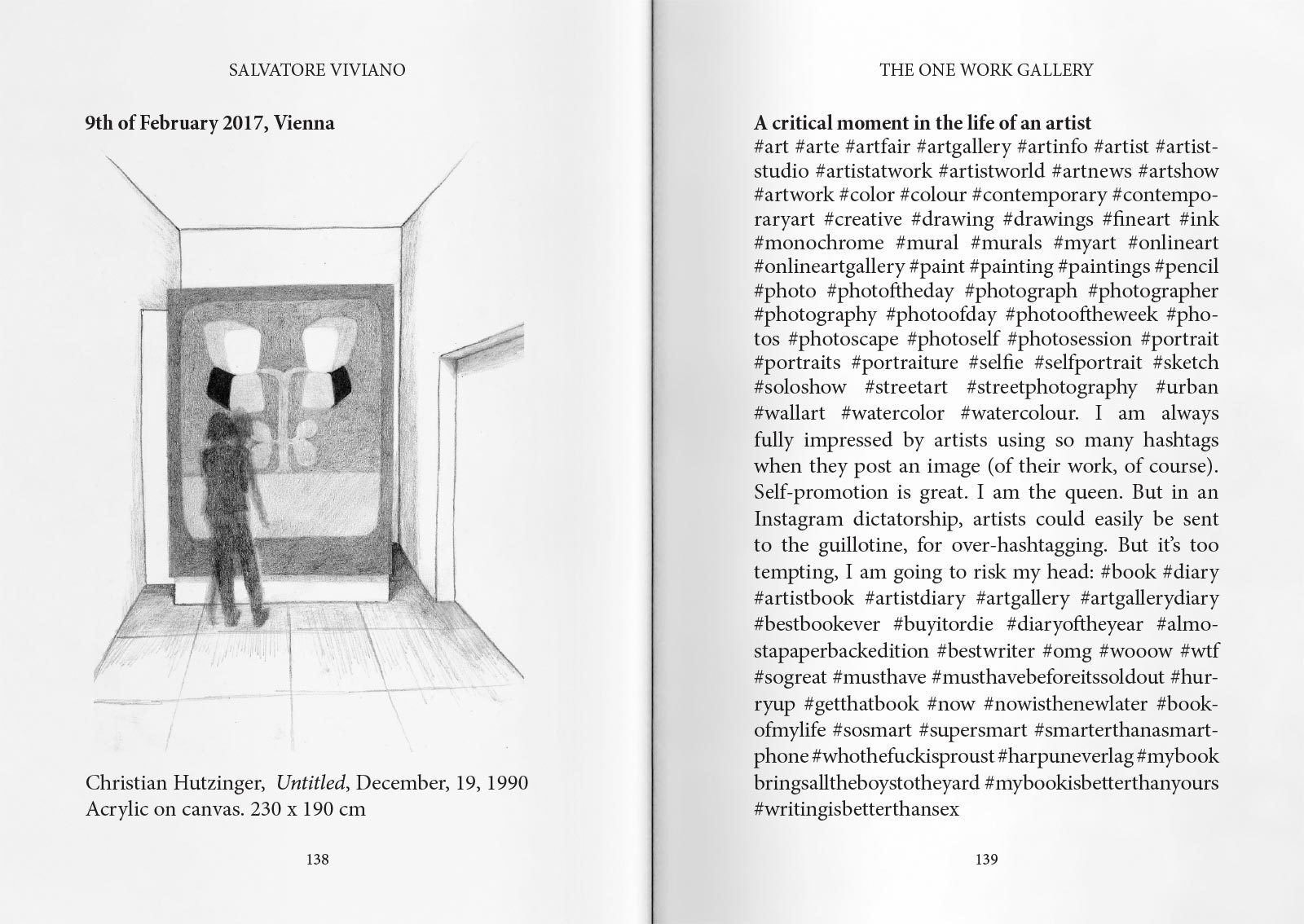 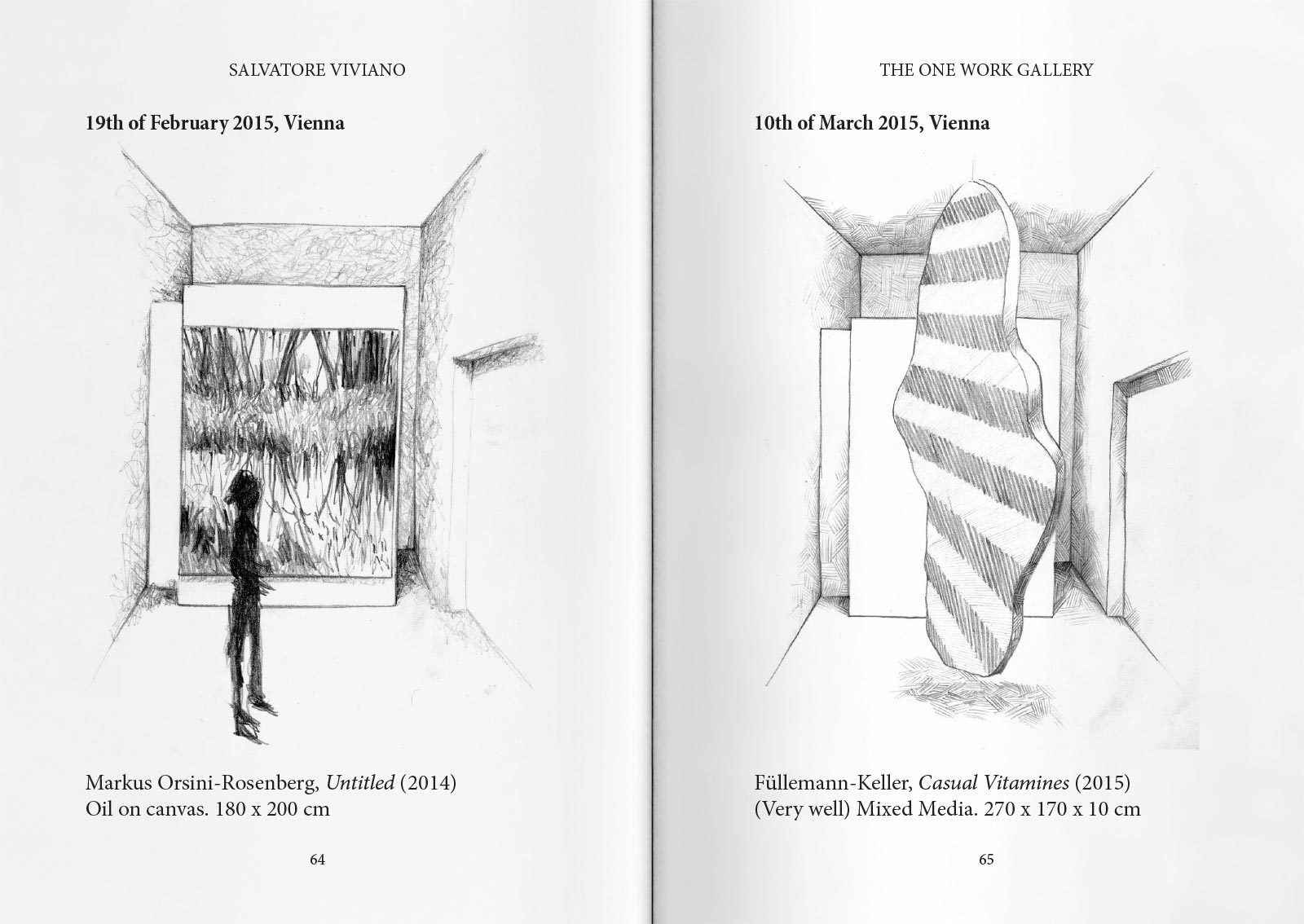