Ann Cotten’s accounts of her travels through the US shortly after Donald Trump was elected 45th President of the United States form the narrative framework to this dream-like trip, during which we encounter the ambivalent circumstances acting on the soul and the present moment in different climactic and political zones. Cotten describes a harried, wretched country full of severe conflicts, social divisions, and intrinsic fault lines.
Ann Cotten has included other texts before, in between and after these accounts, as though to anchor her American essays in counter-realities: a report on her participation in a bizarre symposium in Moscow along with the entire art historical lecture she was booked to hold there, the previously mentioned poems and photographs, a flashback to Vienna, in which the author critically questions her daily work routine, and finally also an assessment of “FAST DUMM” from the future. 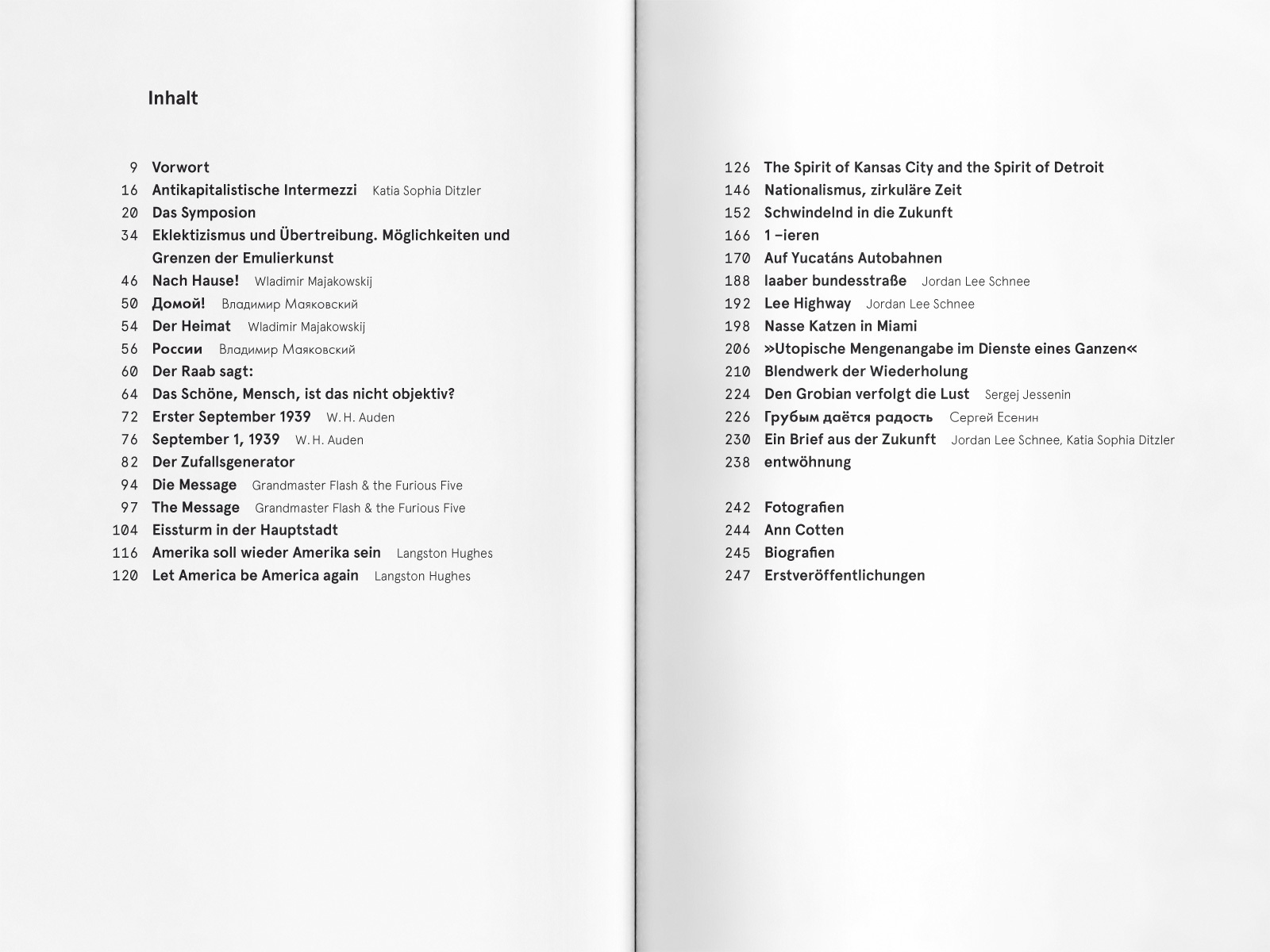 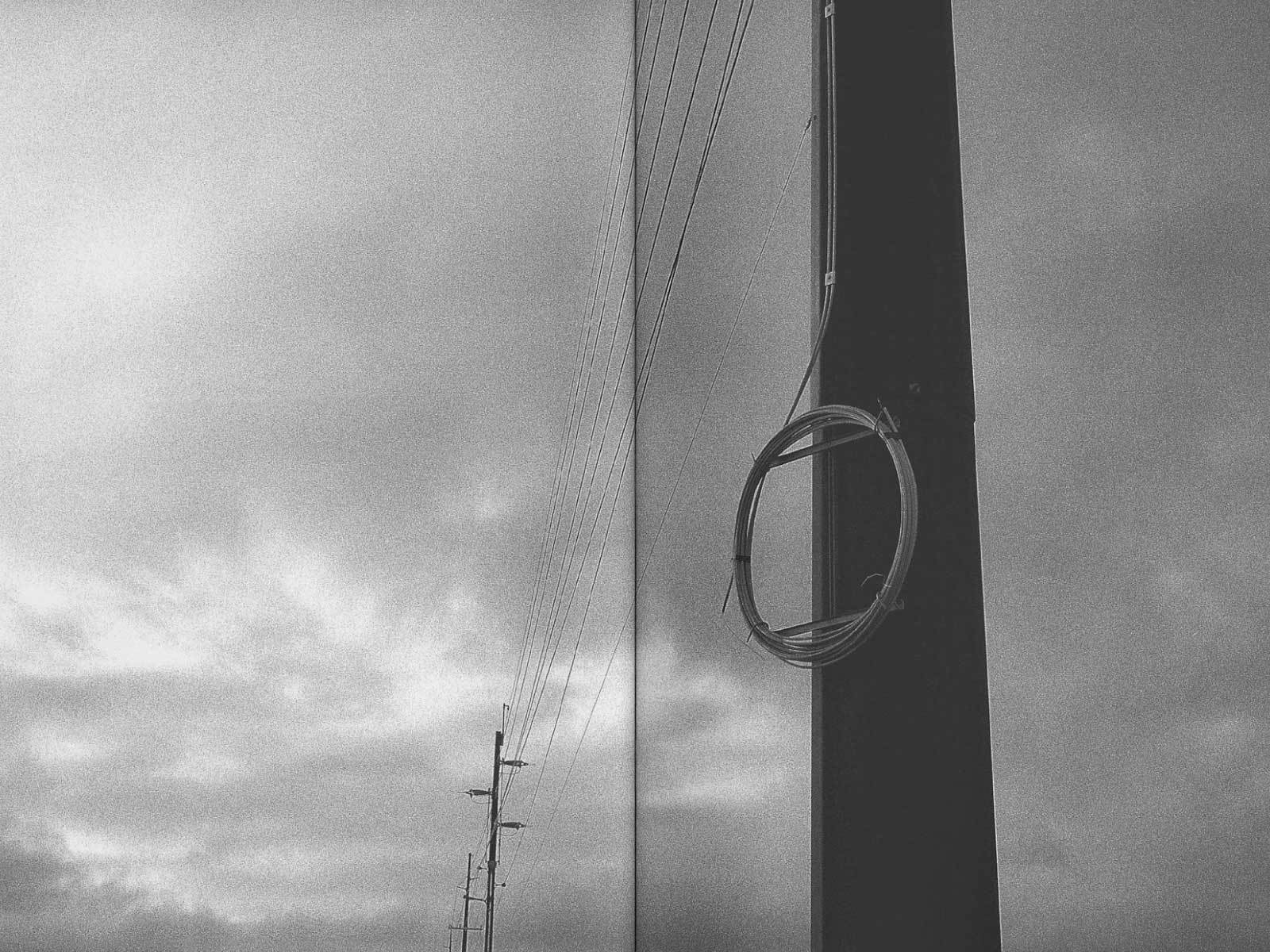 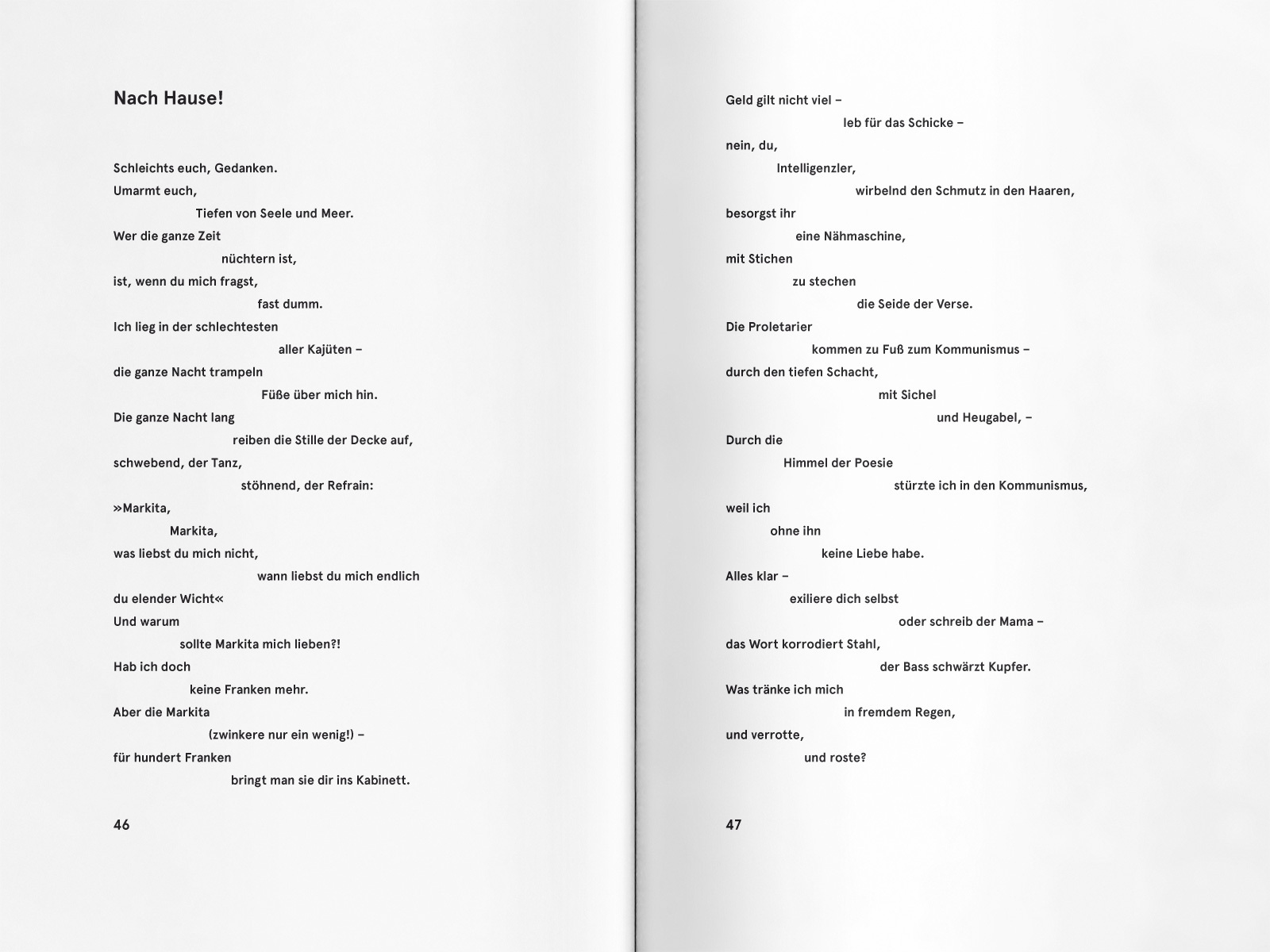 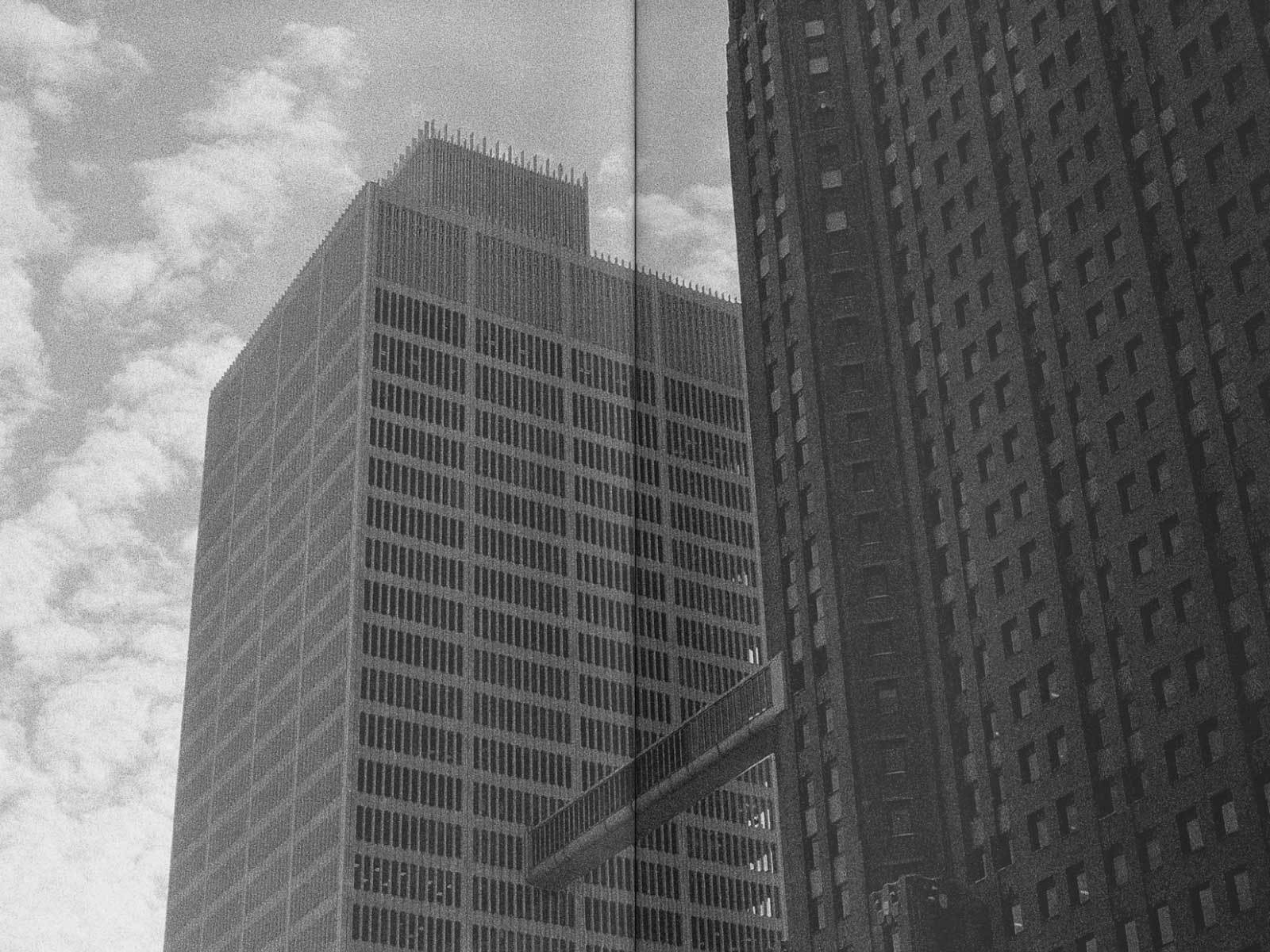 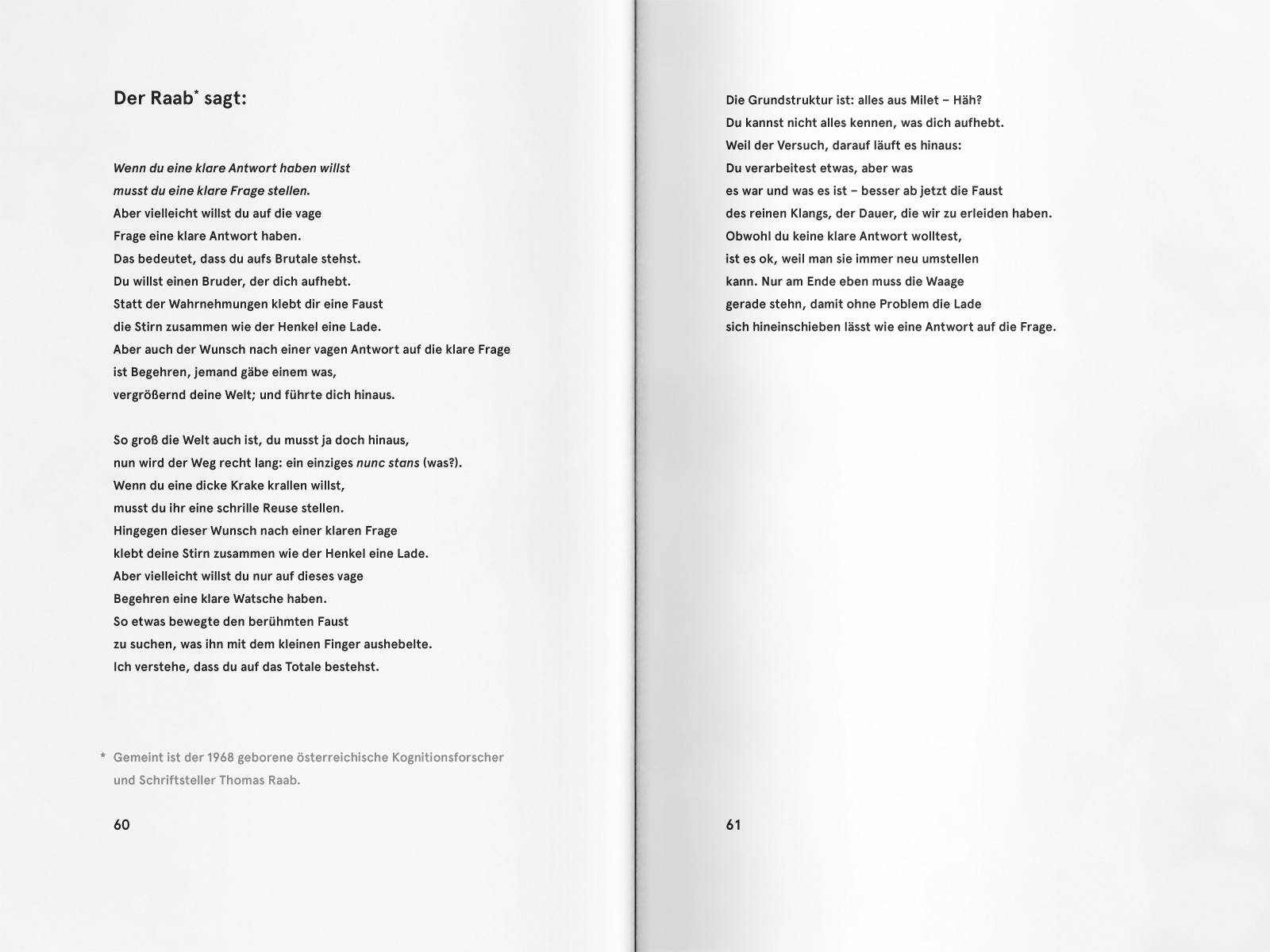 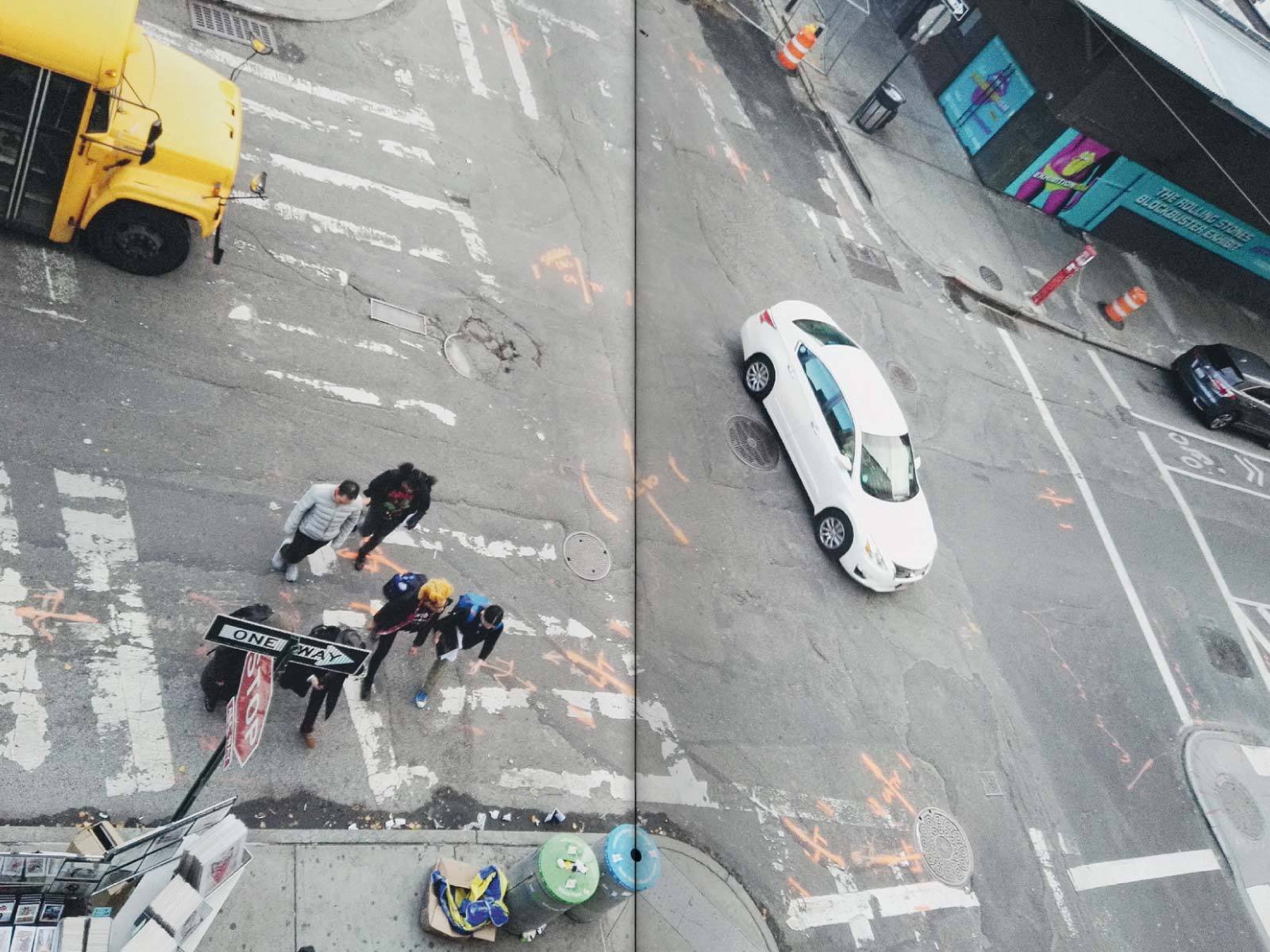 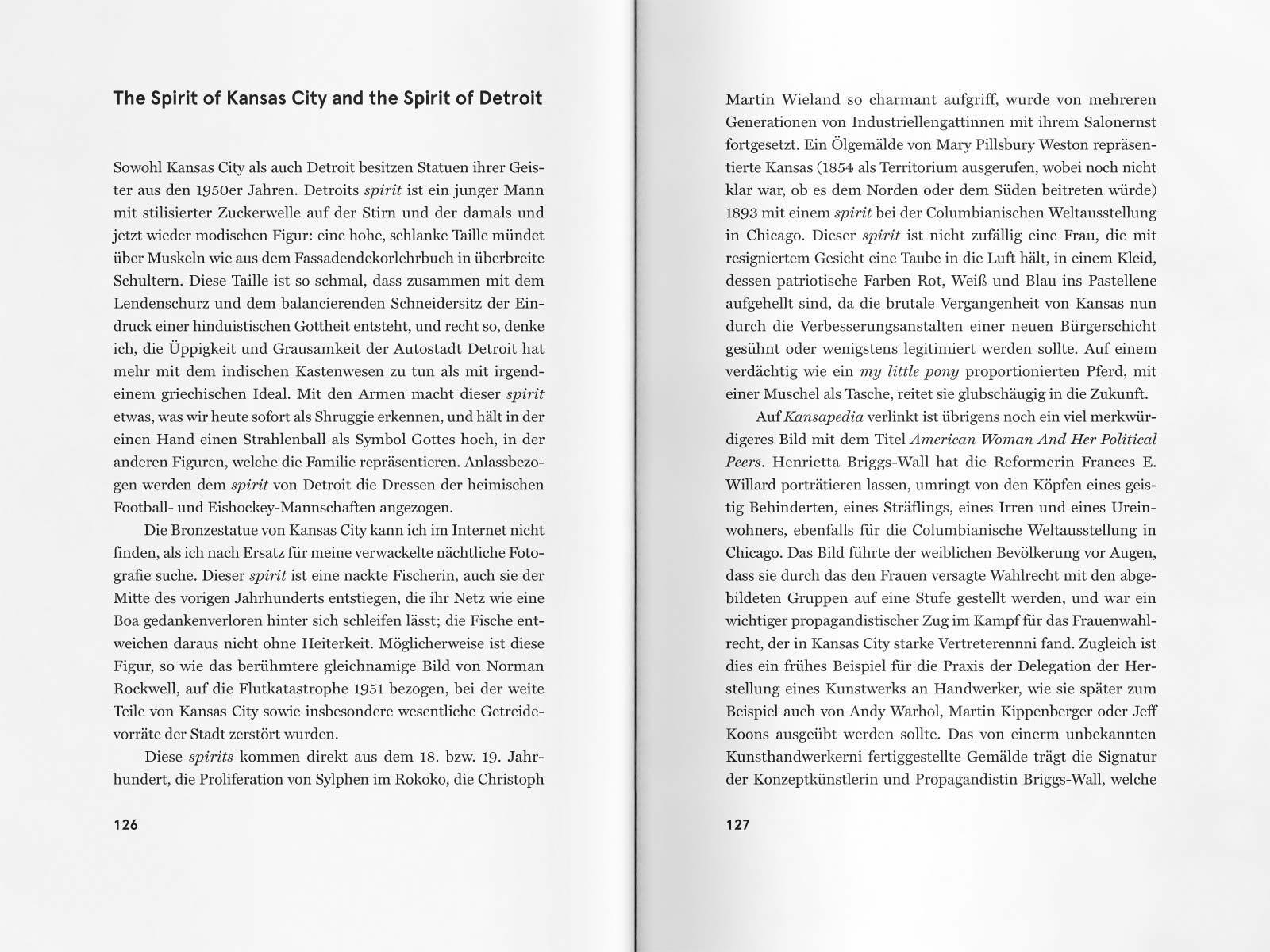 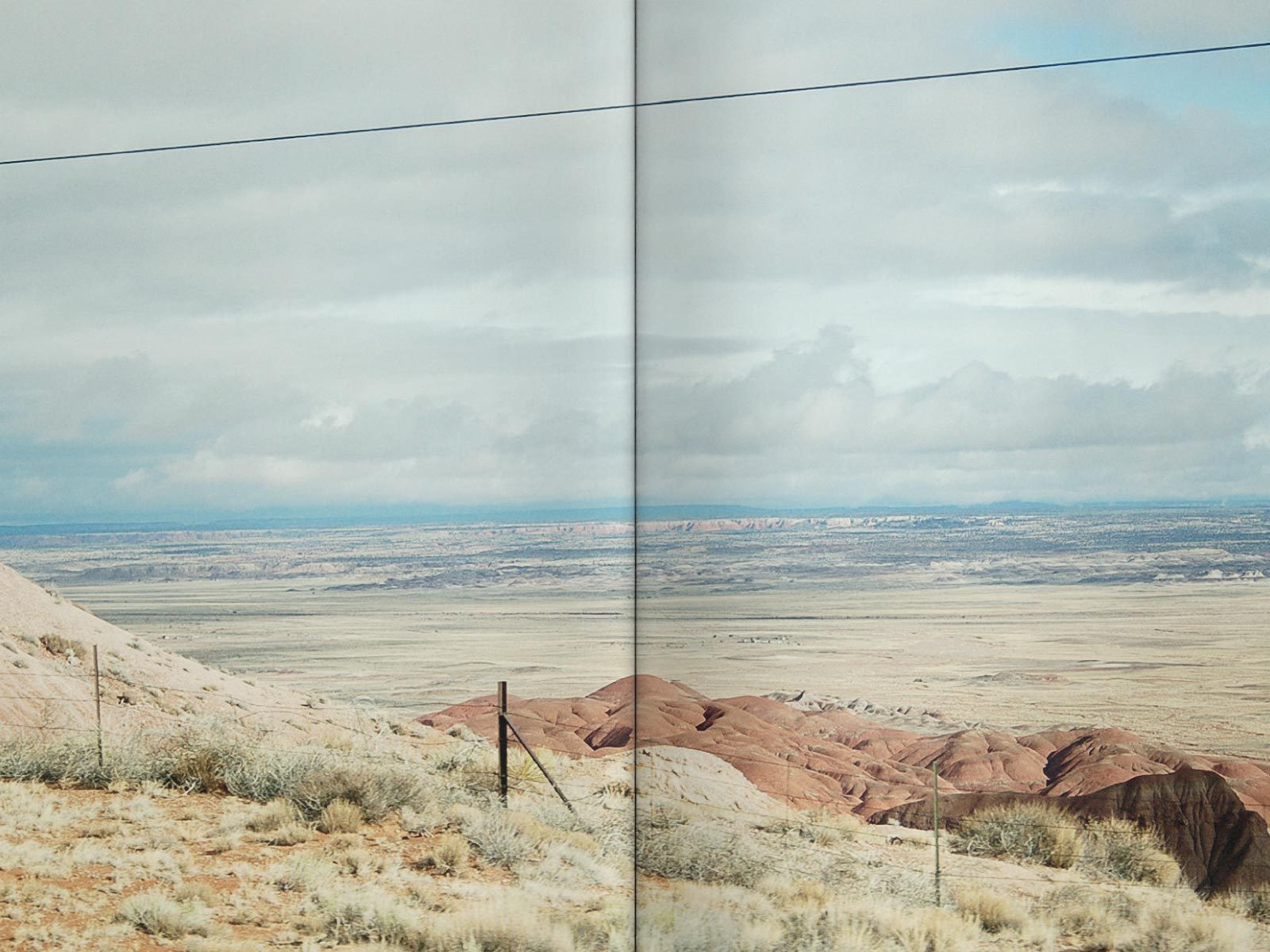 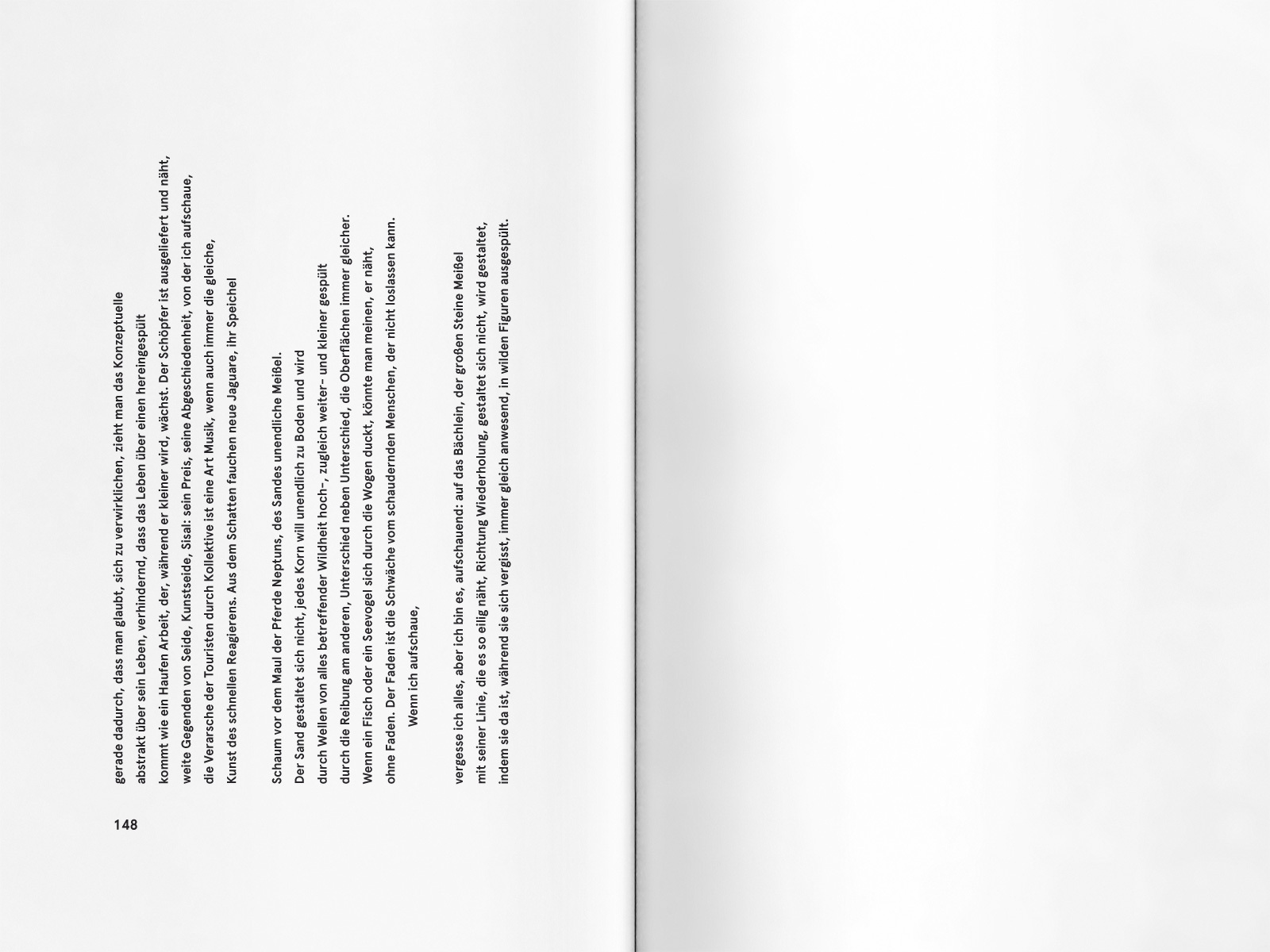 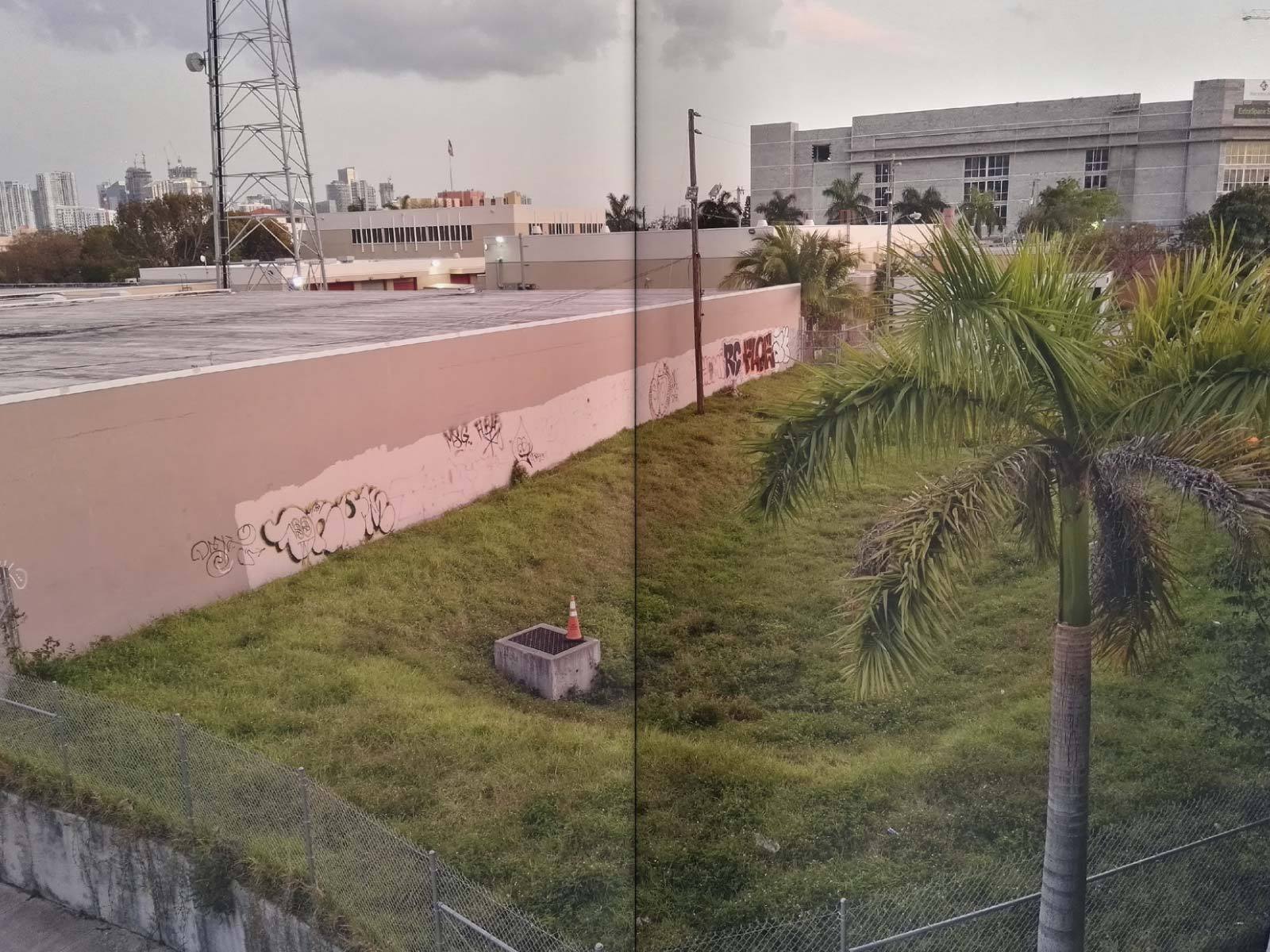