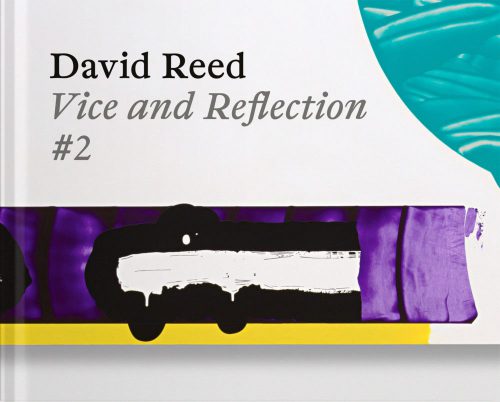 “Miami Vice”, the legendary American television series, was cool and stylish, the epitome of the postmodern eighties. At the time, fans of the show included the painter David Reed (born 1946 in San Diego, lives and works in New York). For an exhibition at the Pérez Art Museum Miami (2016), the artist created a new series of works. The four paintings, #658, #659, #660 and #661, refer to an older picture from 1984/85 with a striking palette of rich blues and yellows. It is entitled “Vice”, after the series that ran for five seasons between 1984 and 1989. The extremely elongated format reflects the key role played by the film aesthetic in the constitution of Reed’s pictures. The four new paintings are being shown in Europe for the first time, together with the accompanying drawings, color studies, and a video film with a manipulated scene from the pilot for “Miami Vice”.

In the mid-1970s, Reed translated the richly expressive gesture of the brushstroke into an artificial, highly controlled depiction of the “brushstroke”. Whereas in Abstract Expressionism, traces of the artist’s hand testified to creative introspection, Reed transformed them into an object of analysis and reflected manipulation. This amounted to a conceptual turn in the history of American painting.