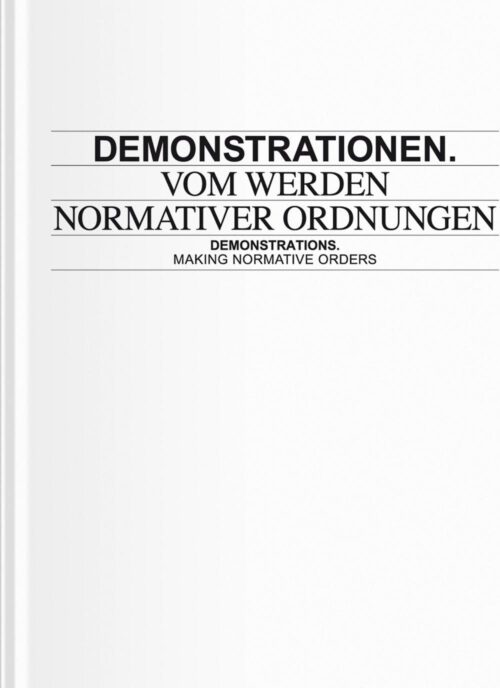 Every single person is connected within an invisible system of order that determines his deeds and actions, legitimises him or even censures him. This system may be established through violence and repression, or it may have been negotiated on the basis of a set of rules, freely decided, with convincing arguments. The manner in which normative systems of order in a state are negotiated usually becomes visible only when people take to the streets to give expression to their doubts as protest. This reader is devoted to an interdisciplinary discussion of the various possibilities of public demonstrations by means of historical and contemporary paintings, graphics, photographs, installations, video and sound works and performances. Connecting motifs and special forms of negotiation are focused on along with the underlying normative agenda at demonstrations.
A highly-topical subject—2011 will also be remembered as the year of revolutionary movements in the Arab countries and the worldwide protests against the financial policies of the banking system, which have been given a wide media presence— and which also finds great resonance in the art world. The book contains many types of artistic confrontations that reflect political events. 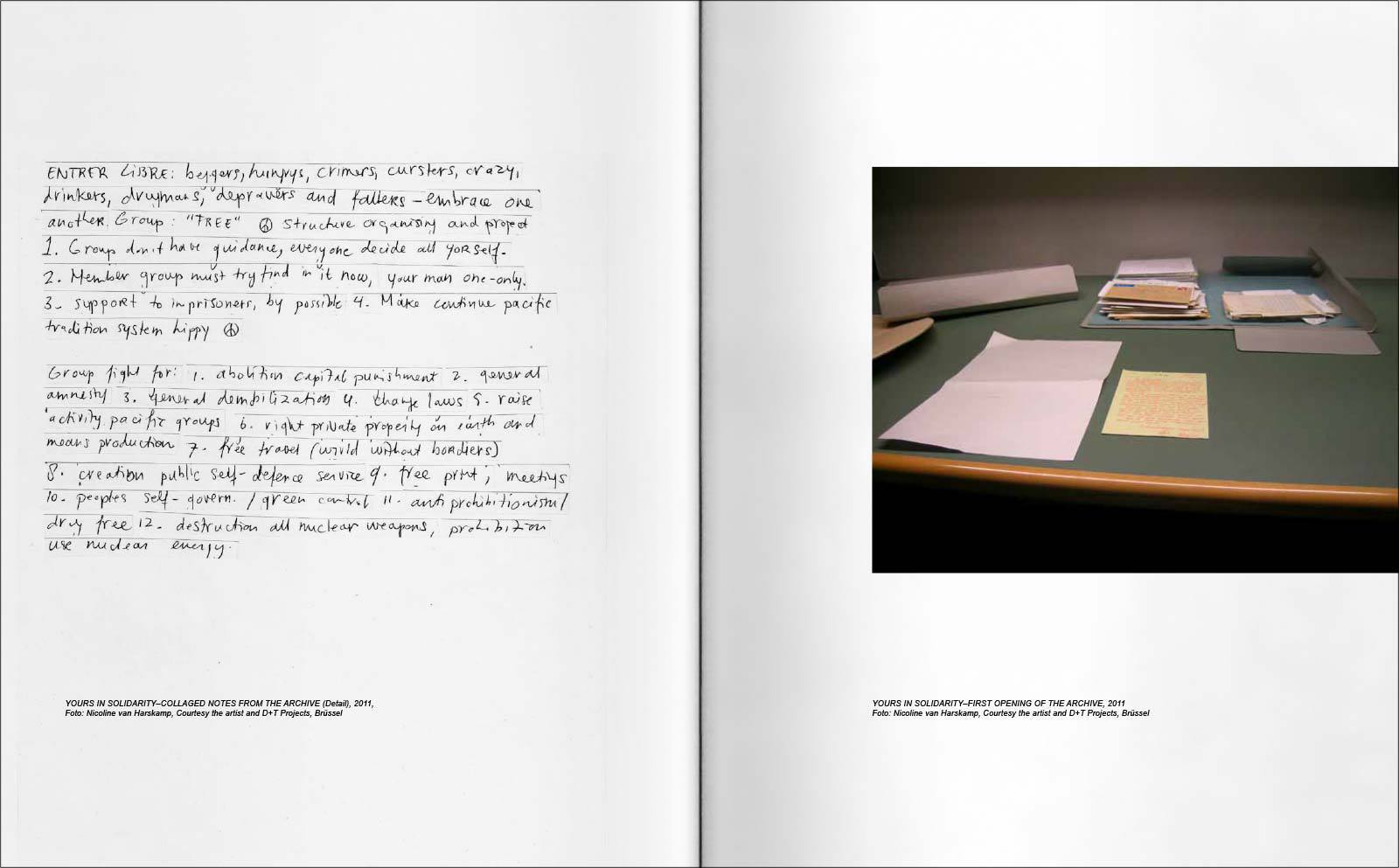 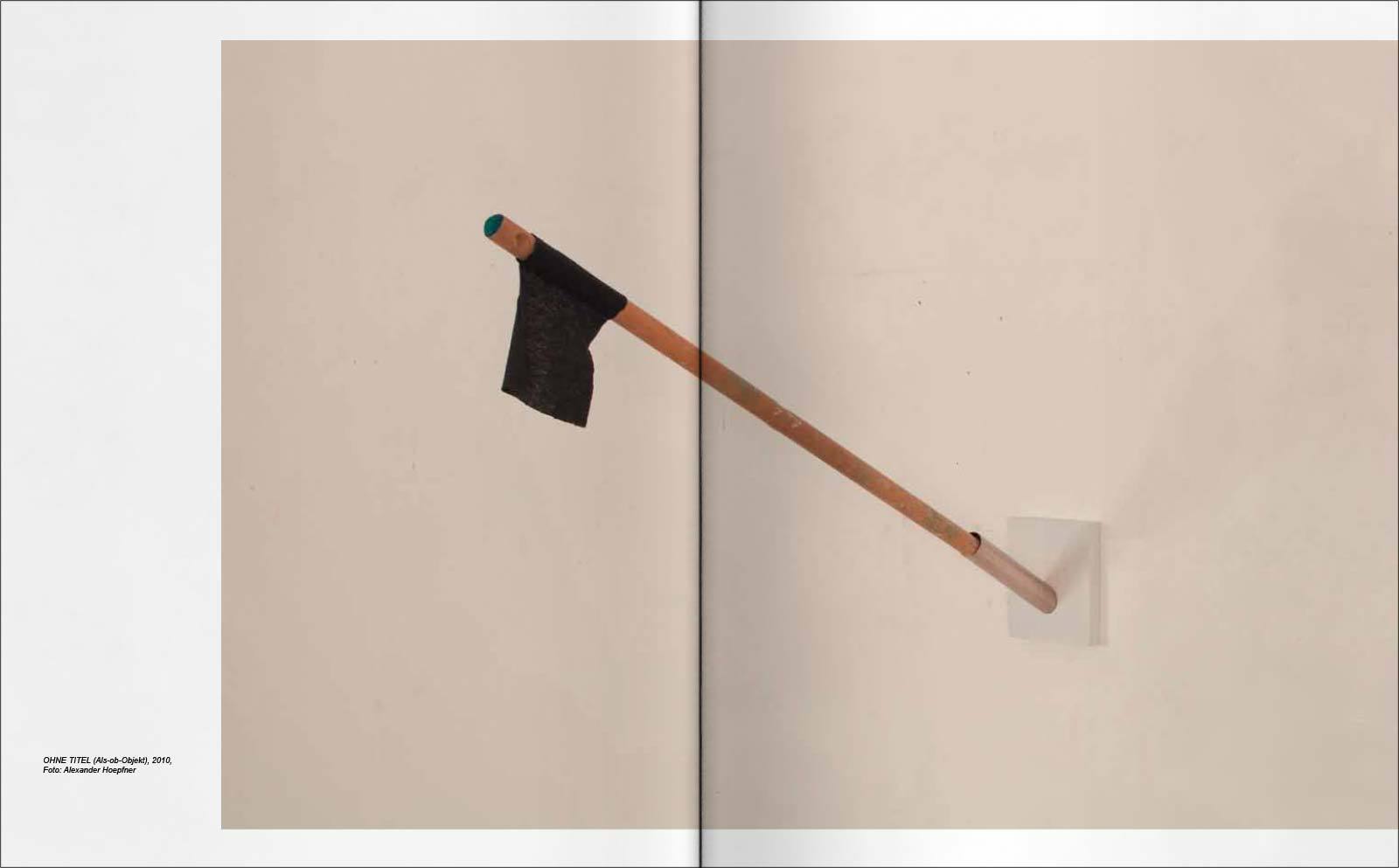 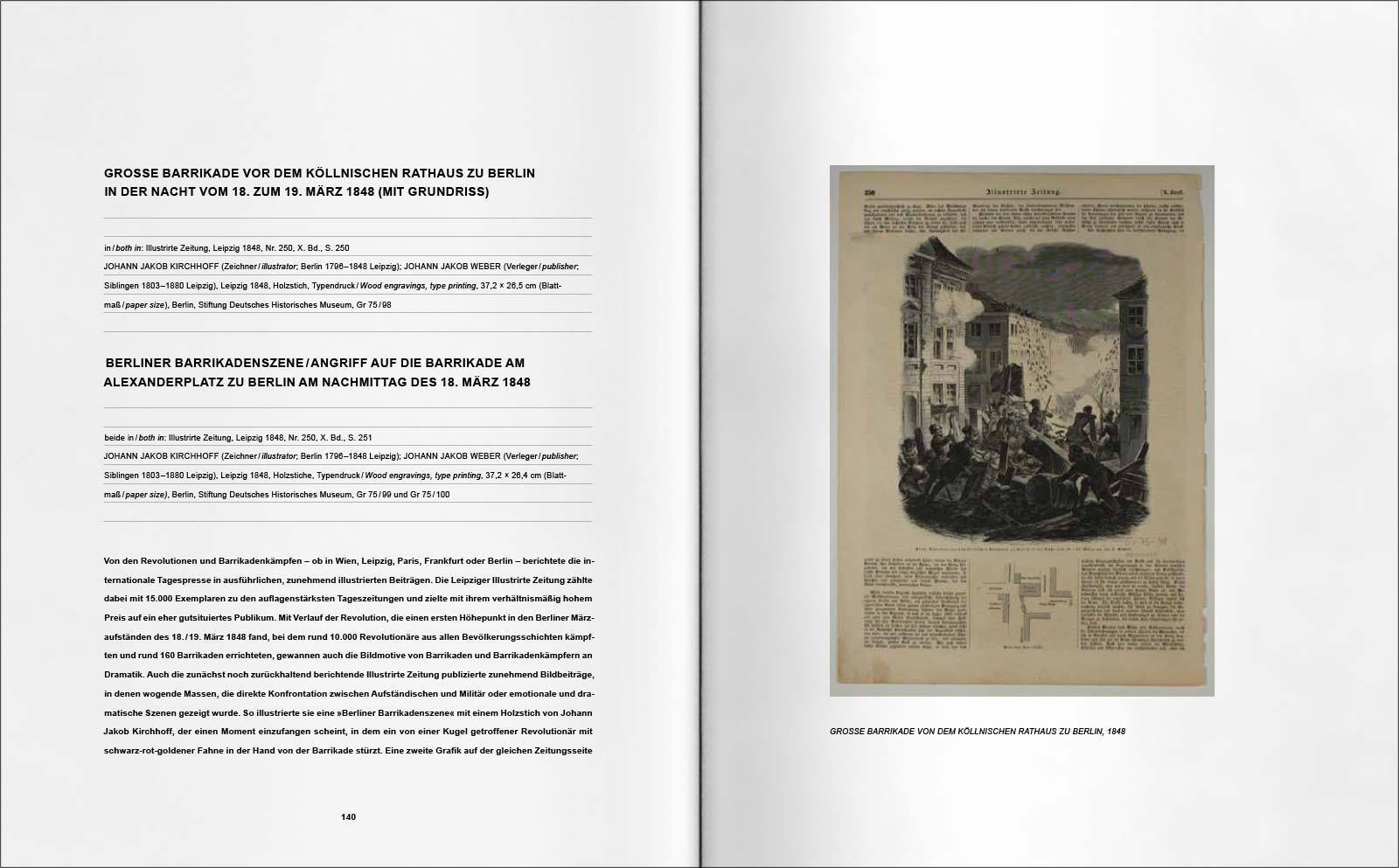 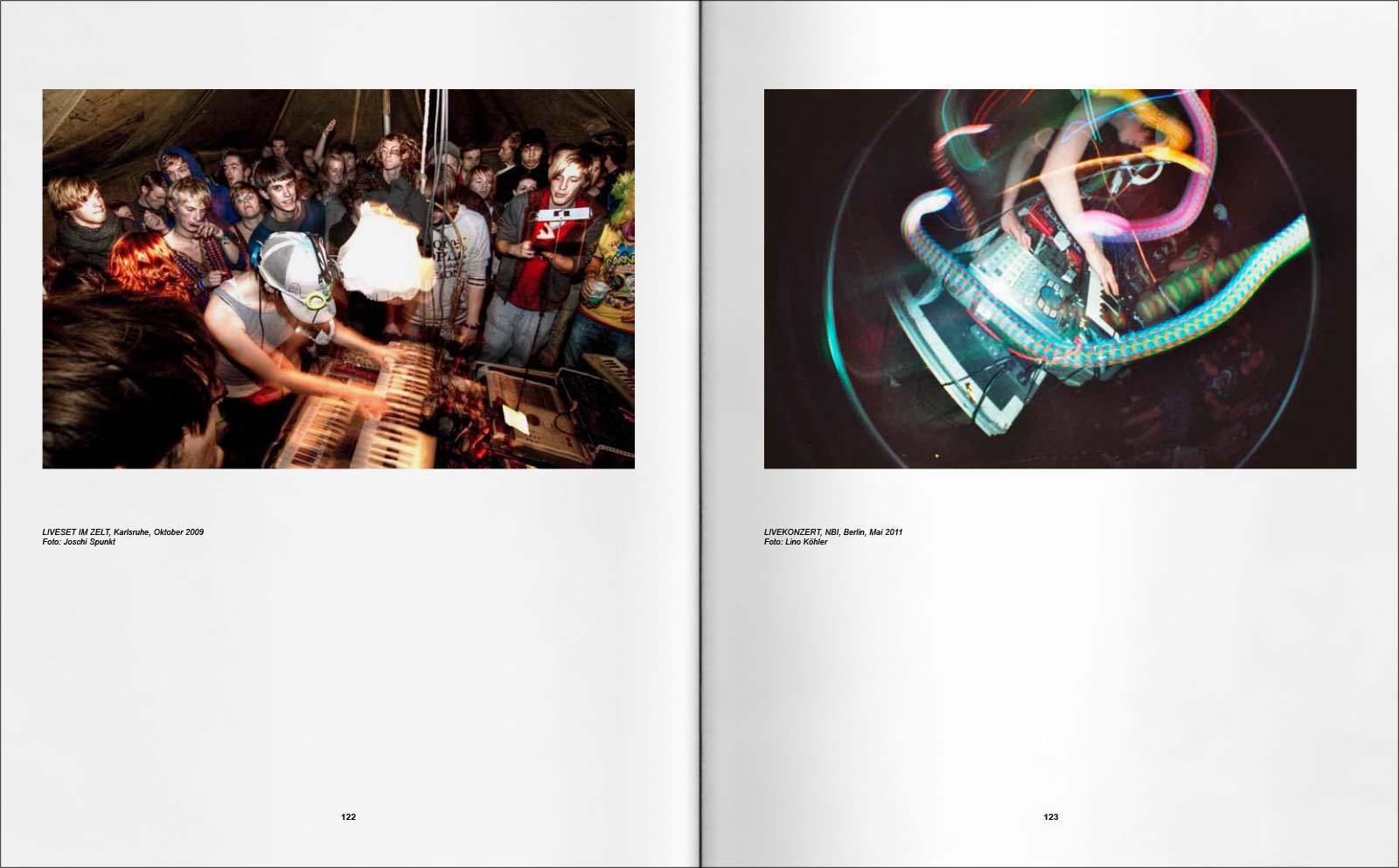 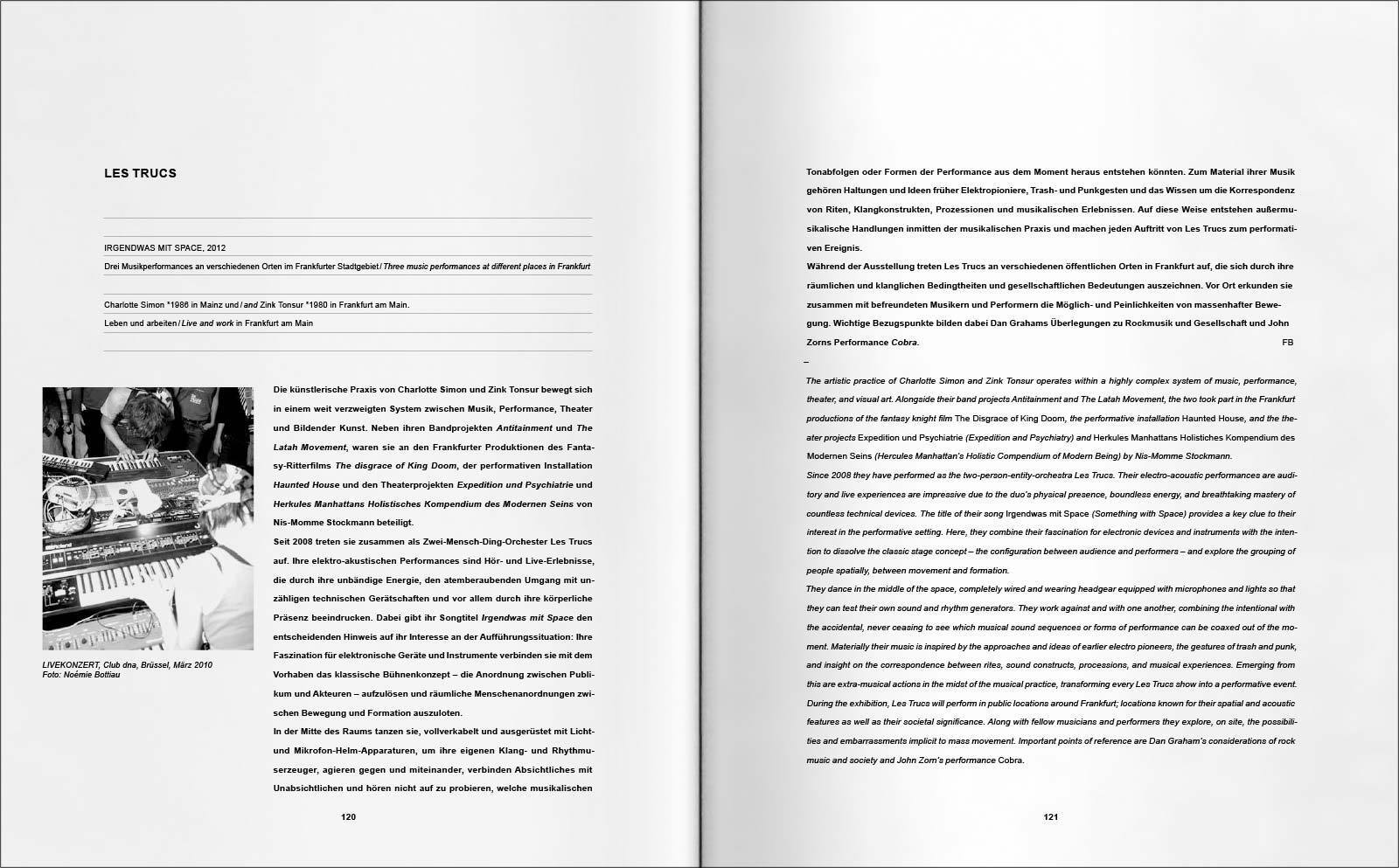 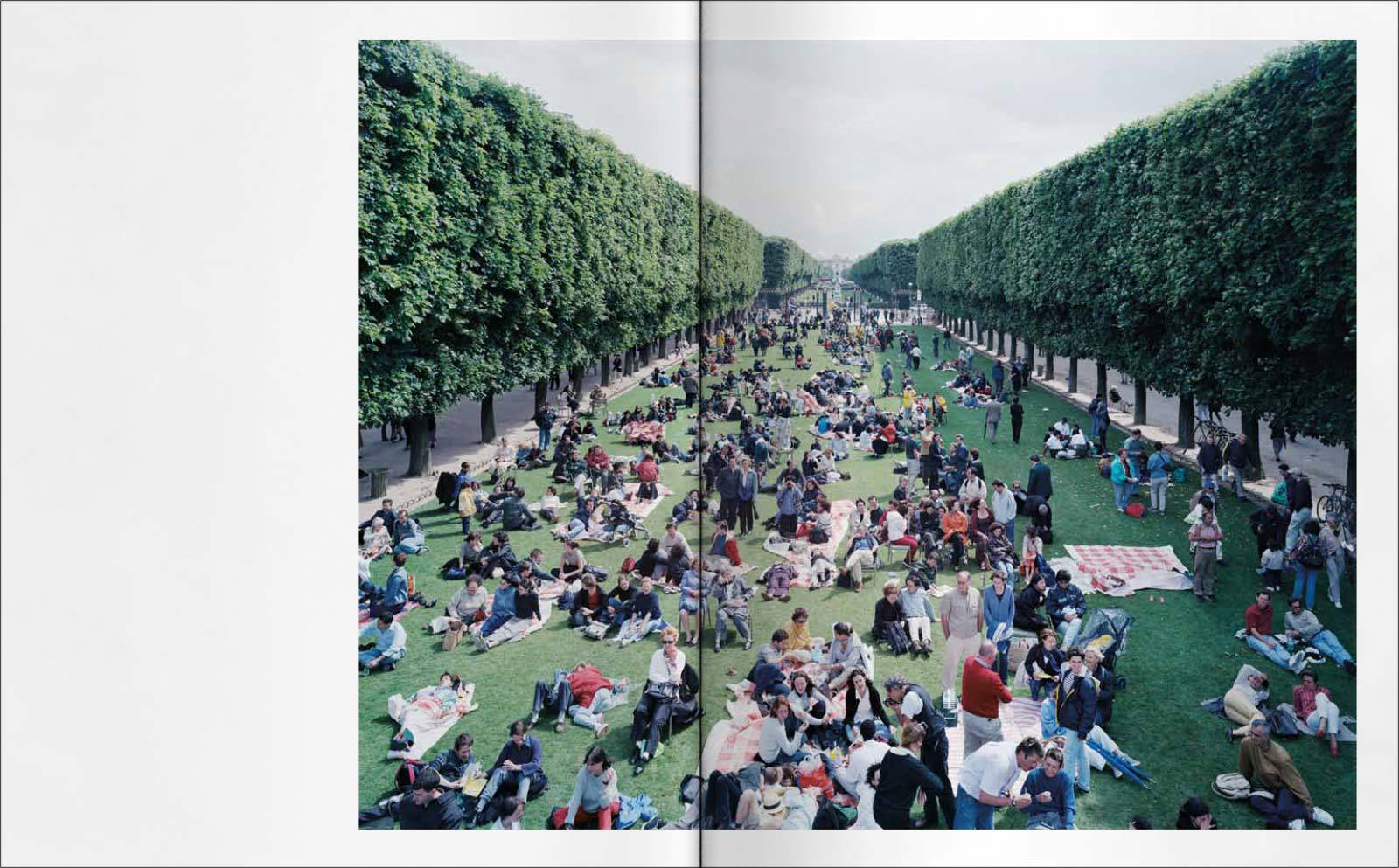 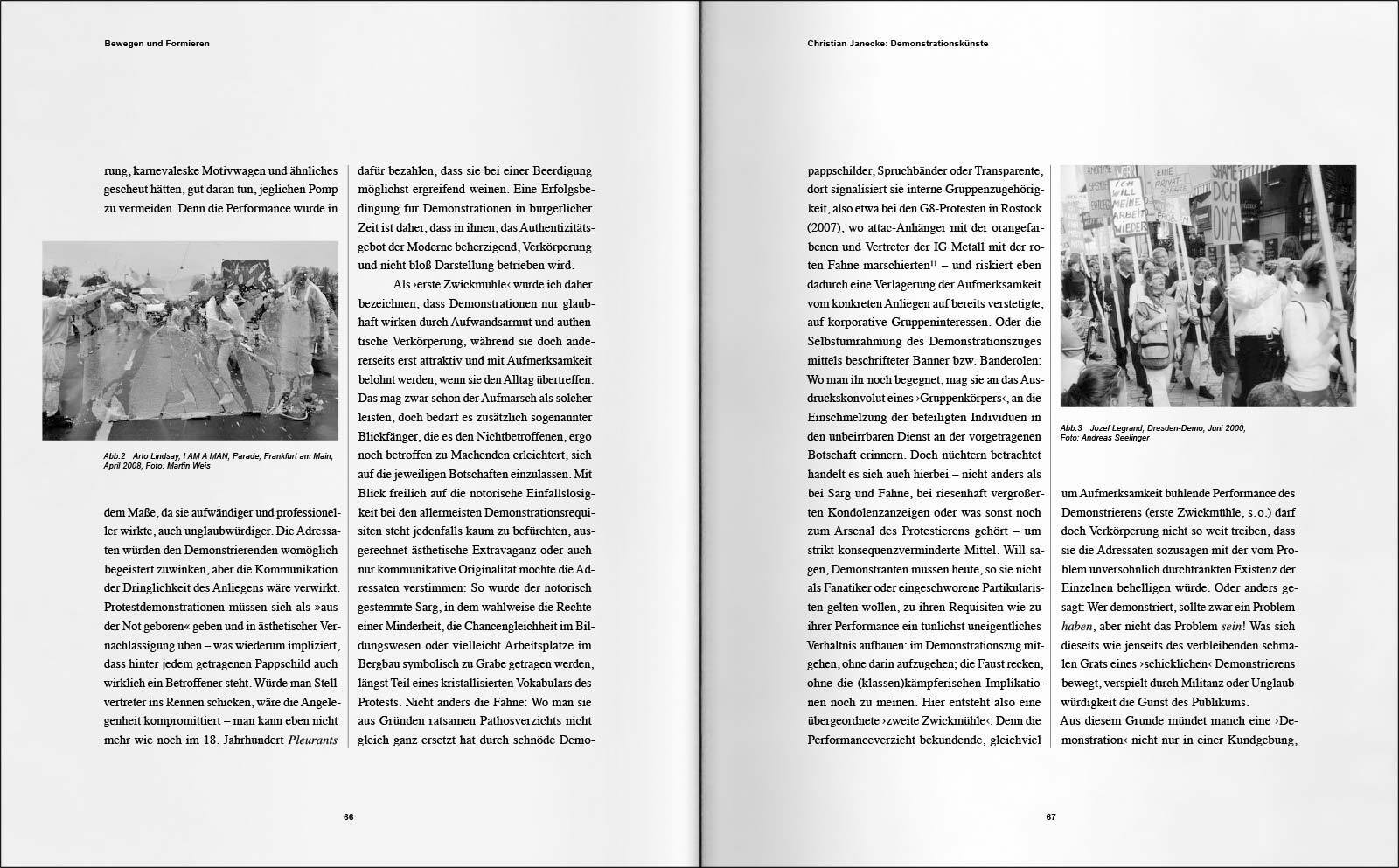 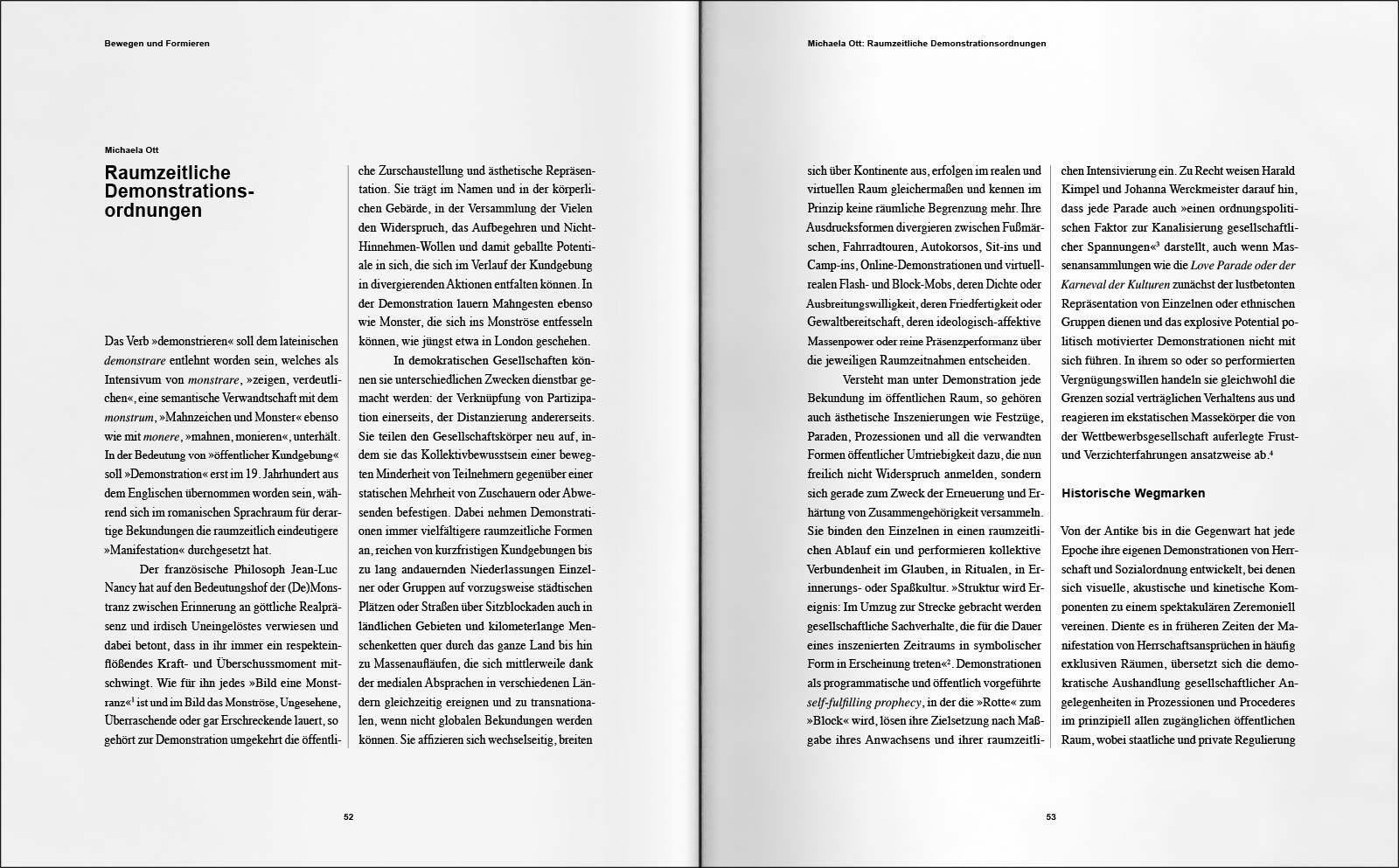 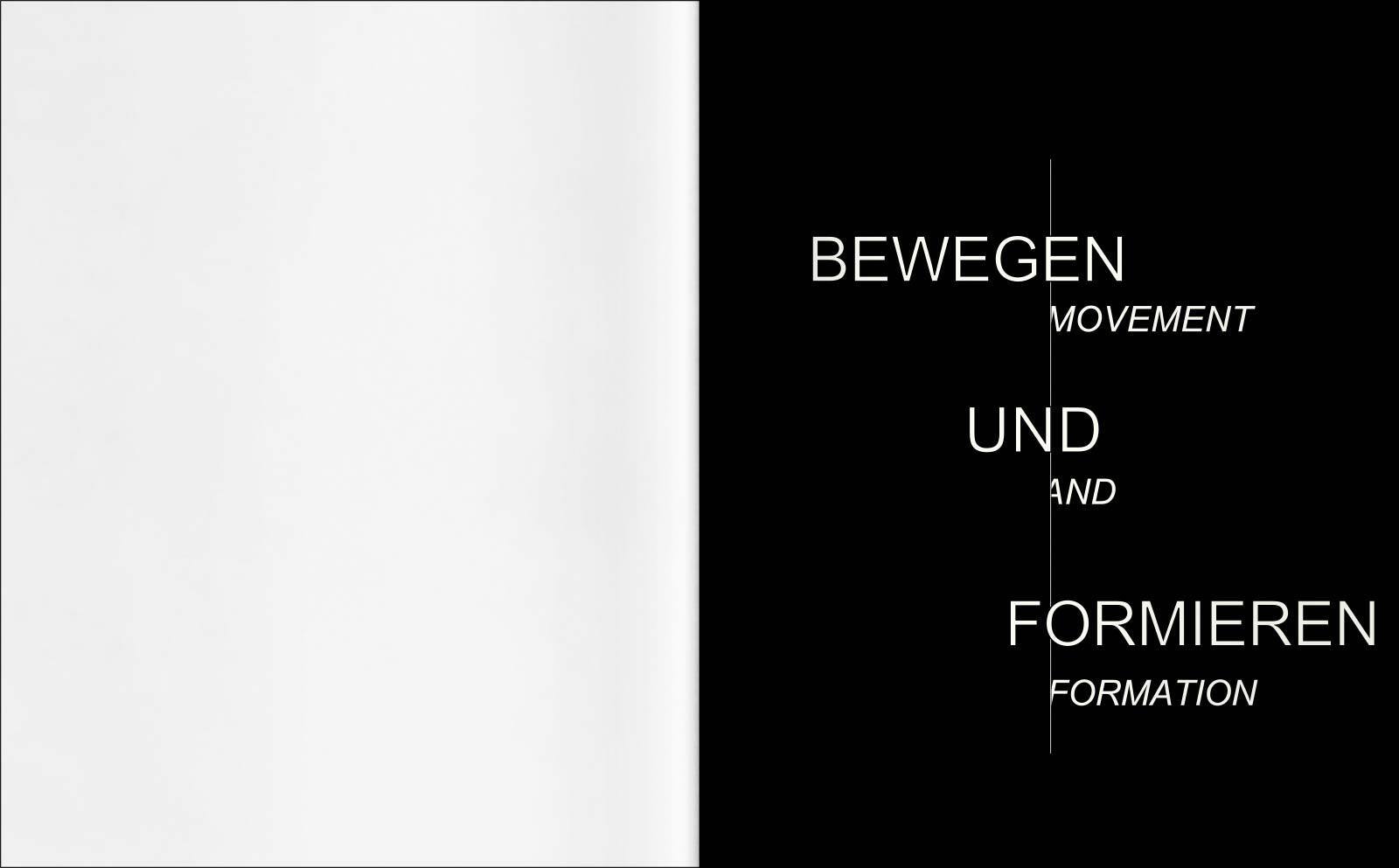 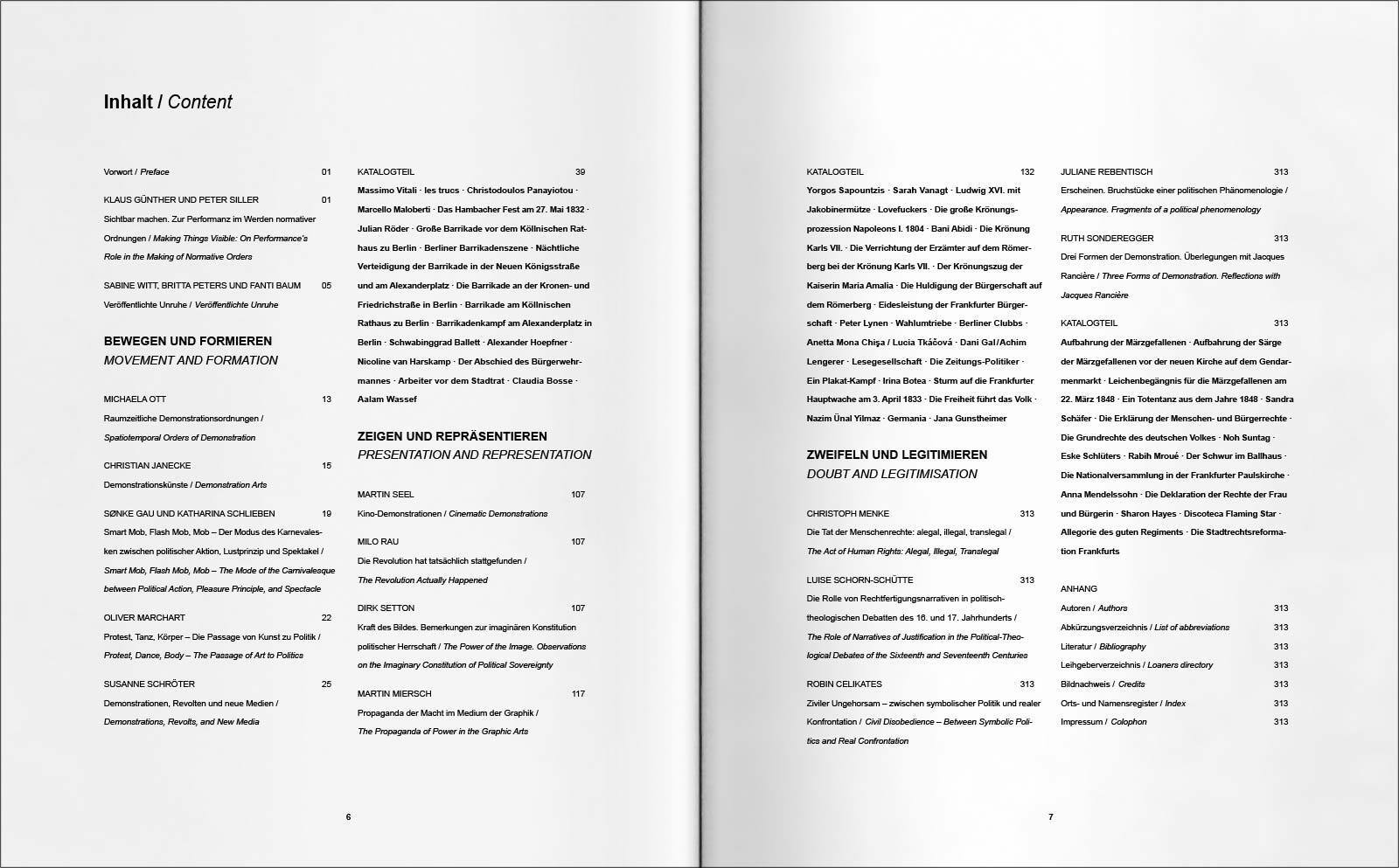