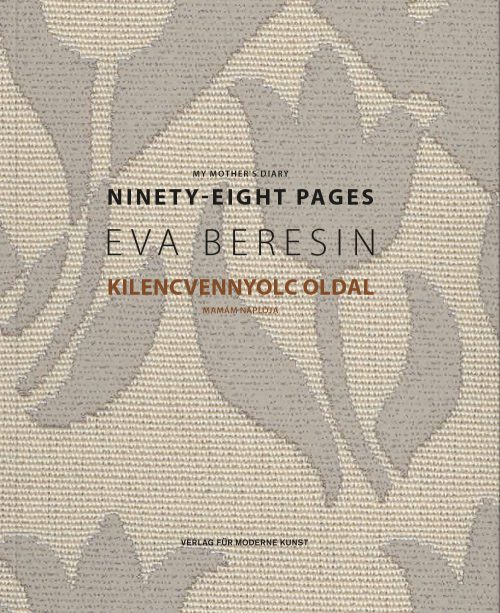 The diary of Eva Beresin’s mother, Sári Erdélyi, which she wrote in the days following her liberation from Auschwitz concentration camp, becomes the center of gravity for an artistic endeavor.

“My family has treasured this small auburn copy containing my mother’s faded handwriting for as long as I can remember. […] The irresistible wish to make those lines legible once again did not surface until after her death in 2007. Sometime during the winter of 2012 it grabbed me and I immersed myself in it (…). Touching her writings, witnessing the movement of my hands as I retraced her faded letters, which had almost disappeared into the paper’s texture, soon became more important than reconstructing their content. […] Eventually I discovered some photographs, which were taken after 1943 and showed before her deportation to Auschwitz, when her world still intact. (…) I translated these black-and-white photographs into paintings, using colors that were present in my imagination.” (Eva Beresin)

Beresin’s paintings depict portraits and scenes from her mother’s happy days before the Germans invaded Hungary in 1944, and her subsequent deportation to Auschwitz. By contrast, the diary entries do not begin until the end of World War II. The cover shows a design her mother drafted made while studying in Budapest. Beresin’s works reveal that the imagination, perception and mimesis are tangible and powerful forces in finding answers to the ineffable. 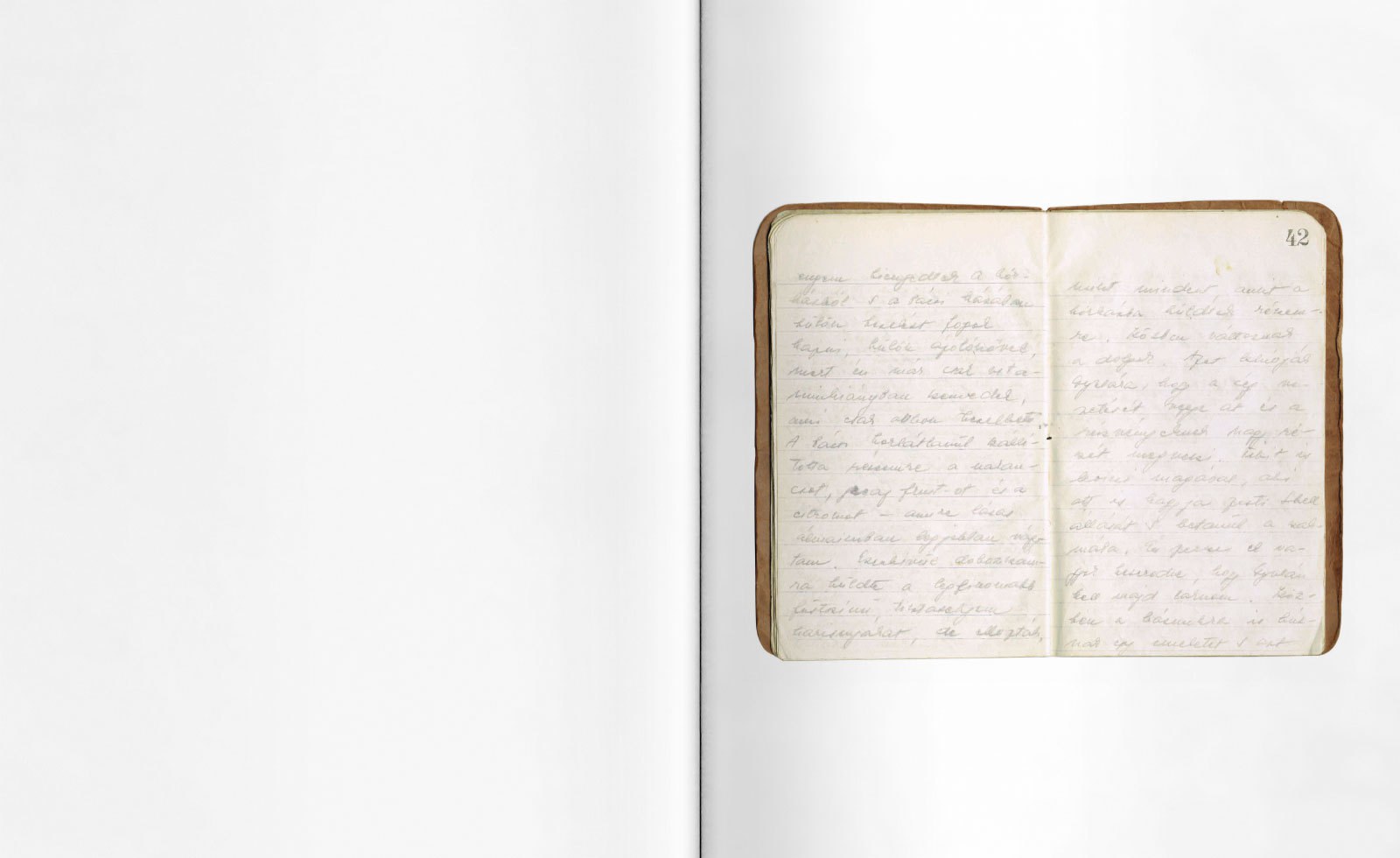 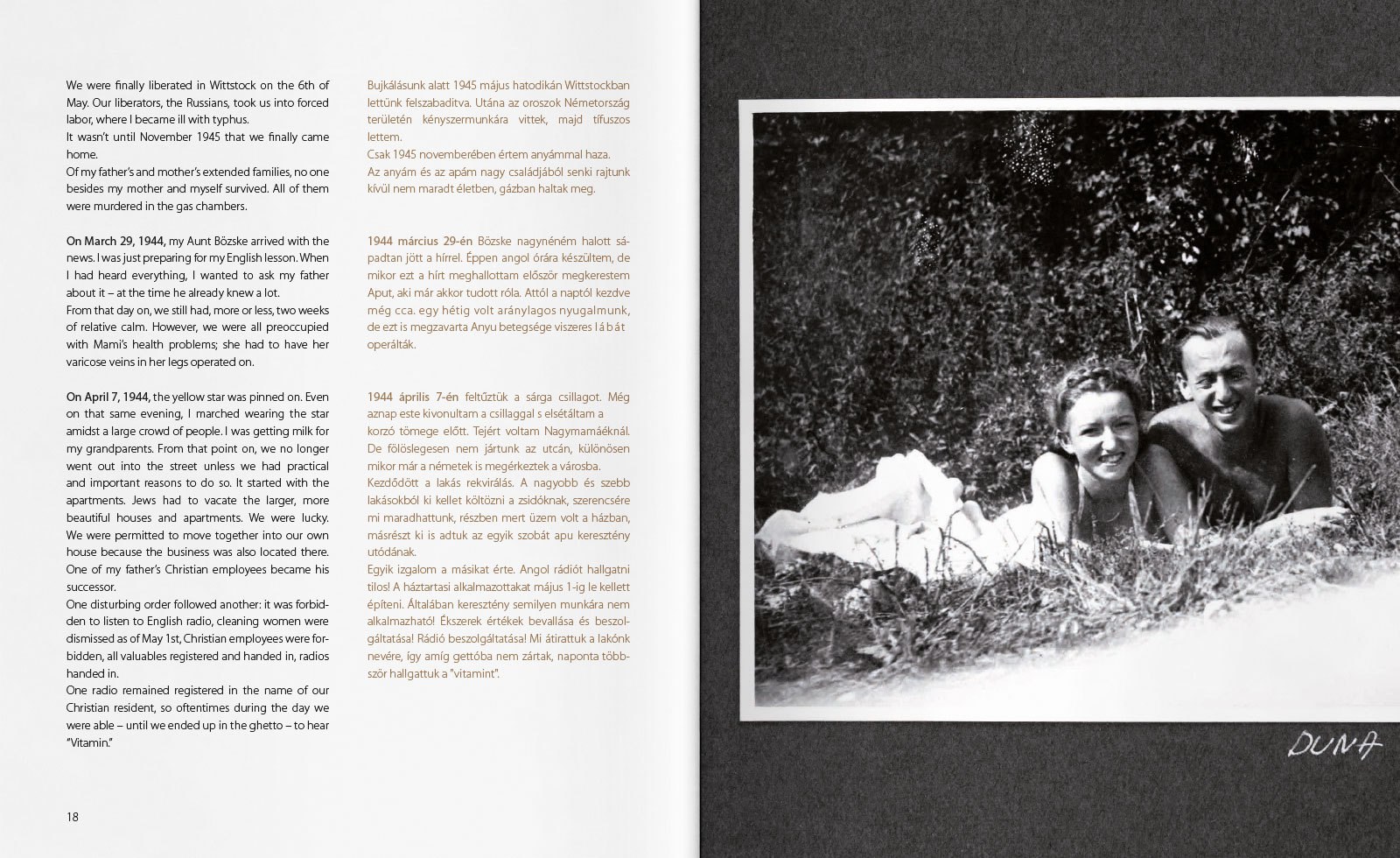 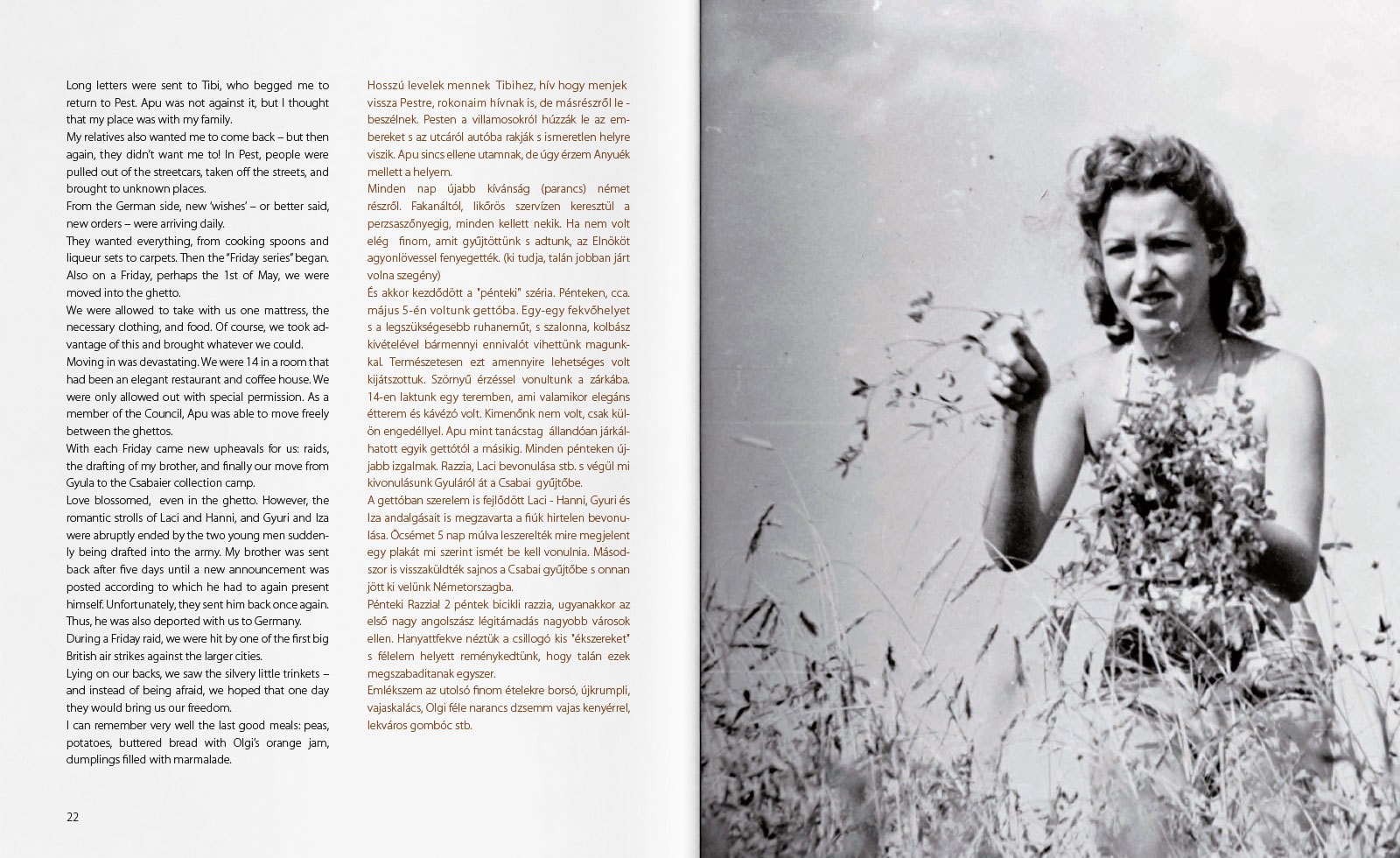 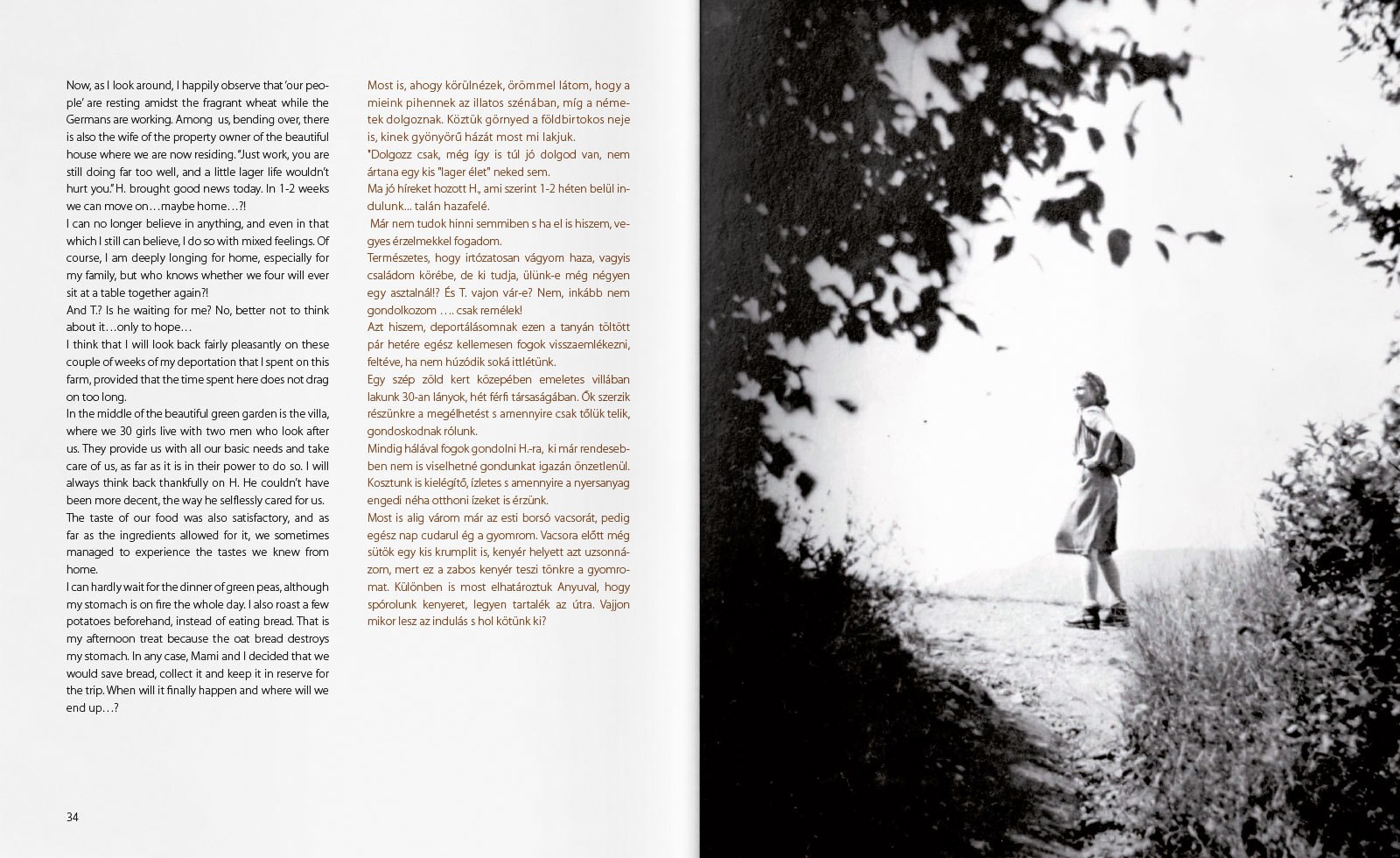 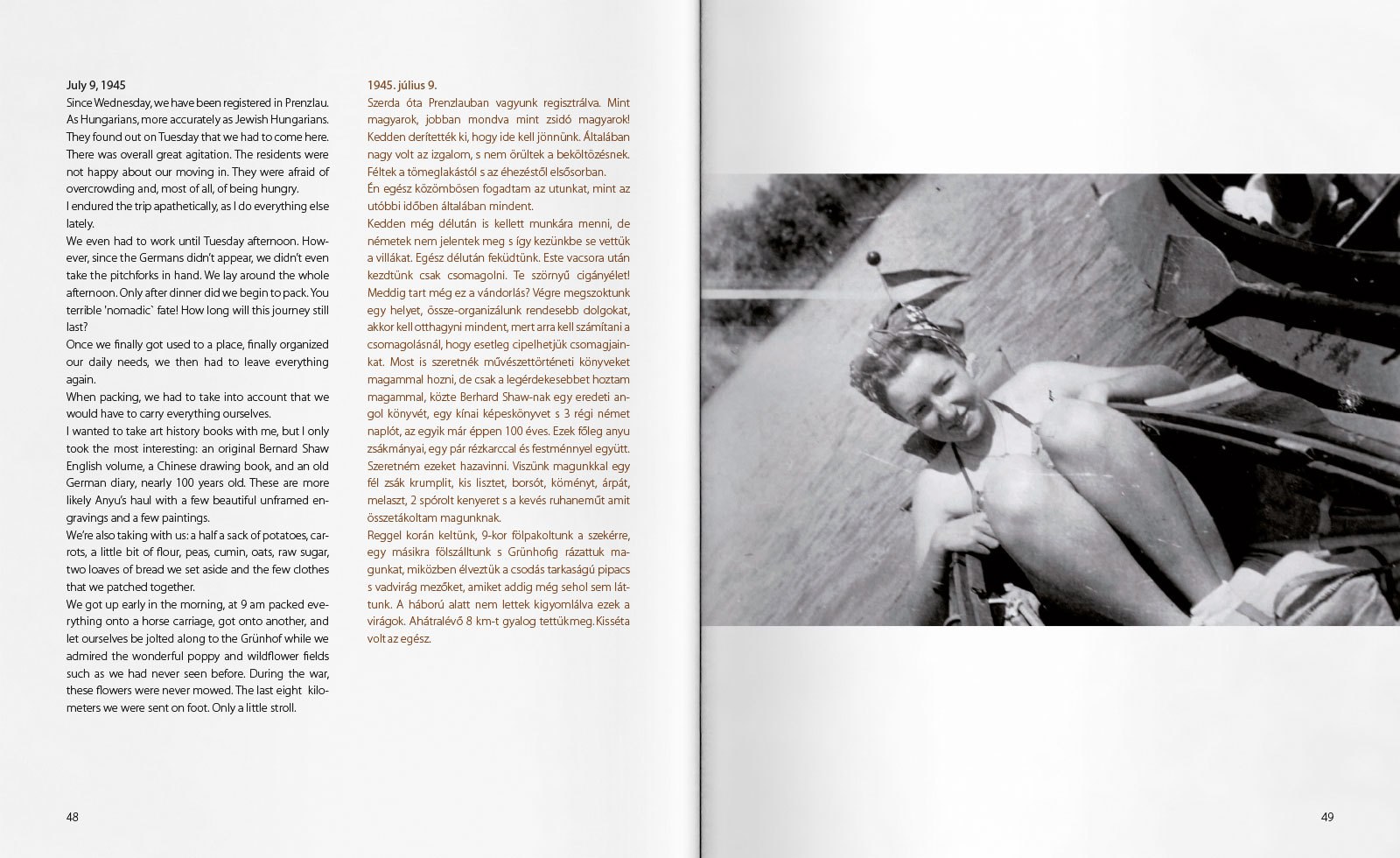 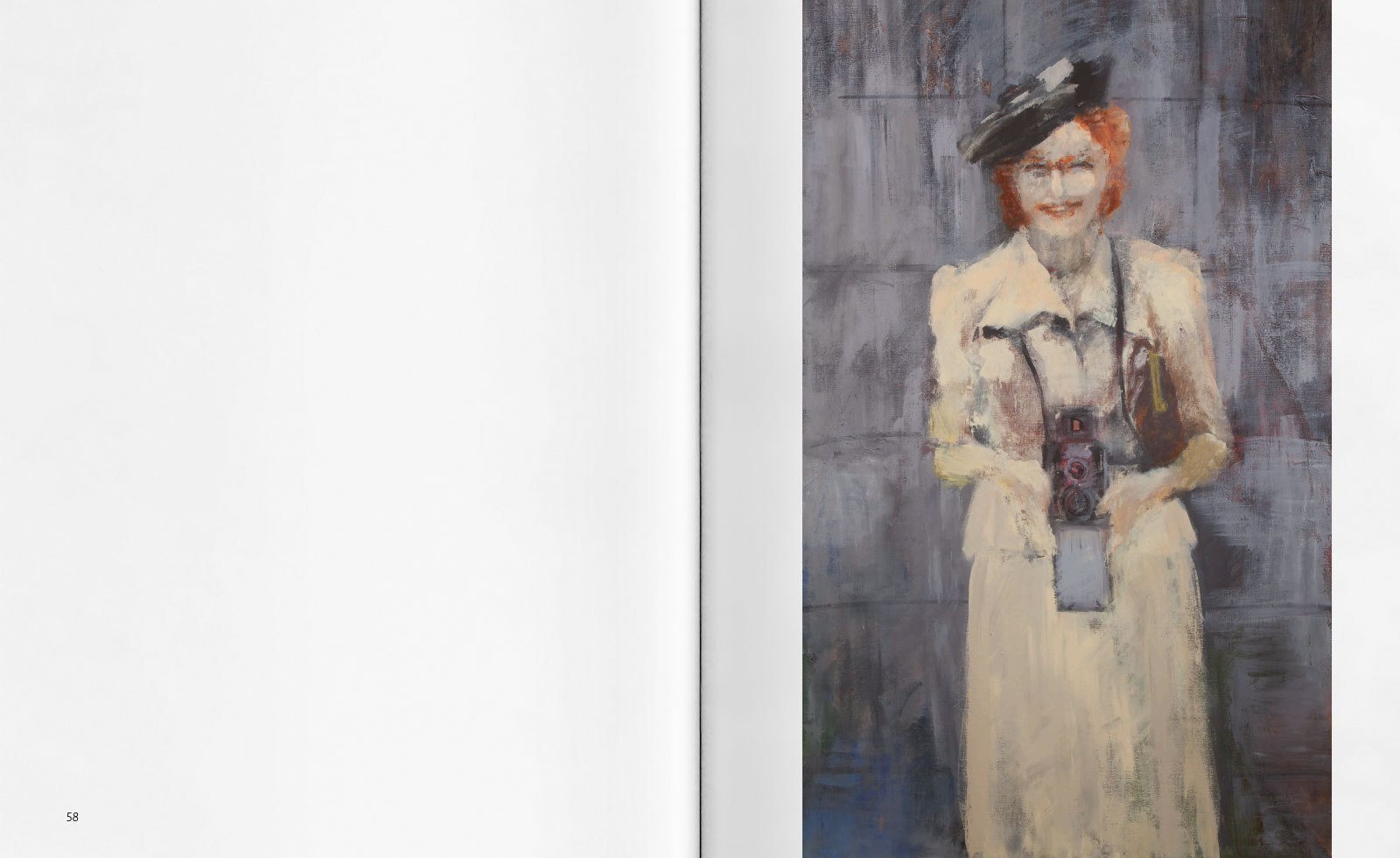 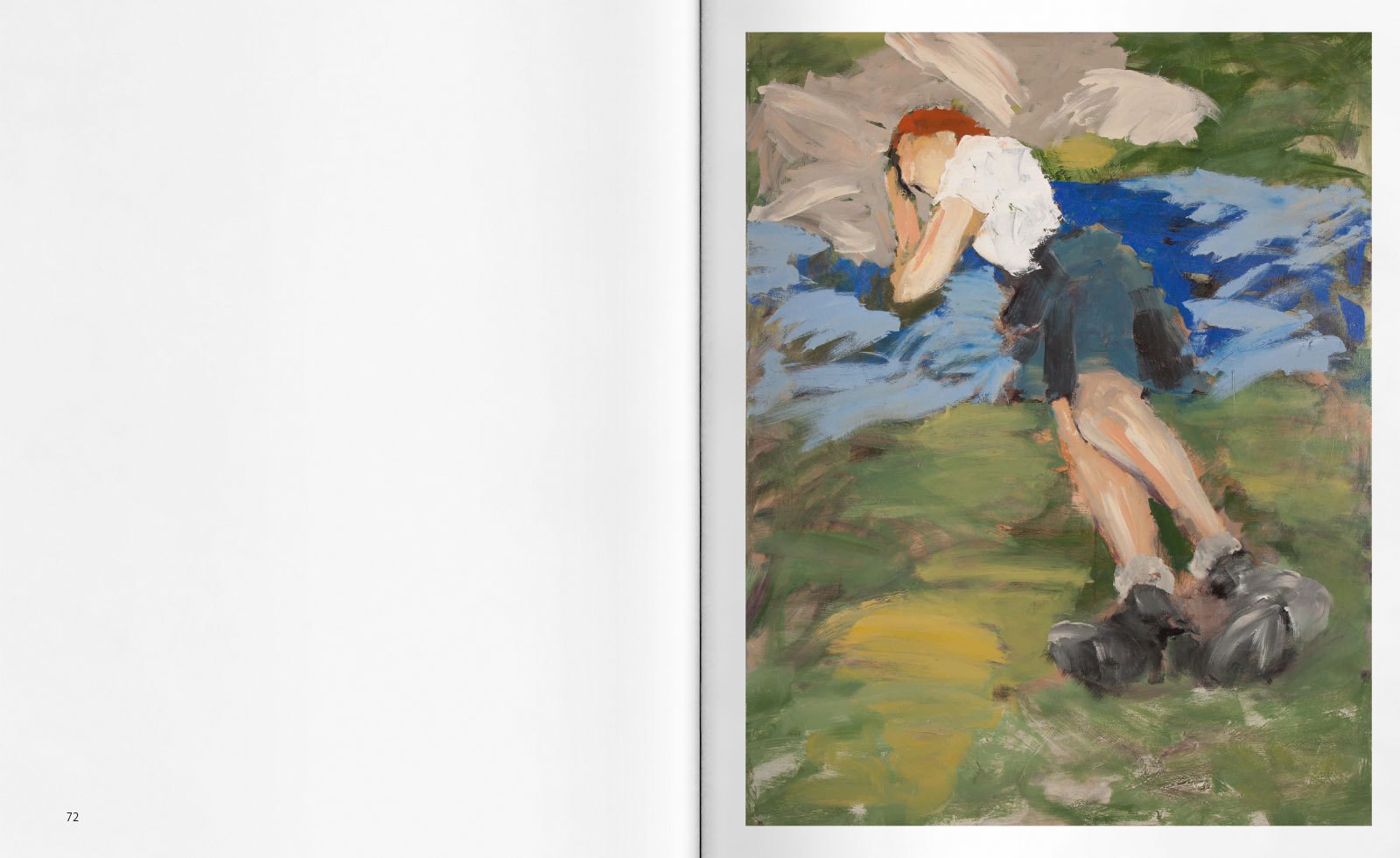 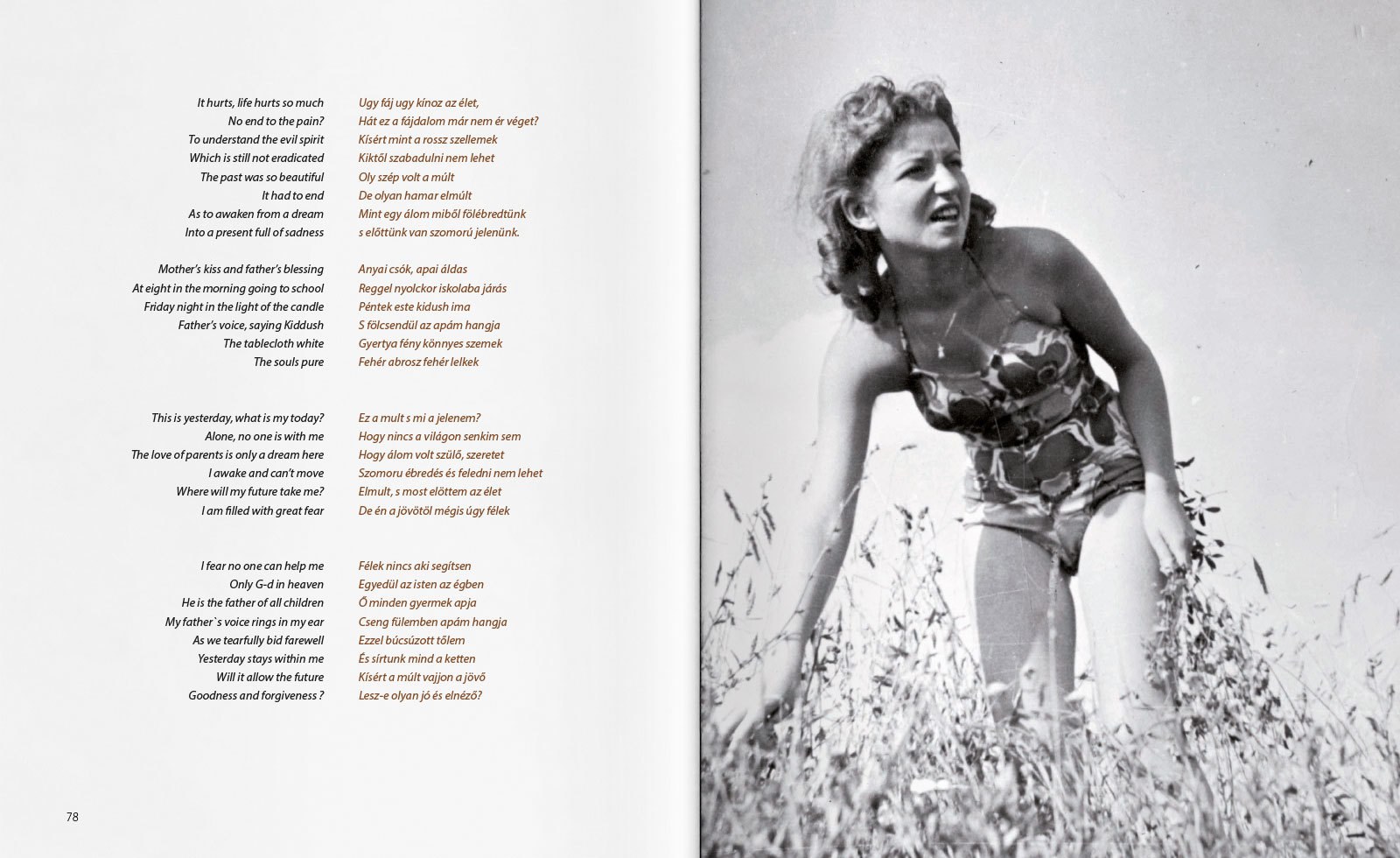 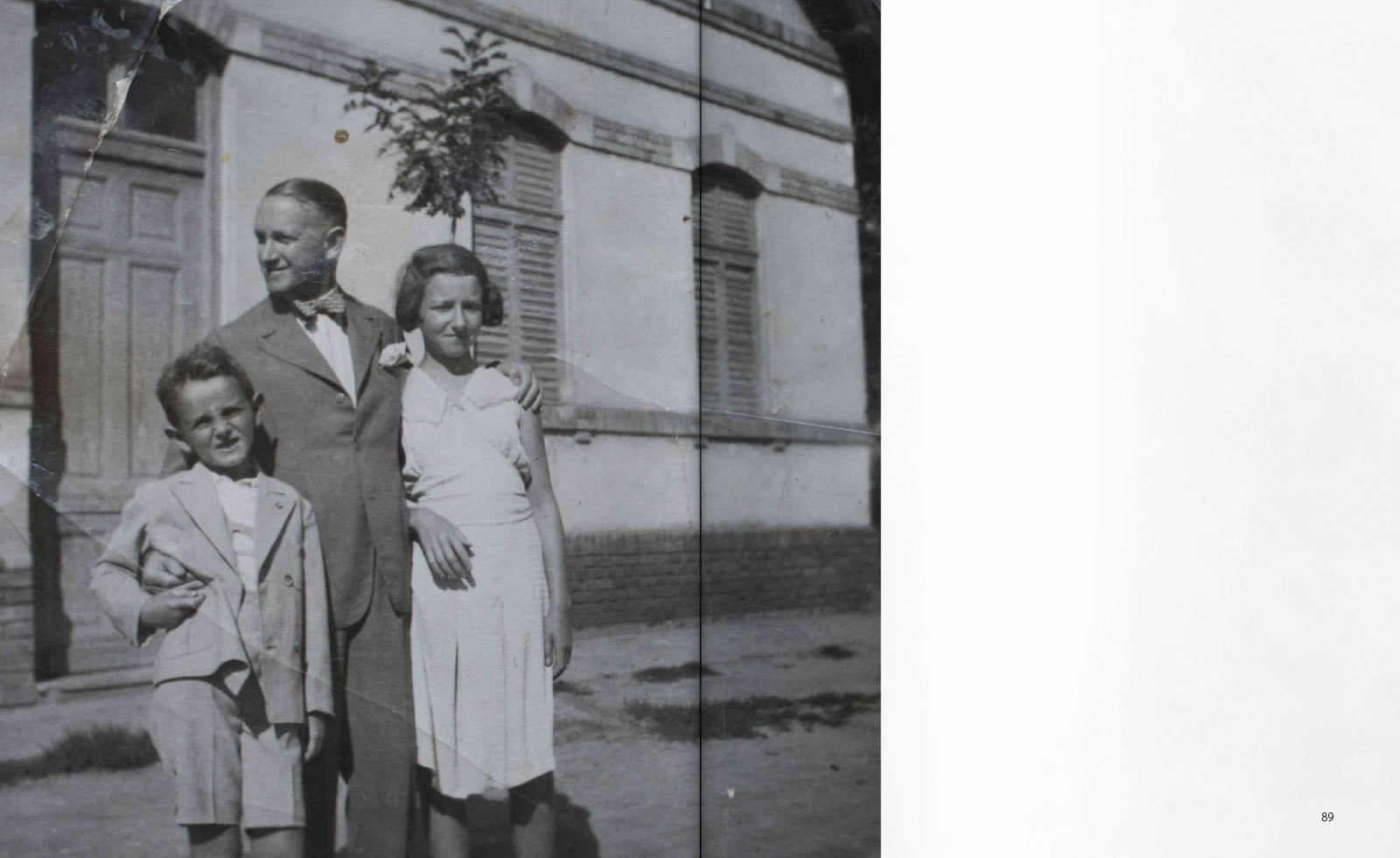 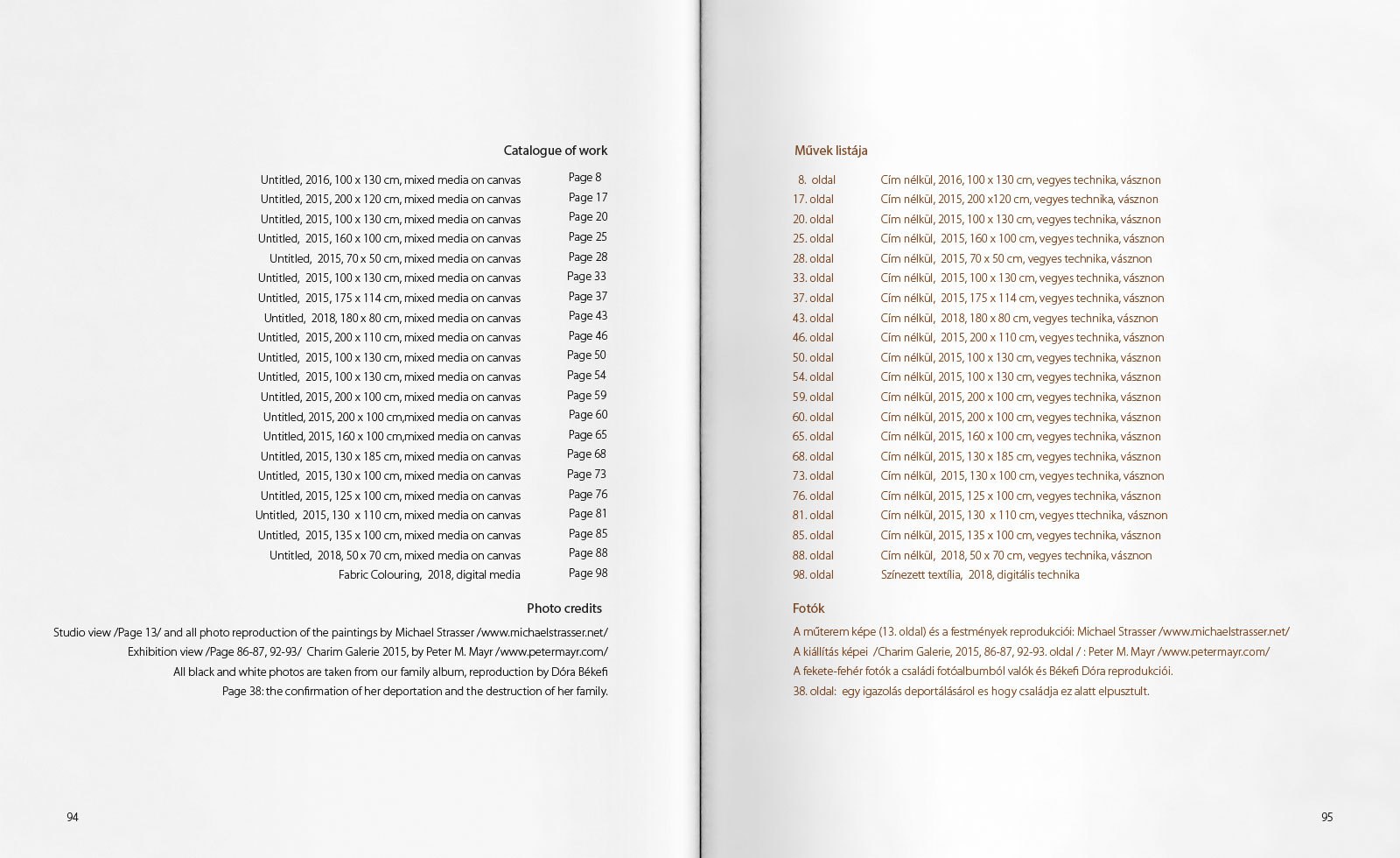