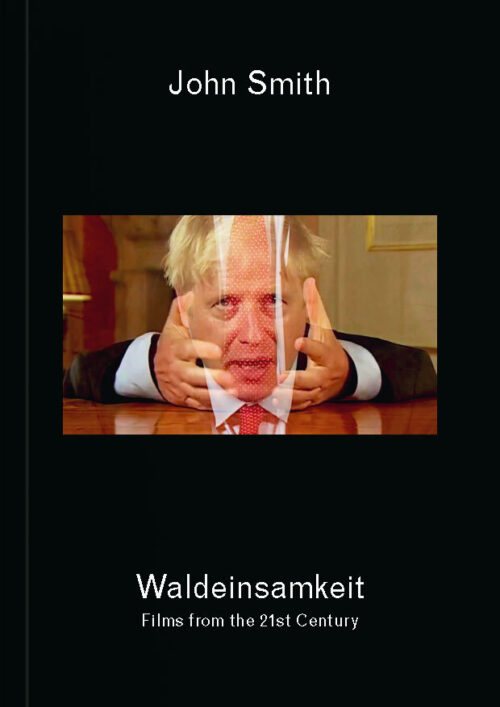 It is said that the word "Waldeinsamkeit" is increasingly circulating in England. The supposedly German phenomenon is in the trend of visiting the forest as a retreat to be alone. John Smith is fascinated by this loanword from German Romanticism as a current phenomenon and thus describes a foray through the two most recent decades of his work. Beginning as an experimental and short film maker, Smith was adopted by video art. In his typical dramaturgy, which experimentally breaks up documentary material and underpins it with humorous elements, he develops cinematic narratives in which reality falters and alternatives are played through. His videos are triggered by personal observations, initially always in London, later also in other cities and now also on the TV or PC screen at home. Everyday experiences provide the material for cinematic play and time-critical commentary. In this alliance of art and life, Smith demystifies the medium Movie.

Born 1952 in Walthamstow, London, studied at North-East London Polytechnic and Royal College of Art, lives and works in London, since 1972 created over 60 films, videos and installation works. 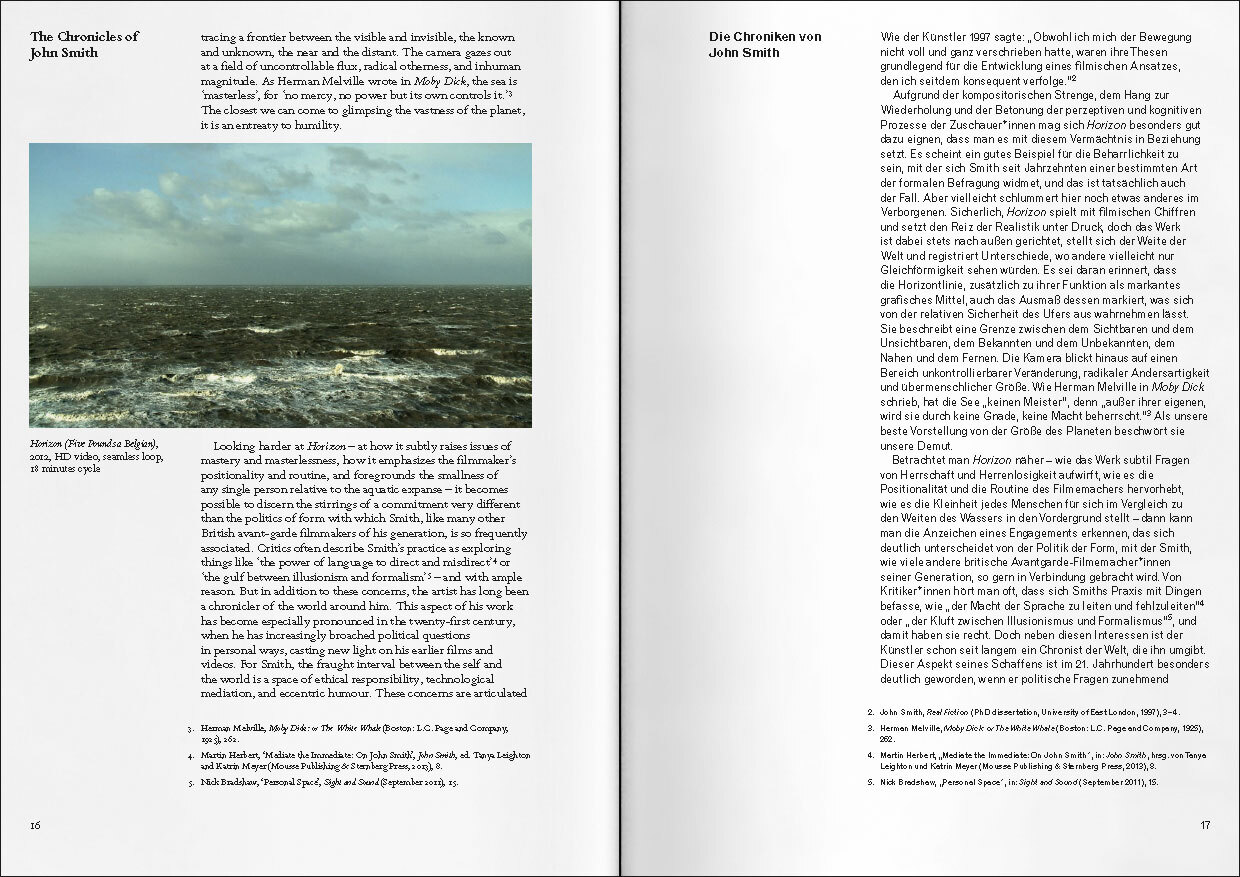 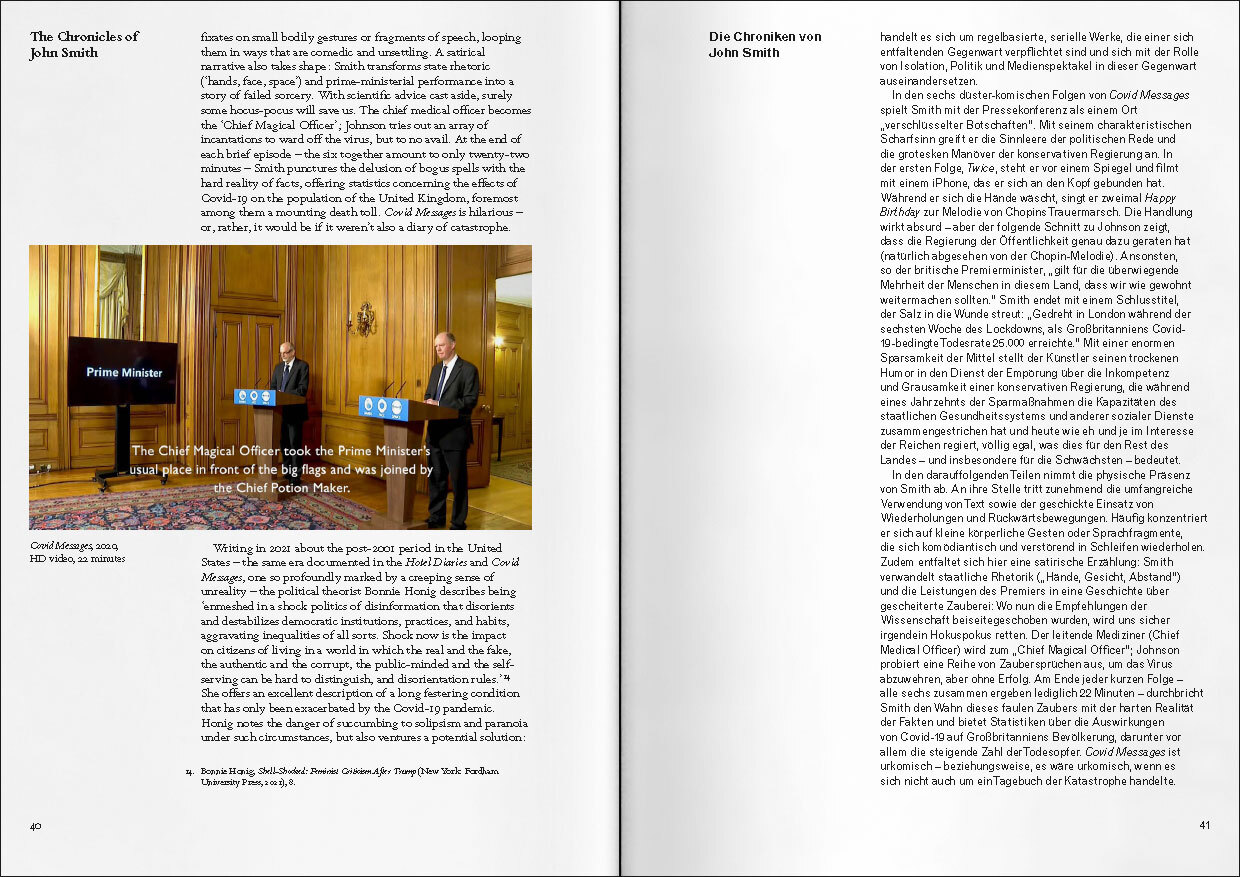 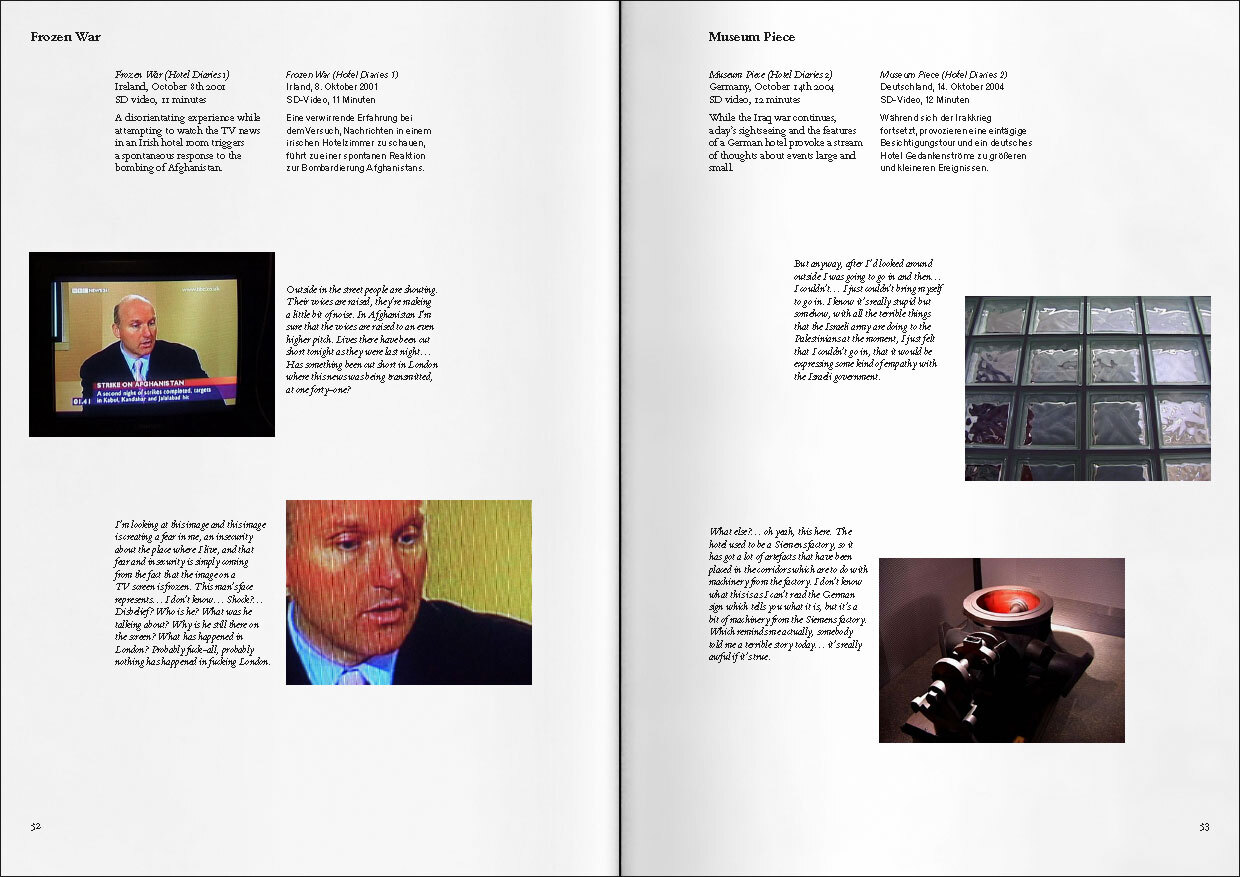 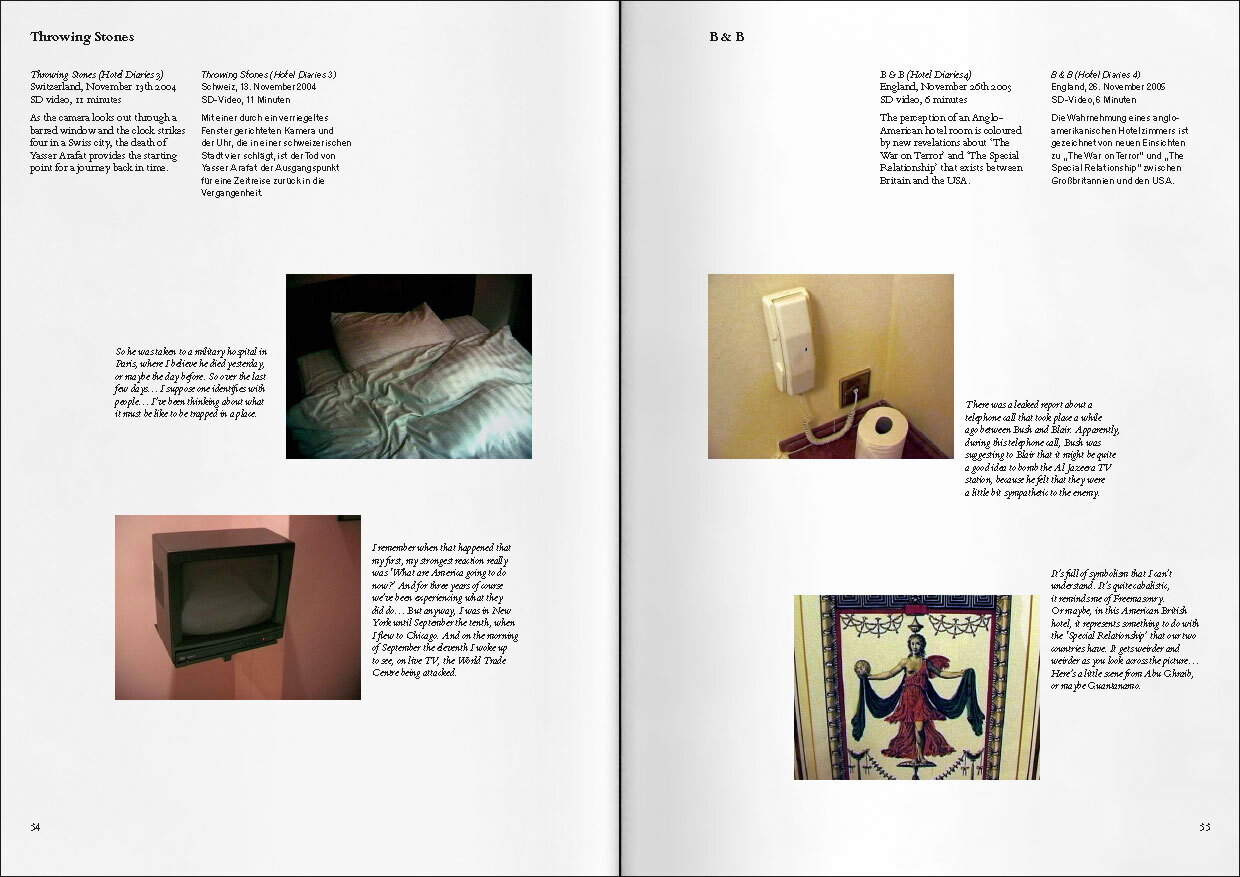 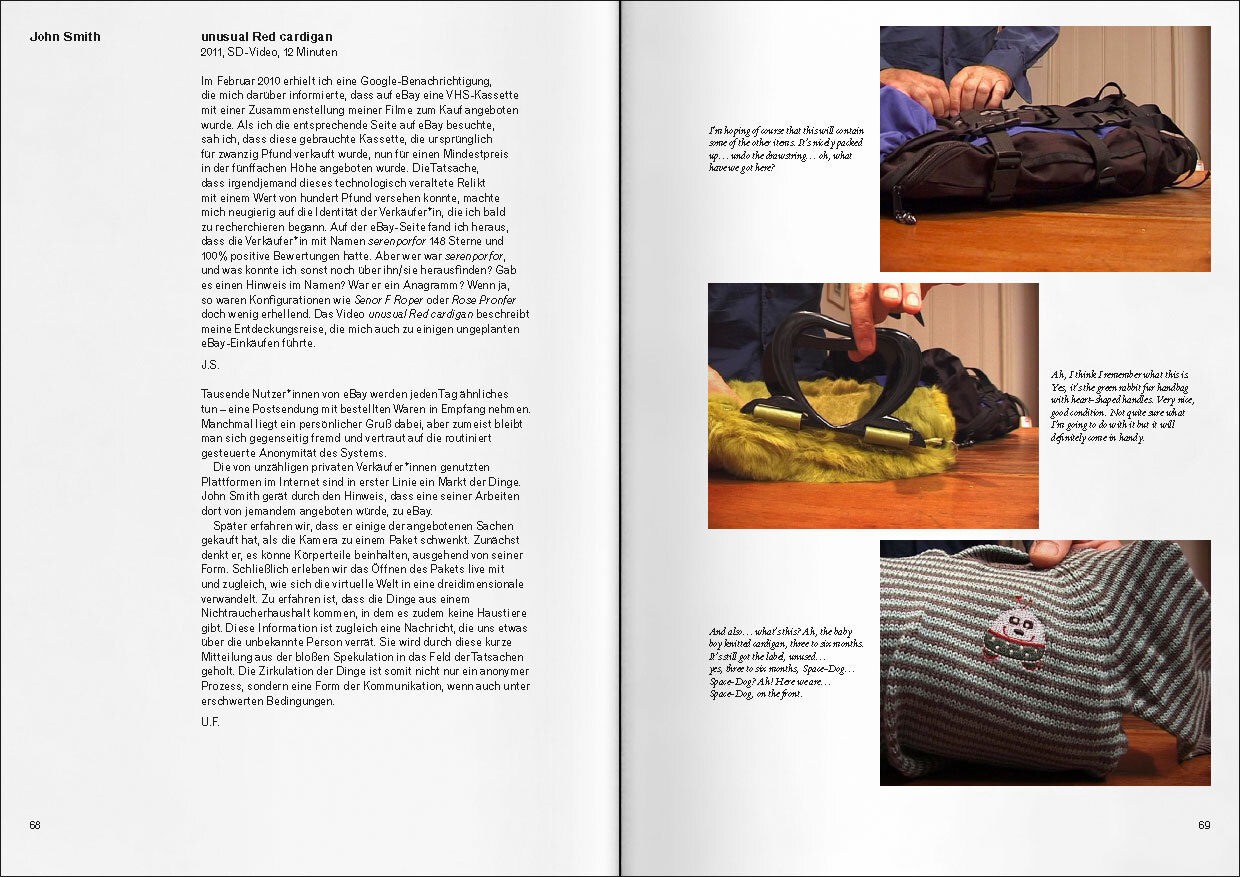 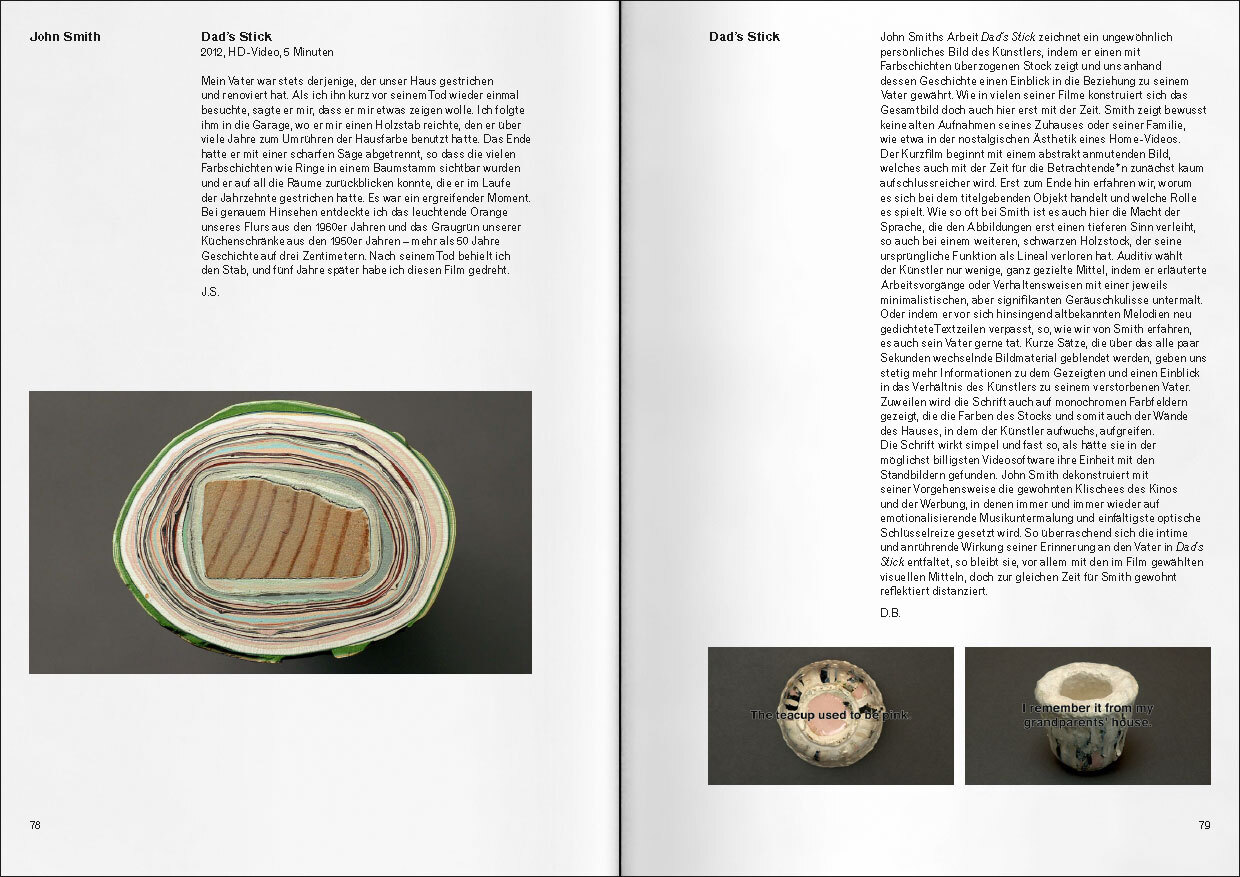 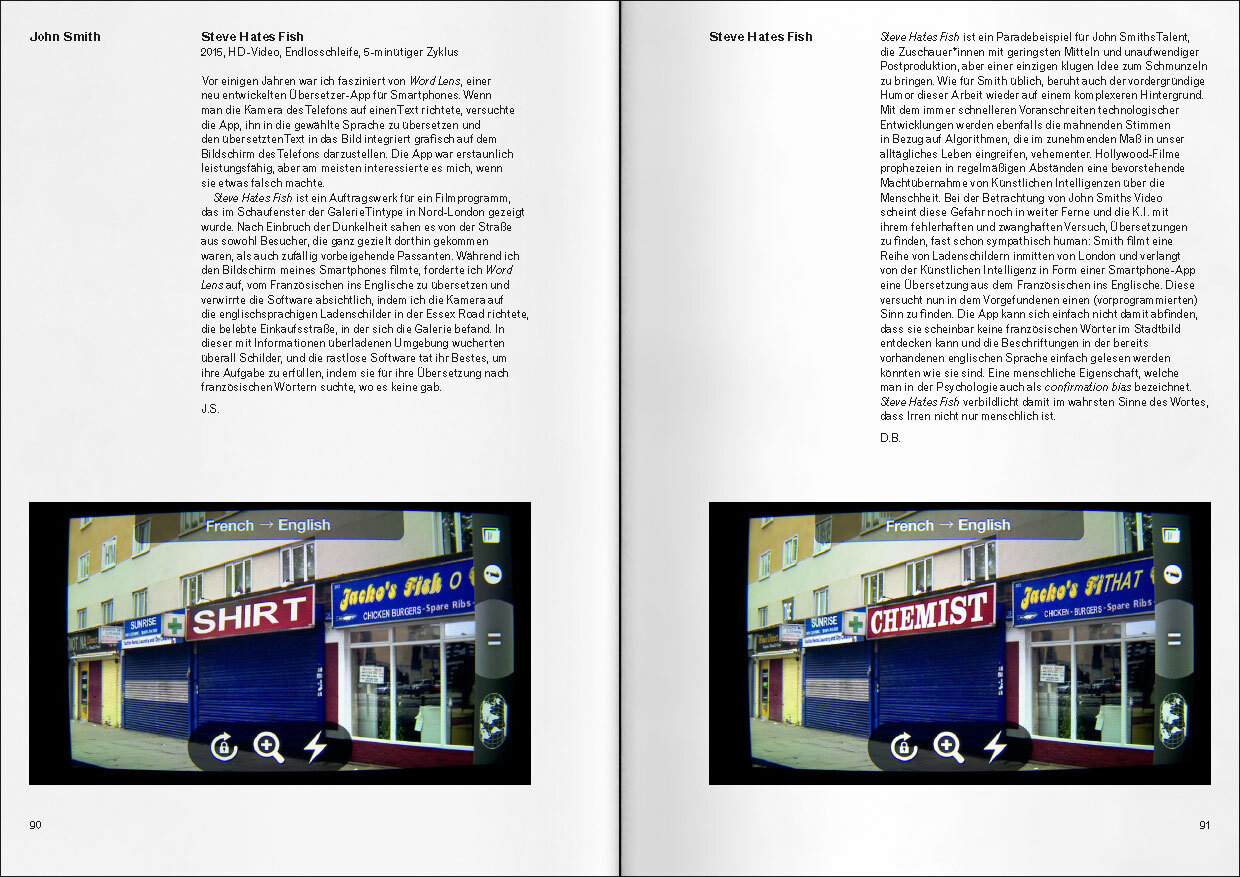 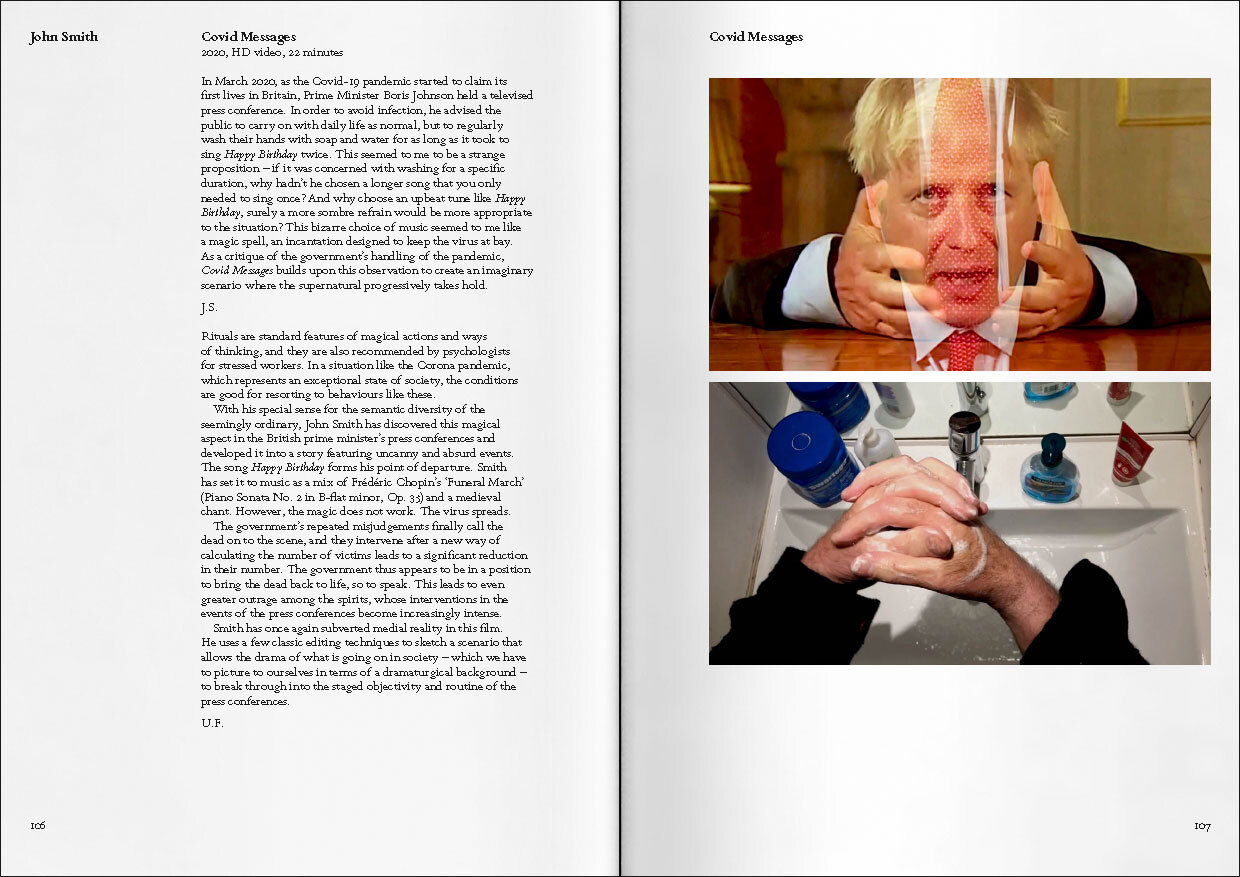 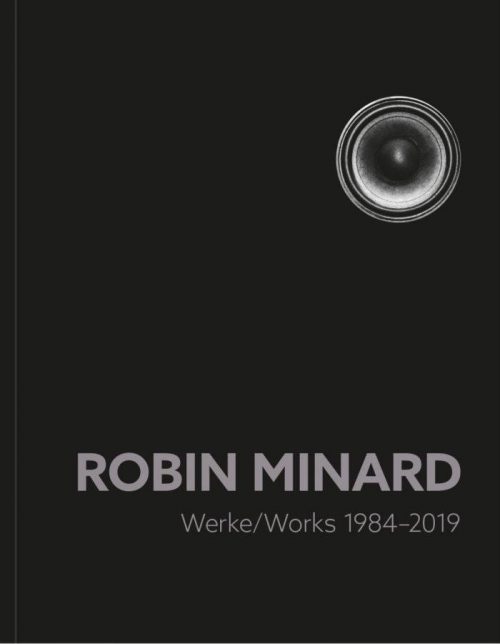