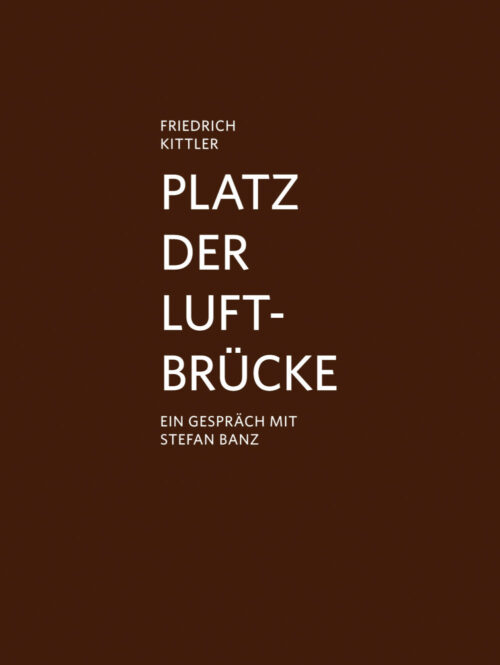 This extended new edition of the out-of-print publication of the same name, from the year 1996, appears on the occasion of the death of Friedrich Kittler. Along with an introduction, it contains an extensive and unabridged interview with Stefan Banz and Kittler’s unusual text skiagraphia, the shadowed text from 2005. The book vividly conveys how the perceptive, provocative and mischievous scientist thought, the manner in which he spoke, and reveals the things that interested him. It is a highly entertaining introduction to his philosophical, literary-historical and media science way of thinking.
»And Kafka always wrote so floridly to Milena: on the one hand there are these nice inventions that bring us closer, such as the car or aeroplane, and on the other there are nasty inventions that steal our kisses, such as the letter or telephone. And really I was always only interested in the letter and telephone and these ghosts, as Kafka calls them. And we really don’t need to be afraid of these. The telephone may be annoying, but we are not afraid of it. And I am not afraid of the computer at all, I worry about it, about its hard drive, like all these people who love their machines.«