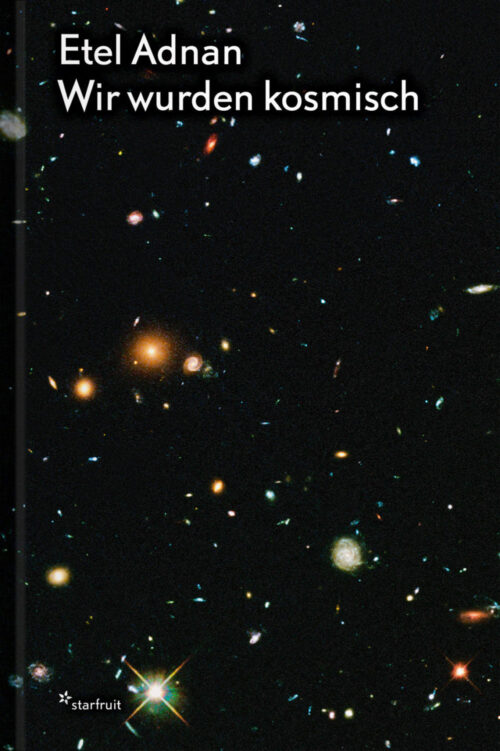 On April 12, 1961, the Russian cosmonaut Yuri Gagarin was the first man to fly into space, on March 27, 1968, he died in a plane crash: belief in the future, world politics, technical progress, mythology, life and death—all this culminates in the tragic for Etel Adnan’s figure of Yuri Gagarin. Moved by these events the by the time 43-year-old Lebanese poet, painter and thinker Etel Adnan wrote the poem "A funeral march for the first cosmonaut", a lament for the new Icarus, a poetry cycle in which space and philosophy connect with contemporary and cultural history.

In 1968 Adnan lived in California. Today she is settled in Paris. At the age of 94, Etel Adnan again thinks about her poem and the implications of the deep-rooted human yearning to populate the universe: what ecological and political hubris lies behind it? Which cultural-historical meaning does the motive of the expansion have? And what effect does this have on art? With Joshua Gross and Moritz Müller-Schwefel, Etel Adnan talks about overthrows, heightening of consciousness and heights of fall, transgressing boundaries (for better or worse), about the place of humanity in space, about the urge to move on to something new, about revolutions and about their childhood ,

"A funeral march for the first cosmonaut" will be accompanied by drawings inspired by Adnan's renewed exploration of space travel, as well as photographs showing missile launches of Russian spaceships. Notwithstanding that Yuri Gagarin's first spaceflight indirectly fueled the Cold War, Etel Adnan sees a collaborative, human experience in space that has opened up new possibilities and, most importantly, an impact: we all became cosmic! 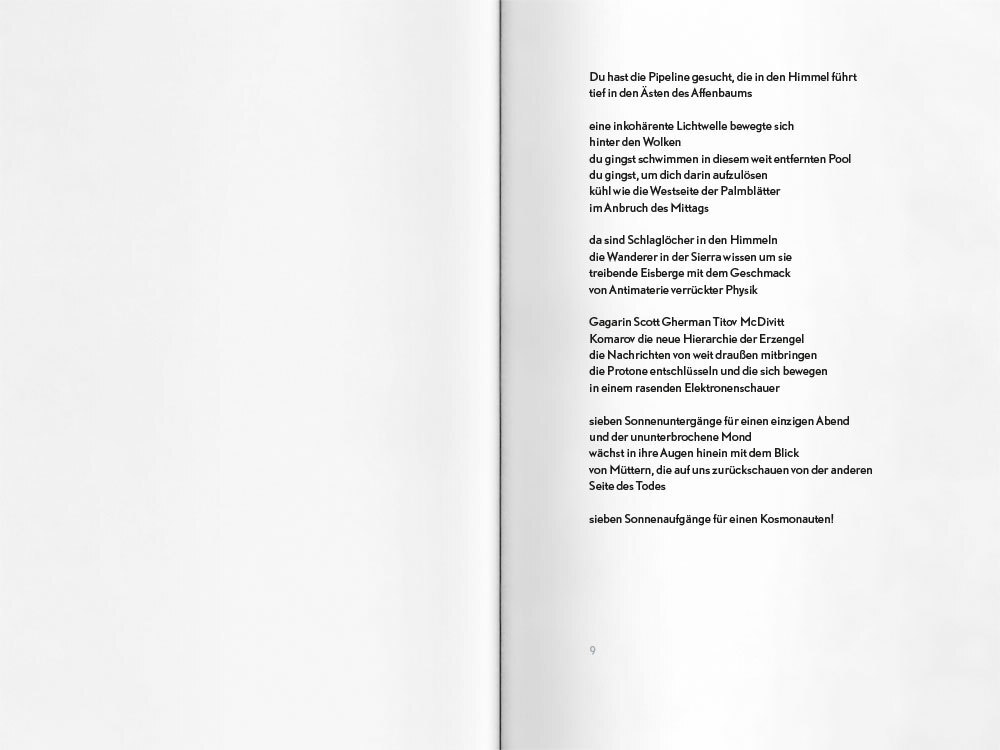 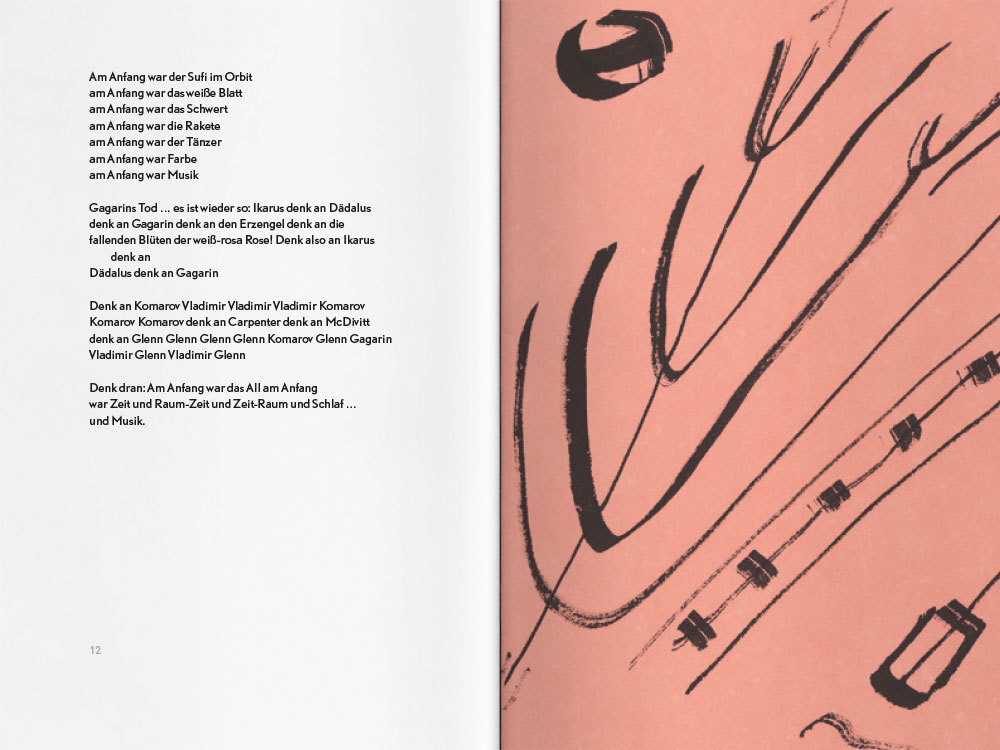 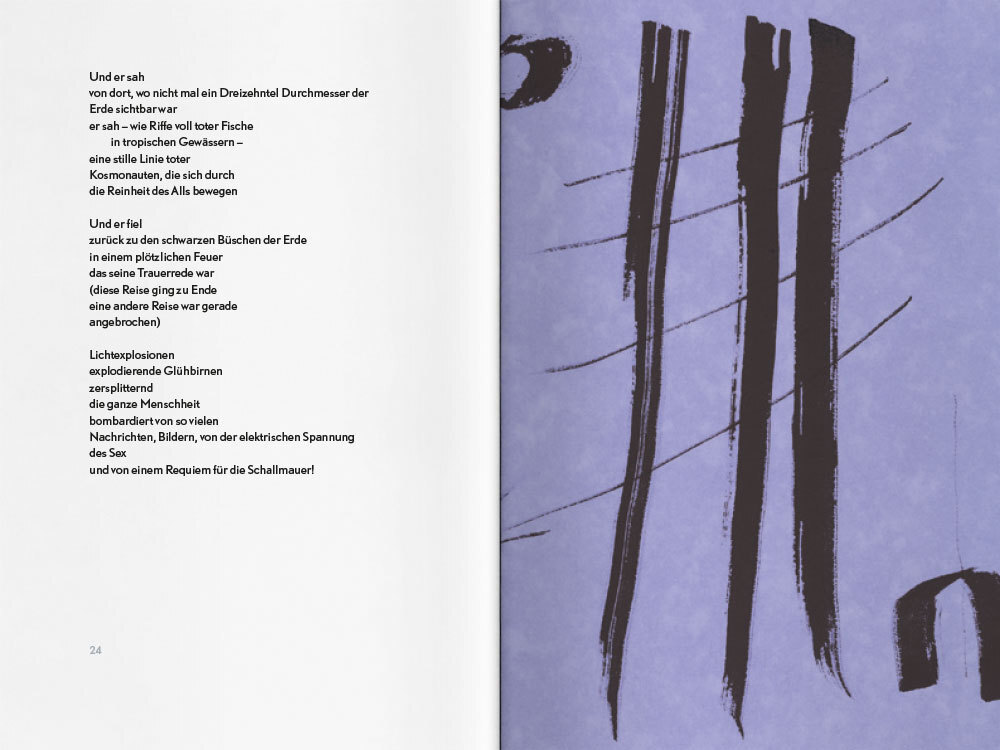 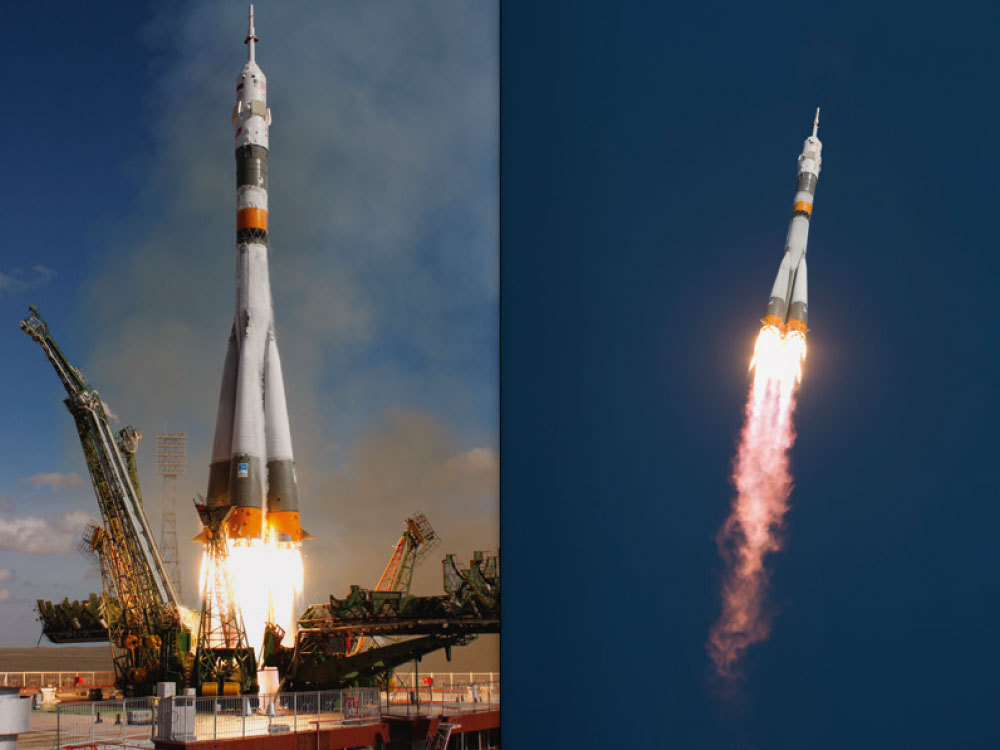 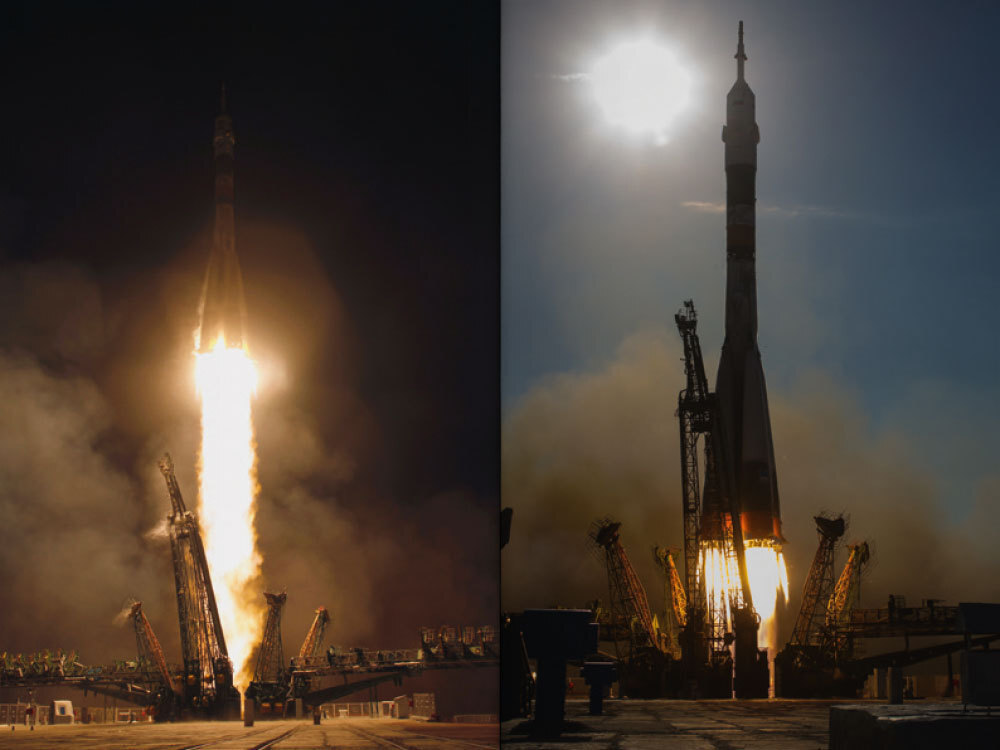 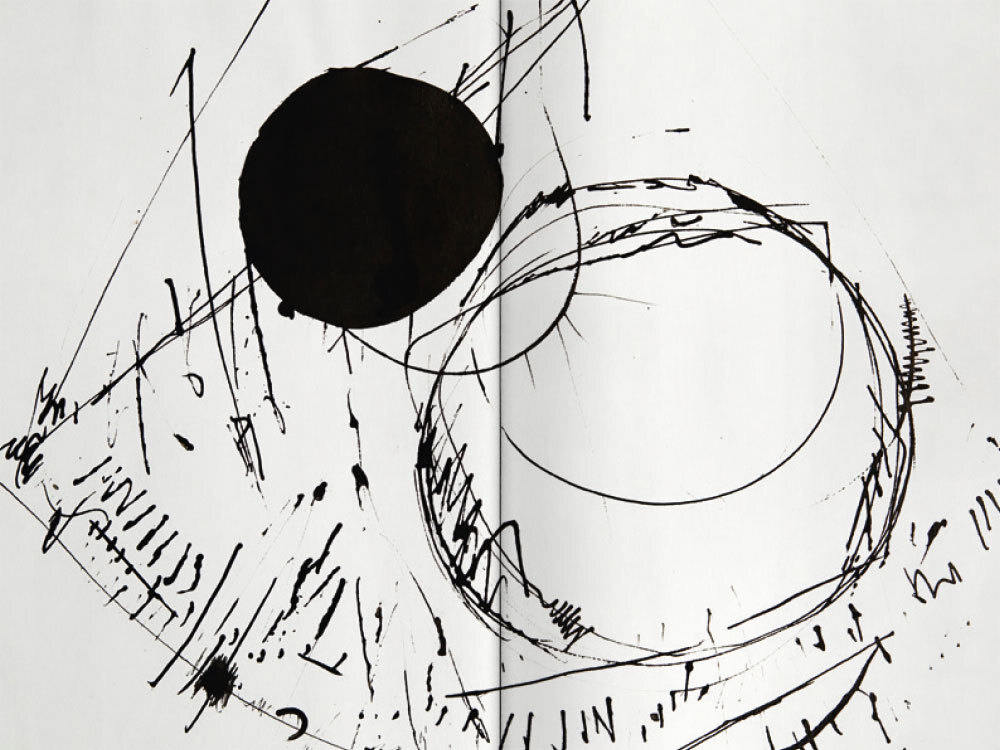 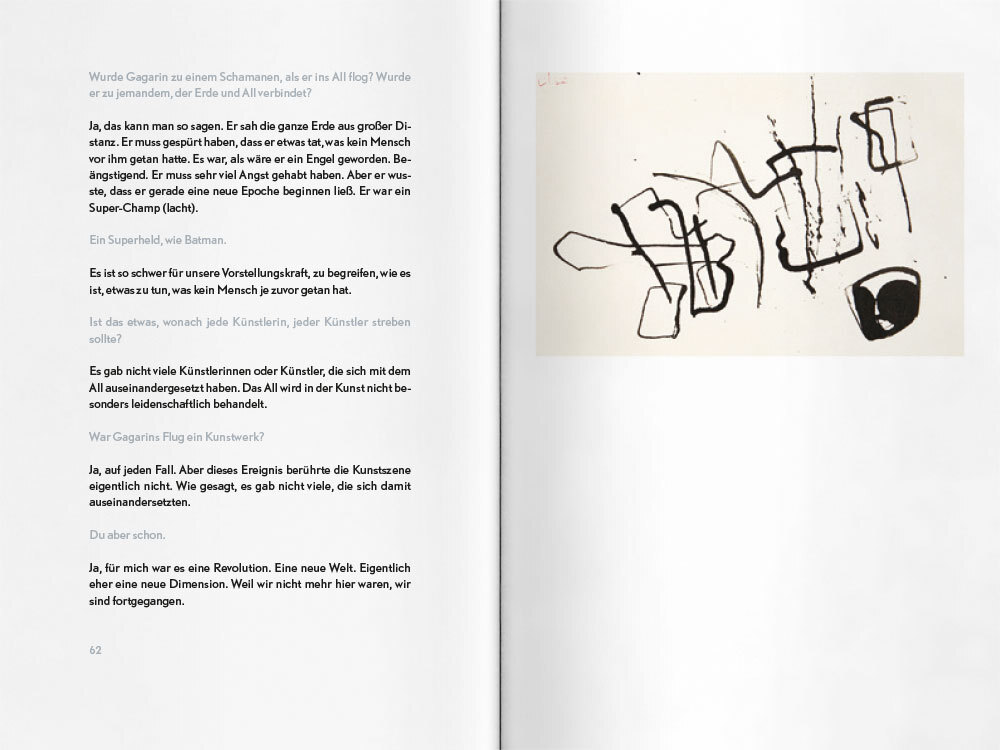